Last week, while looking through a box that I had packed away some years back, I found a recipe box full of recipes that had belonged to my Aunt Frieda Torbeck.

She was my dad’s oldest sister, and was one of many St. Paul girls who left home when they were teenagers and took positions in homes in larger cities. An official network existed between cousins and friends looking for jobs, and this kept a steady stream of young Fayette County women traveling to cities such as Decatur, St. Louis and Chicago.
Aunt Frieda worked for years as a housekeeper and planning dinner parties was a common duty. Many of the recipes she had used for these parties, dishes I had never heard of, were kept in this recipe file box.
Frieda held a position with the same family for a number of years. The wife had died and my aunt cared for the two children, as well as the home, for her employer, an investment banker. He also gave her advice on investing money, which left her with a comfortable retirement.
Many farm girls later returned home were married and raised their own families down on the farm, but not Frieda.
Her travels included the North American continent, with visits home every two years. I remember as a child looking forward to her visits, because she was like a breath of fresh air into our humdrum lives. After all, she was a city woman.
Frieda would sit at the table and take part in conversations with the men and, well, she smoked! Raleigh cigarettes were her brand. This was an uncommon sight in my narrow world experiences in the 1950s and stands out in my memory.
When great-grandma Bernice Meyer was 17, she, too, felt it was time to leave home, go to the city and work, so she could help her mother who was a widow. My mother did the same and, like Bernice, sent money home each week.
As chance would have it, a Bingham man, Harry Perry, said his stepmother who lived in East St. Louis needed a girl to help her around the house. If Bernice took the job, she would be required to help with dishes, do the laundry and help his stepmother in any way possible for weekly wages of $6 and board.
I think she lasted two weeks. Grandma once told me that Mrs. Perry was a “hard task-master and made sure she got every penny worth of work out of you.”  The house was a two-story brick and the water was heated in the basement.
“I would get all the washing done hung up and dried, and she would tell me it wasn’t clean and (that) I had to wash it again,” which meant trudging up and down the basement steps one more time.
Returning home to Bingham on the Nickel Plate Railroad, Bernice told no one of the treatment she had received in the two weeks in Mrs. Perry’s employ. Her cousin, Mildred Harris, also from Bingham, replaced Bernice in the job and headed to East St. Louis.
On her first weekend home, Bernice asked Mildred if the old woman had made her wash the laundry again. Mildred’s reply was, “Sure, she tried, but I just got the clothes wet again and she was none the wiser.”
In 1928, Mildred and Bernice both responded to an ad in “Prairie Farmer” magazine and traveled to Chicago. The pay was $8 a week and the girls worked for three families of Jewish lawyers.
Bernice stayed there for three months and came back to Fayette County and a job at Lund-Maudlin Shoe Factory, making 16 center an hour.
One scary memory she had from the Chicago job was the threat of being abducted for the white slave trade, prevalent at that time. She had been cautioned by her employer to be on her guard and to take no chances.
One night, she was followed from the bus stop. She ran into a neighborhood grocery and, using their telephone, called the home where she worked. Her boss came to the grocery store and escorted her home. The threat was real.
Aunt Frieda and Bernice are only two of the hundreds of Fayette County girls who went into domestic service at an early age. The informal job search network among them played a vital part in this exodus of young women into the city. 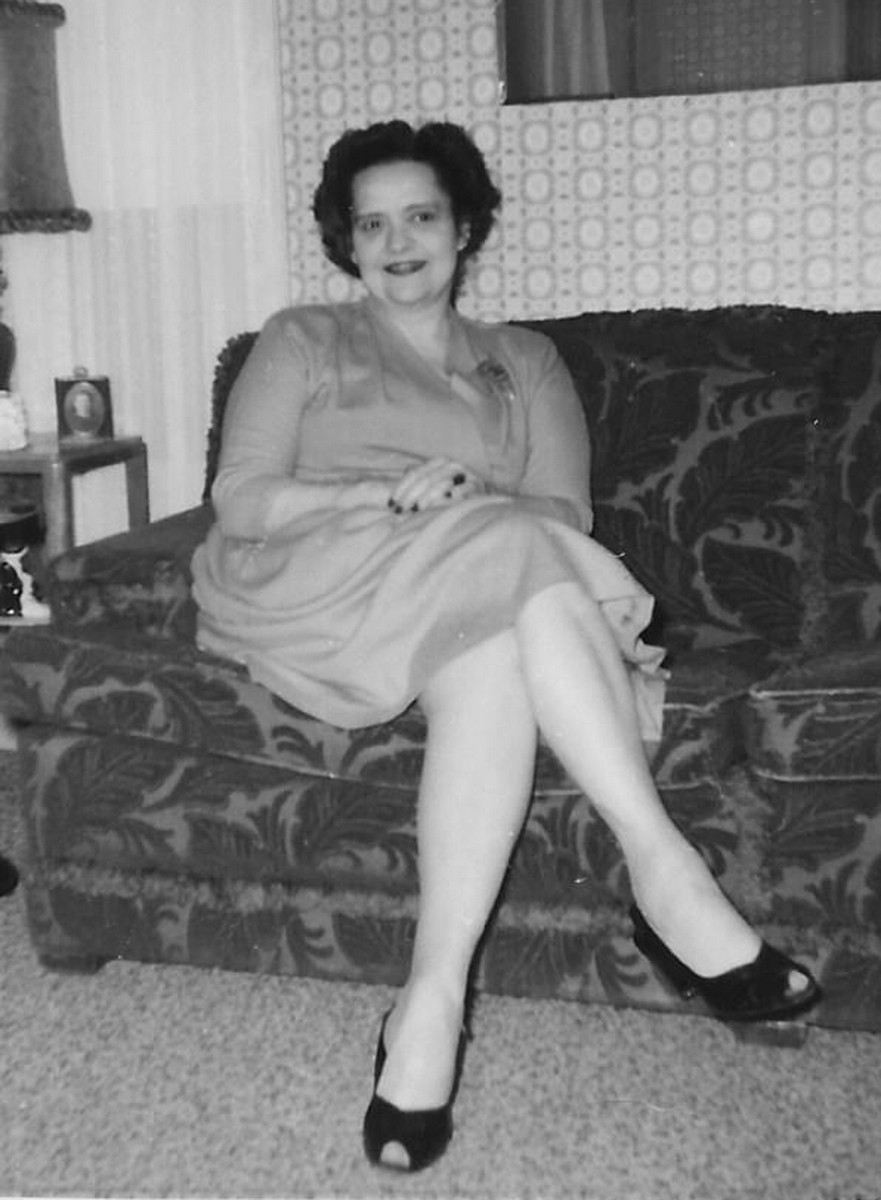