As the crowd gathered at the Brownstown Veterans Memorial Wall for the 20th annual Memorial Day Service, presented by the Brownstown VFW Post 9770, with numerous red, white and blue American Flags flowing in the breeze against a background of white clouds drifting across the blue sky, it seemed to be a picture of peacefulness and beauty.

Looking closely, one saw at the base of the Memorial Wall a silent symbol of the reason for the event – an empty pair of an U.S. Army soldier’s worn boots with his dog tags across them, next to the folded and encased American Flag that had covered the soldier’s casket.
The silent symbols were testimony to the sacrifices made to allow us to be able to enjoy the freedom of attending such services without fear.
It also honored the life and memory of that soldier who had fought for our country, and although he didn’t die on the battlefield in another land, his life was given as a result of having fought on that battlefield on foreign soil for our country.
The soldier was the gunner and a great friend of Tom Lucken, Post 9770 commander. The veteran had died just two days before Memorial Day, of weapon called Agent Orange.
The Rev. Tom Fedrigon served as master of ceremonies and extended the welcome. Following the resentation of colors by Post 9770, Fedrigon gave the invocation and led the Pledge of Allegiance.
The Brownstown Community Choir followed with a medley of patriotic songs.
Commander’s Address
Tom Lucken gave the commander’s address, a very moving speech.
“I am a Veteran” was written about this country’s veterans from all conflicts: 1776, the war for Independence; War of 1812; the Alamo; Civil War, Spanish-American War; World War I; World War II; Vietnam War; Lebanon; Grenada; Cold War in Europe; South Korea; Panama; Desert Storm; Somalia; Kosovo; and Sept. 11, 2001-May 25, 2015.
“I’m a veteran – I will always fight for peace and freedom, not only for my own country, but the world. When called upon, I am willing to sacrifice my life for peace and freedom. I’m a veteran.
The address was written by Lucken “in Remembrance of my friends, family and fellow veterans who have sacrificed their lives for the love of this great nation.”
Donnie Smail read the names of Post 9770 who have died since last year’s Memorial Day service.
Kyzara Hissong, winner of the Patriot’s Pen essay content, read her winning essay, followed by Zeke Philpot, Post winner of the Voice of Democracy contest, reading his entry.
Memorial Day Address
Dave Stout, the state VFW junior vice commander, also gave an interesting Memorial Day address, beginning with a brief history of how Memorial Day started and the meaning of the special day.
He talked of how Americans learned about different locations throughout the world through conflicts in which our veterans served, including the Civil War; Spanish-American War, San Juan Hill; WWI-Belleau/Ardennes; WW II-Normandy, Bastogne, Battle of the Bulge, P.N. Tar-Iwo Jima-Hiroshima; Korea-Inchon-Chosin Res; VietNam-KheSan, Darama Valley, Hue Phn Bar; Desert Storm-The Highway of Death; IRAQ-Ranadi Fauujah Turrit; Afghanistan-Hellmund-Ballad, etc.
Stout said 1.3 million Americans have given their all, including prisoners of war, those who have been reported as missing and action and those who have suffered with post-traumatic stress disorder and committed suicide. The American soldier “knows the price of freedom,” he said.
Closing
Fedrigon gave the benediction, followed by the retiring of colors and firing of volleys by Post 9770.  The always-poignant strains of “Taps” were played on the trumpet by Sidney Rosborough as the 2015 Brownstown VFW Post 9770 Memorial Day service came to a close. 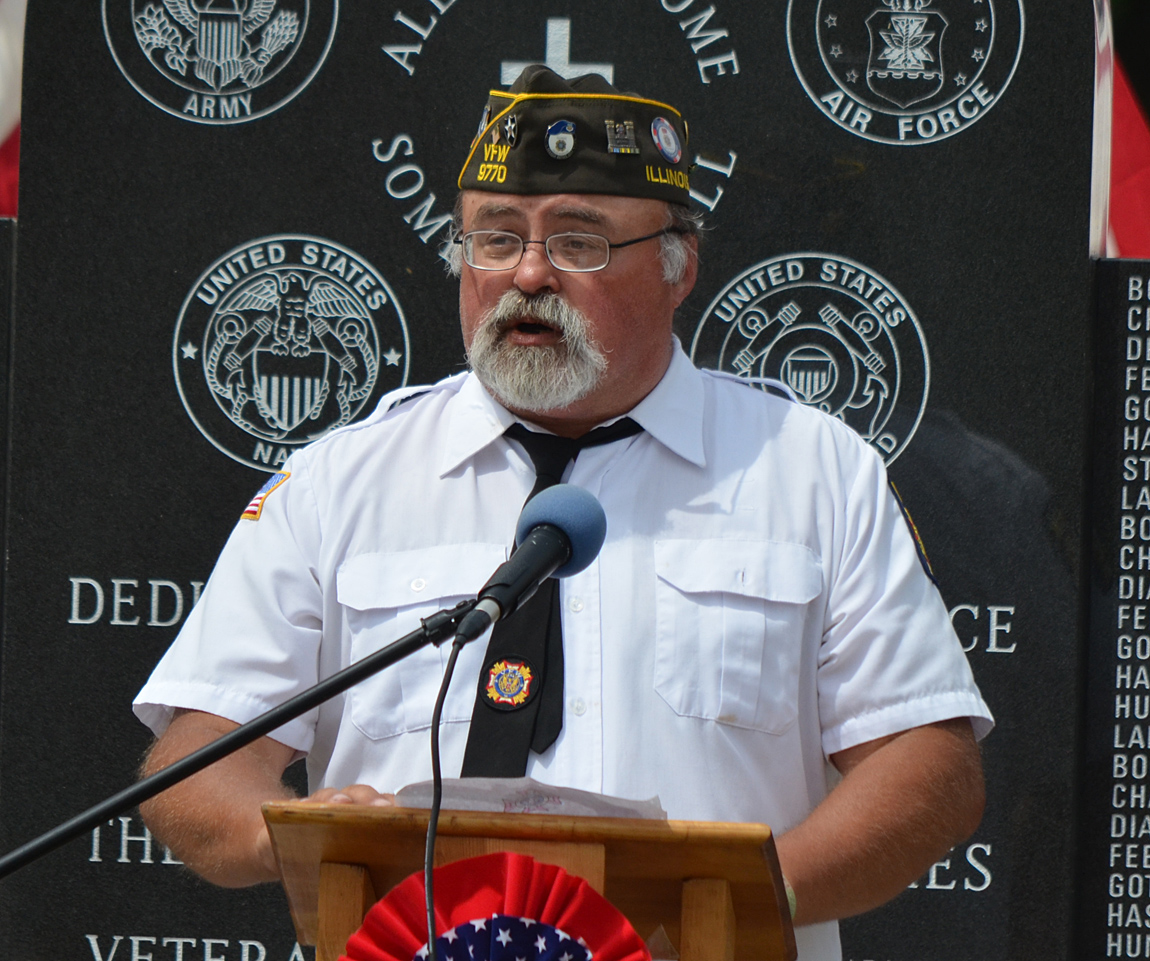 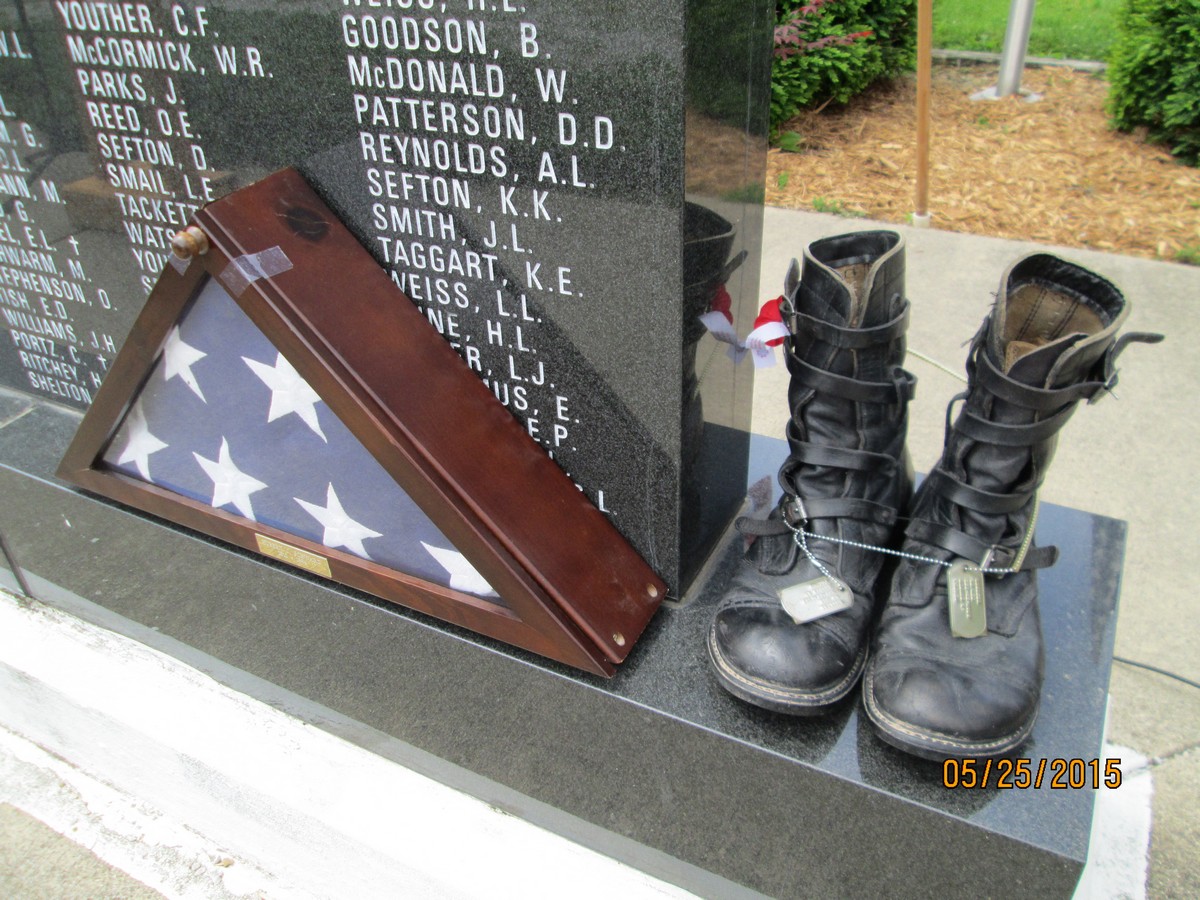 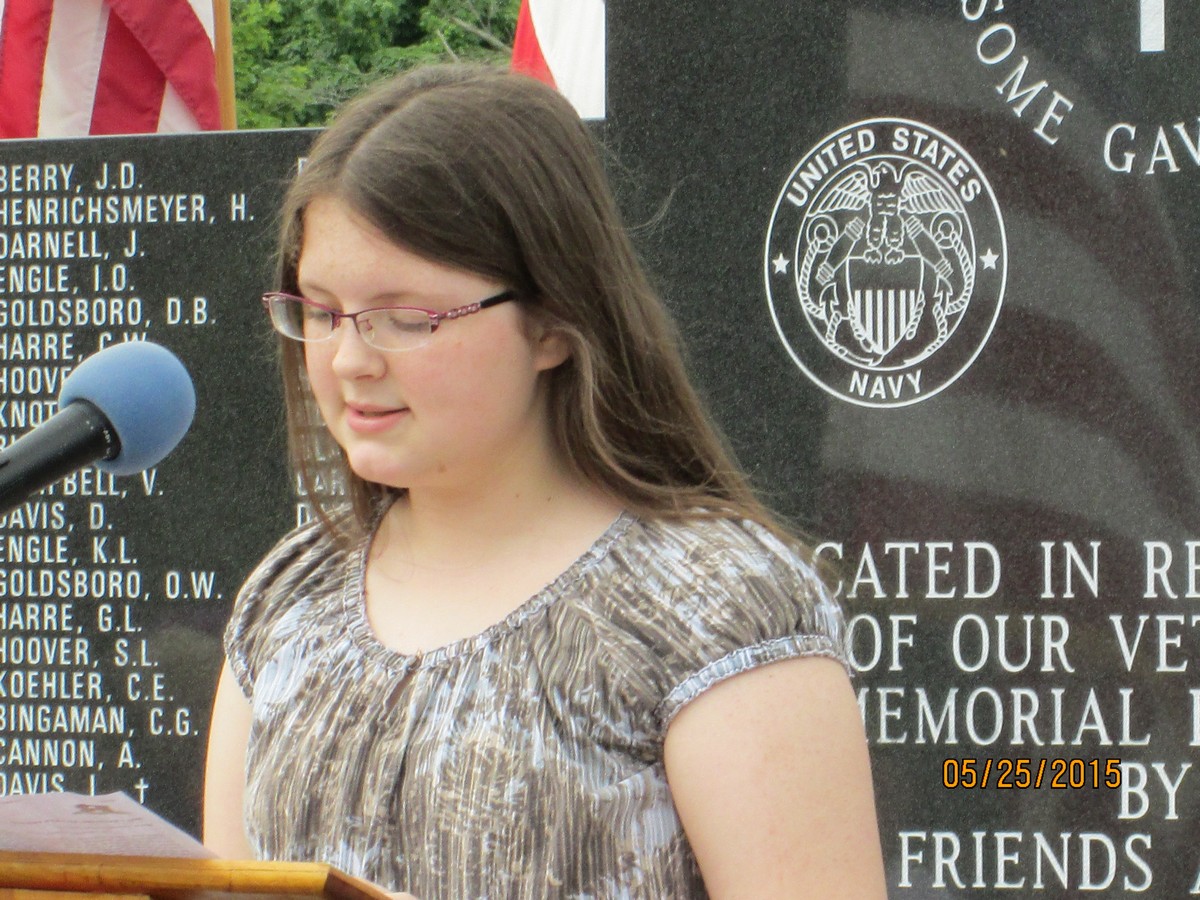 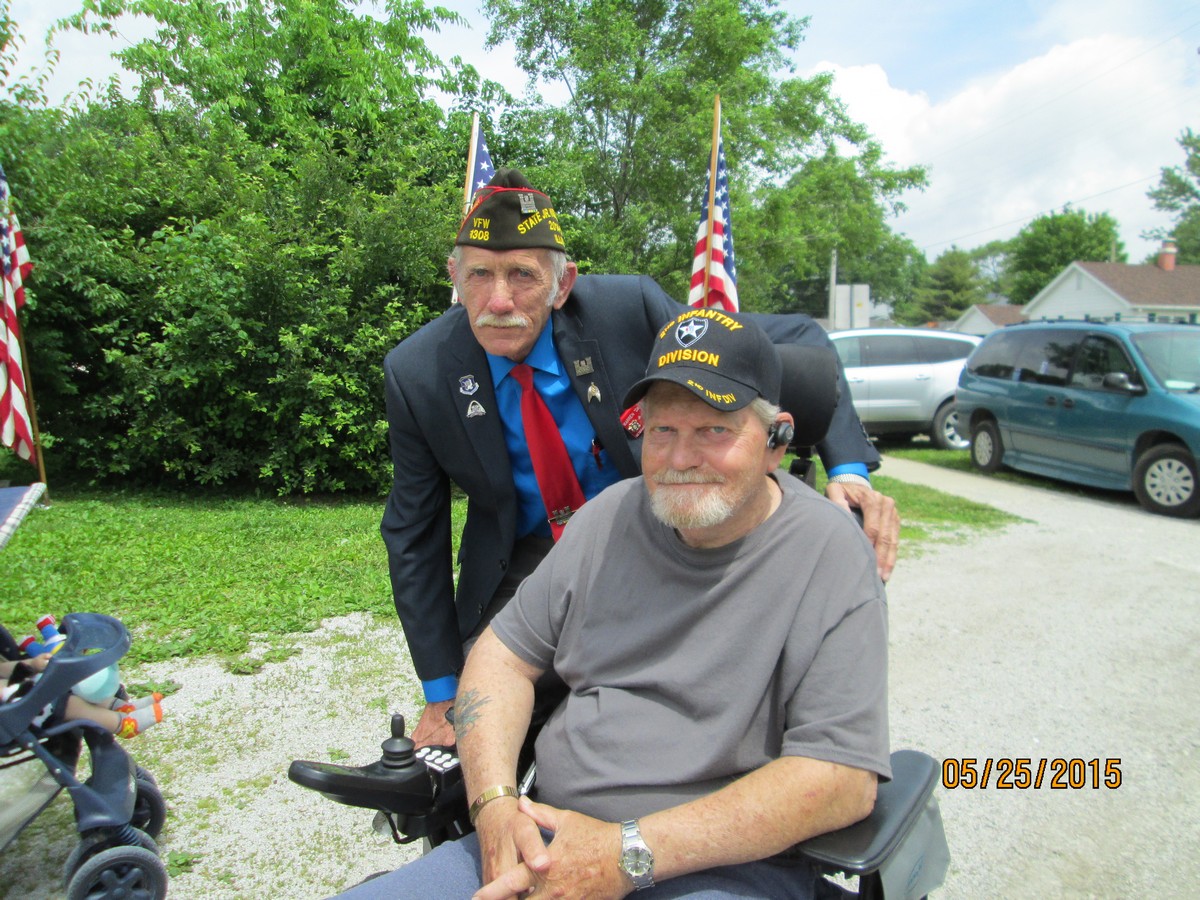