After his agency was among those called within eight days to search for three missing children, Fayette County Sheriff Chris Smith believed it was time to move forward on something he had been thinking about.

Smith and officers in his department were recently trained to use a drone that he had purchased with the assistance of State’s Attorney Joshua Morrison.
The sheriff had been talking with officers from other departments about their use of drones and the success that they had experienced with the aerial devices.
He also had been doing some research on drones, trying to find out which type would be best for his department.
“I’d been thinking about getting a drone for some time,” Smith said.
“Then, we had three children reported missing over an eight-day period,” he said. “I knew at that point that this was something that could be of great benefit, that it was time to do this.”
Smith turned to Morrison for help, and the state’s attorney gave the sheriff money from his asset forfeiture fund to purchase a drone.
For $1,900 from that fund, the sheriff’s office purchased a drone, monitor, extra batteries and a case. He bought the drone from Adam Houston of Altamont, and Houston recently trained Smith and members of his department on the use of the equipment.
Smith is now taking the drone around to area fire departments, giving demonstrations and training firefighters on its use.
The firefighters are getting involved because they are often called out to assist law enforcement agencies when an individual is reported missing.
And, because Illinois laws regarding drones are tighter than in most other states, that will be – at least for the time being – the primary use of the sheriff’s office’s drone.
The drone can legally be flown up to 400 feet to give its users a view from the sky while also recording video. On the average, officers on the ground can get a good feed for about three-quarters of a mile, Smith said.
In searches for individuals, he said, the drone will be used in conjuction with ground searches conducted by deputy Ronnie Stevens and his K-9 partner, Tex.
Recently, when a 9-year-old girl who had been playing hide and seek was reported missing, Stevens and Tex were called to help find her.
They accomplished that within an hour, “which their trainer said was extremely remarkable,” Smith said.
Now, the department’s search-and-rescue dog will be aided by its search-and-rescue drone.
“If somebody is missing, it (the drone) can be a huge tool,” Smith said.
For possible criminal offenses, Smith said, Illinois law currently prohibits the use of drones for initial investigations.
However, law enforcement agencies can ask for search warrants for use of a drone after an initial investigation has provided information about a crime in some cases. 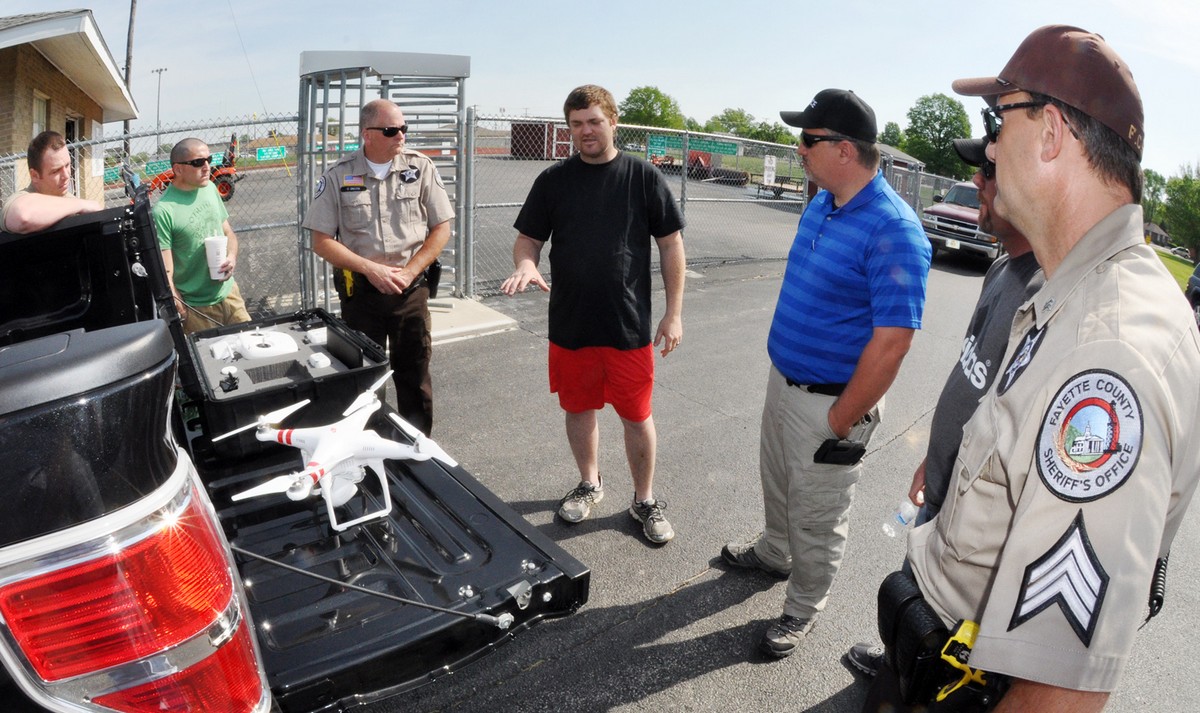