Vandalia’s Emma Meyer and Anna Miller advanced to the state track and field meet with their performances at the Gillespie Sectional last Wednesday.

And it wasn’t just those two members of her team that impressed Lady Vandals coach Gena Nance.
“We had some awesome things happen today,” Nance said.
Of course, those awesome things included Meyer taking second in the 100-meter dash, with a time of 13.01 seconds and second in the pole vault, at 10 feet, 3 inches; and Miller placing second in the 300-meter hurdles, with a time of 50.2 seconds.
Helping Vandalia to place fourth among 17 teams were four third-place finishes, a fourth place, three third-place finishes and a sixth place.
The third-place finishes included Johanna Walton tying at 5 feet in the high jump, and missing advancement to the state meet by just one miss.
Also with third-place finishes were:
• 4×200 relay team of Miller, Olivia Marquardt, Walton and Madison Klanke, 1:54.15.
• Jalea Paslay in the 800-meter run, 2:29.53.
• 4×100 relay team of Miller, Klanke, Paslay and Meyer, 53.03.
Miller placed fourth in the 100-meter hurdles with a time of 17.75.
Winning two points each for Vandalia were Klanke in the 200-meter run, with a time of 28.11 seconds; Paslay in the 400-meter run, with a time of 1:05.5; and Meyer in the triple jump, at 31 feet, 11.75 inches.
Marquardt gave the team one point with a time of 5:53.47 in the 1,600-meter run.
Auburn won the sectional meet with 140 points, followed by Carlinville with 98 points, Litchfield with 70 and the Lady Vandals with 58, 18 points ahead of fifth-place finisher Springfield Lutheran.
“In the 4×100, we got third, which is so awesome,” Nance said. “It’s not what we wanted, but it was still awesome.
“In the two-mile, Miranda (Mather) beat her personal best by two minutes. She ran a fantastic race and won her heat,” Nance said.
“In the 100 hurdles, Anna made the finals, the 4×200 won third place and ran their best time ever, Jalea was third in the 800, Emma was second in the 100 and pole vault, Anna was second in hurdles, Olivia was sixth in the mile and Madison was fifth in the 200.
“And, Johanna missed going to state by just one miss,” she said.
“We had some great performances by so many people.
“It was a fantastic day, even though we didn’t have all of the outcomes that we wanted,” Nance said.
“It’s been a fun season with a great group of girls.”
Nance will travel with Meyer and Miller to the state track and field meet on the campus of Eastern Illinois University in Charleston, with the preliminaries to be held on Thursday and the finals on Saturday. 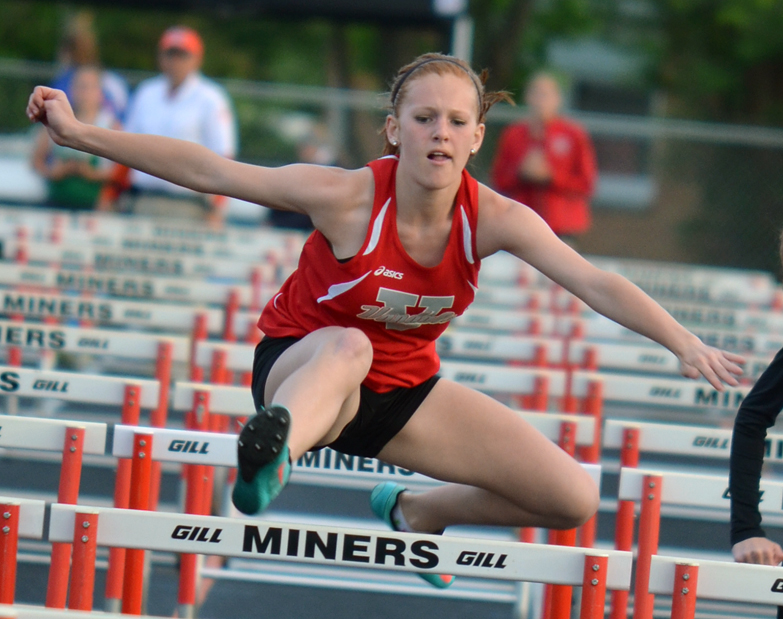 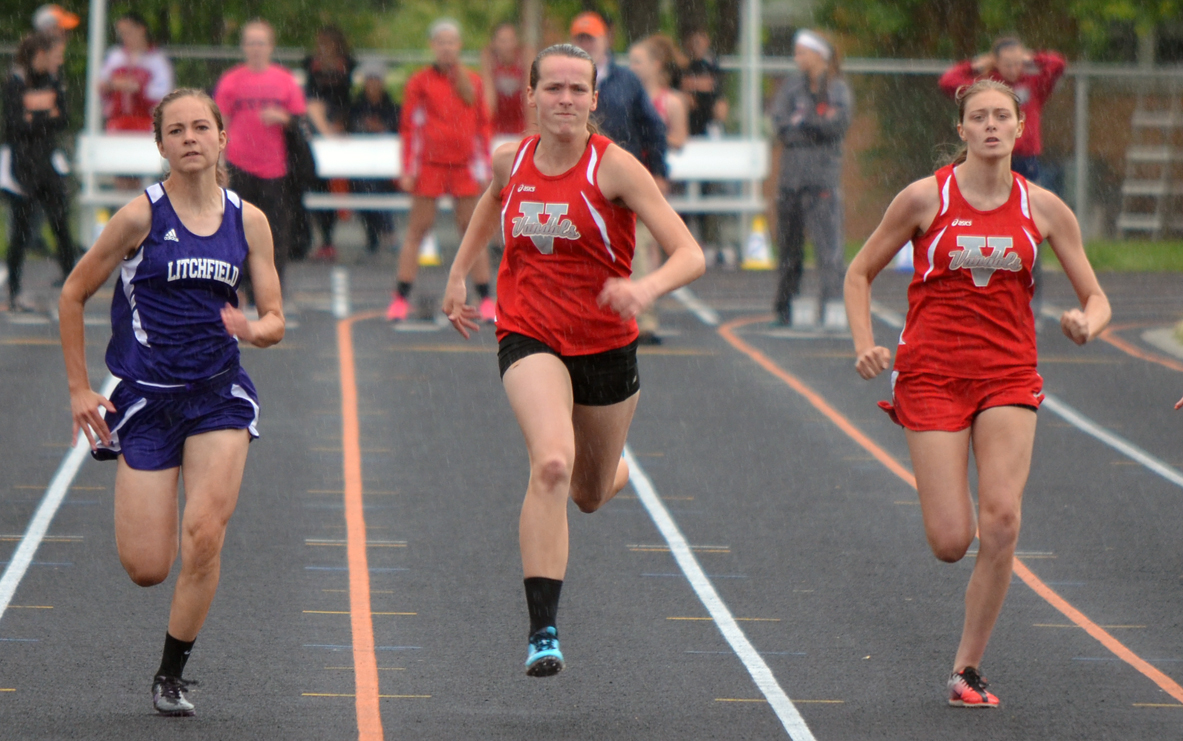