She is the daughter of Gary Lee Harre of Tularosa, N.M., and Bonnie Jean Harre of San Diego, Calif., and the granddaughter of the late Emblem Harre Sprague and Howard Harre.
Harre has been in the Reserves for almost 20 years. She has served in Afghanistan for a year as a paratrooper, and has trained both U.S. and allied paratroopers in this country and Afghanistan.
Harre has also trained allied troops in Asia and Africa in paratrooping, machine gunning and grenade launching.
A sharp shooter and battle medic, Harre has been awarded numerous ribbons and medals for service and bravery.
Harre is a deputy professional at the San Diego County Juvenile Corrections Center, where she has worked for about 20 years.
She graduated from San Diego State University, where she majored in athletics and starred in softball. 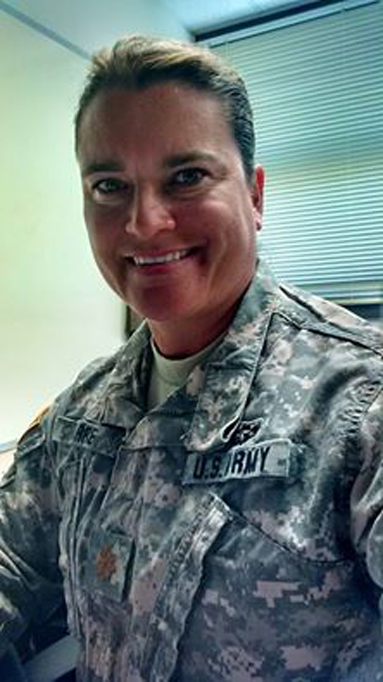