Vandalia is losing one of its major landmarks, a community building that has been unusable in recent years because of a couple of health and safety issues.

Workers last week began taking down the Evans Youth Center, the building at Eighth and Randolph streets commonly known as the Scout House.
Through that project, a Casey man is salvaging usable pieces of the structure in building a new home.
The Scout House is on property that the Vandalia Park District has turned over to the Evans Public Library District. The library district hopes to build a new library at that location in the future.
At a meeting of the Friends of the Library last month, Librarian Jessica Blain and members of the library district board unveiled architectural drawings for a new library.
There are currently no plans to begin construction on a new library. Blain said that the library district board is beginning discussions on how to fund the building, estimated to cost about $5 million.
According to Vandalia Remembered, the history book printed during Vandalia’s 175th Celebration, Charles and Josie Evans formed a corporation known as Evans Youth Centre in early 1950 as a way of providing a building for local Boy Scouts and Girl Scouts.
The property donated by the Evanses included the two-story log house and land to be used as an athletic field.
In 1963, the Evanses’ corporation turned over the property to the Vandalia Park District.
In February 2011, Mark Miller, then the president of the park district board, told The Leader-Union that the Scout House could no longer be used because of mold and termites.
“I think that if you walk in that place, you would understand that it needs to come down,” Miller said at a park board meeting in 2011.
Blain said at the March meeting of the Friends of the Library that the park district and library district are sharing the expenses related to taking the Scout House down. 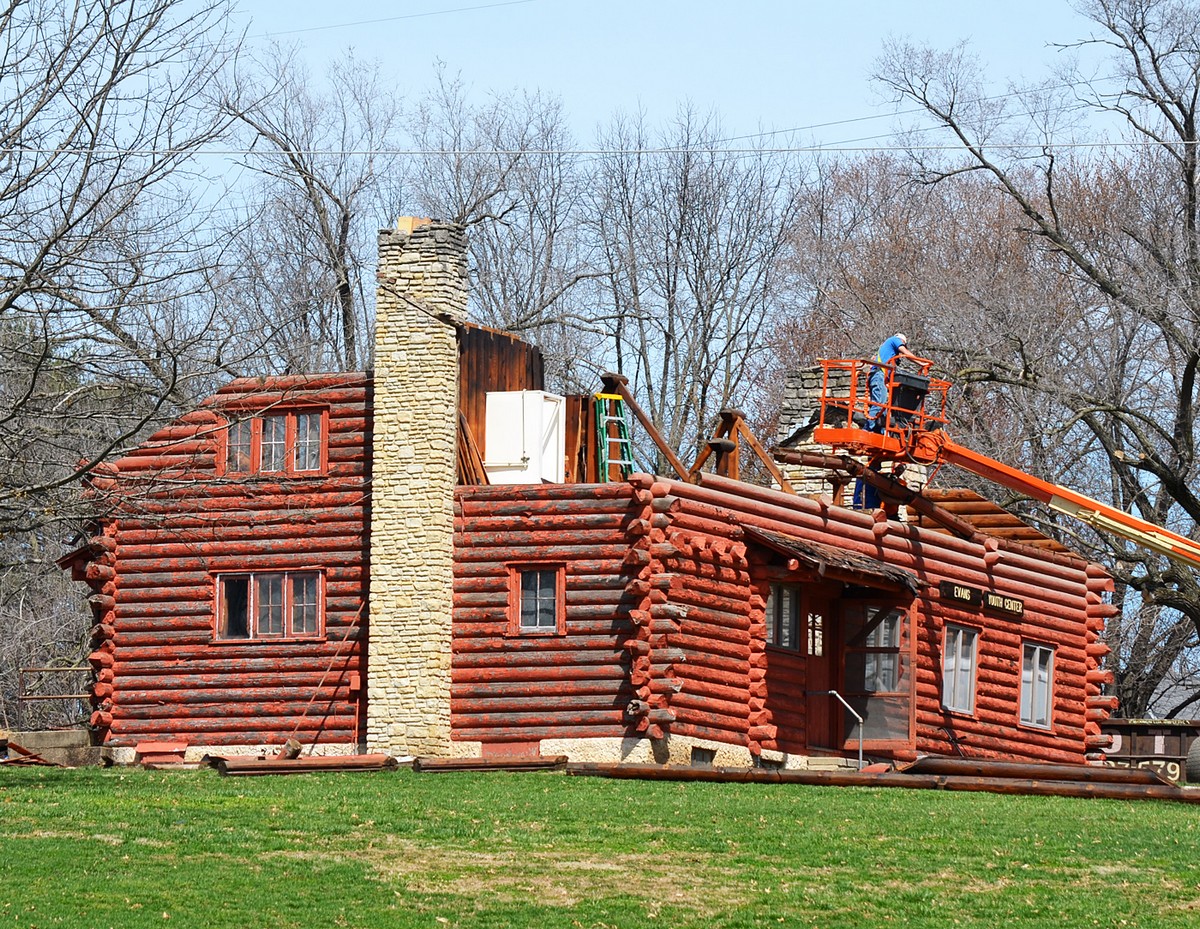