One day after a Vandalia man was arrested on four counts of aggravated discharge of a firearm, one of those counts was upgraded to attempted first-degree murder.

Travis E. Stewart, 38, was taken into custody by Vandalia Police early Sunday morning after allegedly firing a shotgun at a man and his vehicle, according to a report released by VPD Chief Jeff Ray mid-morning on Monday.
Bond for Stewart has been set at $100,000, and he is scheduled to make an appearance on those charges in Fayette County Court on Friday.
In information filed on Monday by the office of Fayette County State’s Attorney Joshua Morrison, the attempted first-degree murder charge filed against Stewart alleges that he “performed a substantial step toward the commission of that offense in that he … with the intent to kill Shane Nibert, discharged a 12-gauge shotgun at (Nibert).”
Attempted first-degree murder is a Class X felony punishable by up to 30 years in prison, or up to 60 years in cases where a defendant is eligible for an extended term.
The three counts of aggravated discharge of a firearm filed by Morrison’s office allege that Stewart discharged a firearm in Nibert’s direction.
Aggravated discharge of a firearm is a Class 1 felony punishable by up to 15 years in prison, or up to 30 years if the defendant is eligible for an extended term.
According to the report released by Ray, an individual ran into the police department at 1:57 a.m. on Sunday and reported that a male individual shot at him and his car.
Officer Rob Thompson arrived two minutes later at the residence where the shots were fired, and saw Stewart near the rear entrance, with VPD Sgt. Jeff Tippen arriving at the scene at that time.
After verifying that Stewart was not armed, Thompson entered the kitchen and saw a 12-gauge shotgun and large black folding knife.
Officers learned that two men and a woman were peacefully discussing a domestic issue, according to the woman. She told police that she left the two alone, and a short time later, she saw Stewart holding a gun.
The woman told police that she ran upstairs, then heard gunshots.
According to the report, Stewart admitted to accidentally fired a shot inside the residence, but denied shooting the gun outside the home. Outside, police found three spent .12-gauge shells.
The report states that the vehicle of the complainant had shotgun pellet holes in the front passenger fender, hood and windshield.
The complainant alleged that Stewart pointed the shotgun at his face, and that he grabbed the barrel and that a shot was fired as the two struggled.
The complainant told police that he heard the gun fired once as he was going to his vehicle, then heard a second shot, which he said broke the windshield of his vehicle. 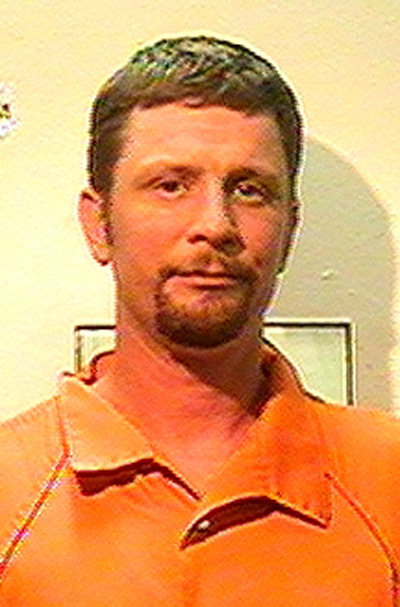