Greenville 7, Vandalia 1
Greenville scored six times in the seventh inning to hand Vandalia its first loss of the season.

Vandalia jumped out to a 1-0 lead in the first inning, with Richie Well scoring from third on a sacrifice fly by Tucker Willms.
Greenville knotted the score in the fourth inning, and the game remained tied until the Comets broke loose with six runs in the final frame.
Alec Schroeder took the loss for the Vandals, who are now 2-1 on the young season.

Vandalia 18, Ramsey 4
The Vandals scored 12 runs in the second inning and added six more in the third on their way to a win over Ramsey in a five-inning contest.
Kelly Jones recorded the win for Vandalia, striking out four, walking two and allowing four hits in three innings of work. Zach Schaal pitched the final two innings, striking out one, walking two and giving up four hits.
Jones also led the Vandals offensively, going 2-for-2 with a double and a triple, and driving in four runs. Collin Nestleroad, Todd Ashdown, Richie Well, Schaal, Tucker Willms, Jake Bowen, Jake Stewart, Alec Schroeder and Garrett McNary each had one hit.

Neoga 3, BSE 1
A walk-off home run gave Neoga a win for Brownstown/St. Elmo on Tuesday afternoon.
Drake Hall took the loss in throwing a complete game, giving up six hits, striking out three and walking one.
Cole Horner was 1-for-2 with a double for the Bombers, and Noah Flowers and Isaac Maxey each went 1-for-3.

BSE 16, Clay City 5
Brownstown/St. Elmo pounded out 13 hits in picking up its first win of the season on Monday.
Cole Horner led the offensive attack, going 3-for-3 with three doubles and 2 RBI. Noah Flowers, Drake Hall, Nate Matthews and Jeffrey Kelly each had two hits for the Bombers, and Blake Seibert and Dalton Denton each contributed one hit.
Lewis Brown got the win, giving up just two hits while striking out five and walking seven.
The Bombers improved to 1-2 on the season.

Alden-Hebron 12, BSE 2
The Bombers were limited to four hits in a contest in Brownstown on Saturday morning.
Alden-Hebron scored nine times in the first inning and added three more in the second, while BSE scored both of its runs in the third inning.
Lewis Brown, Cole Horner, Wade Ireland and Nate Matthews each had one hit for BSE.
Noah Flowers took the loss for the Bombers in pitching three innings. 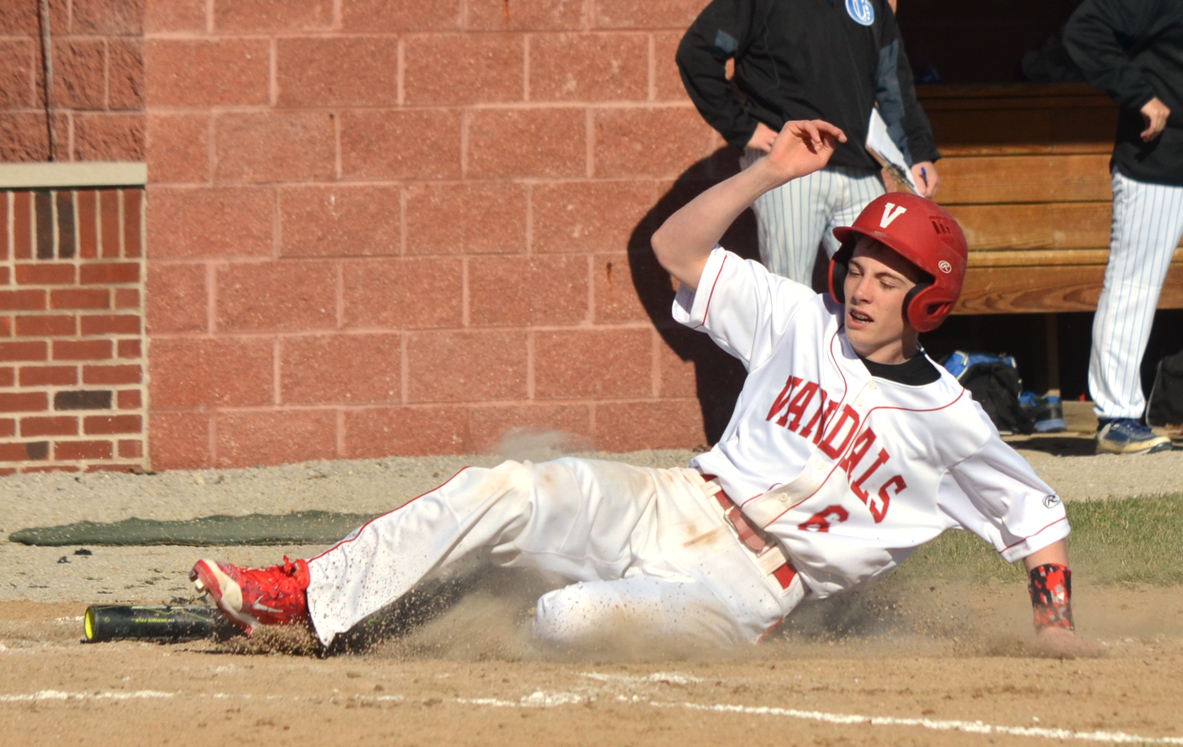 Richie Well scores on a sacrifice fly by Trevor Willms to give the Vandals a 1-0 lead in the first inning of Tuesday’s home contest against Greenville. The Comets scored six times in the seventh to win 7-1. 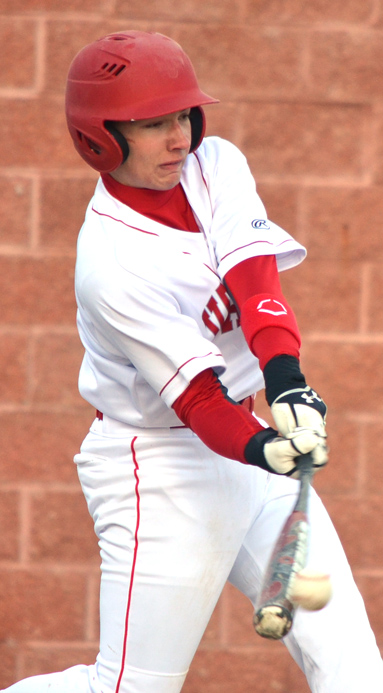 Alec Schroder drives a single to right in the Vandals’ win over Ramsey on Friday. 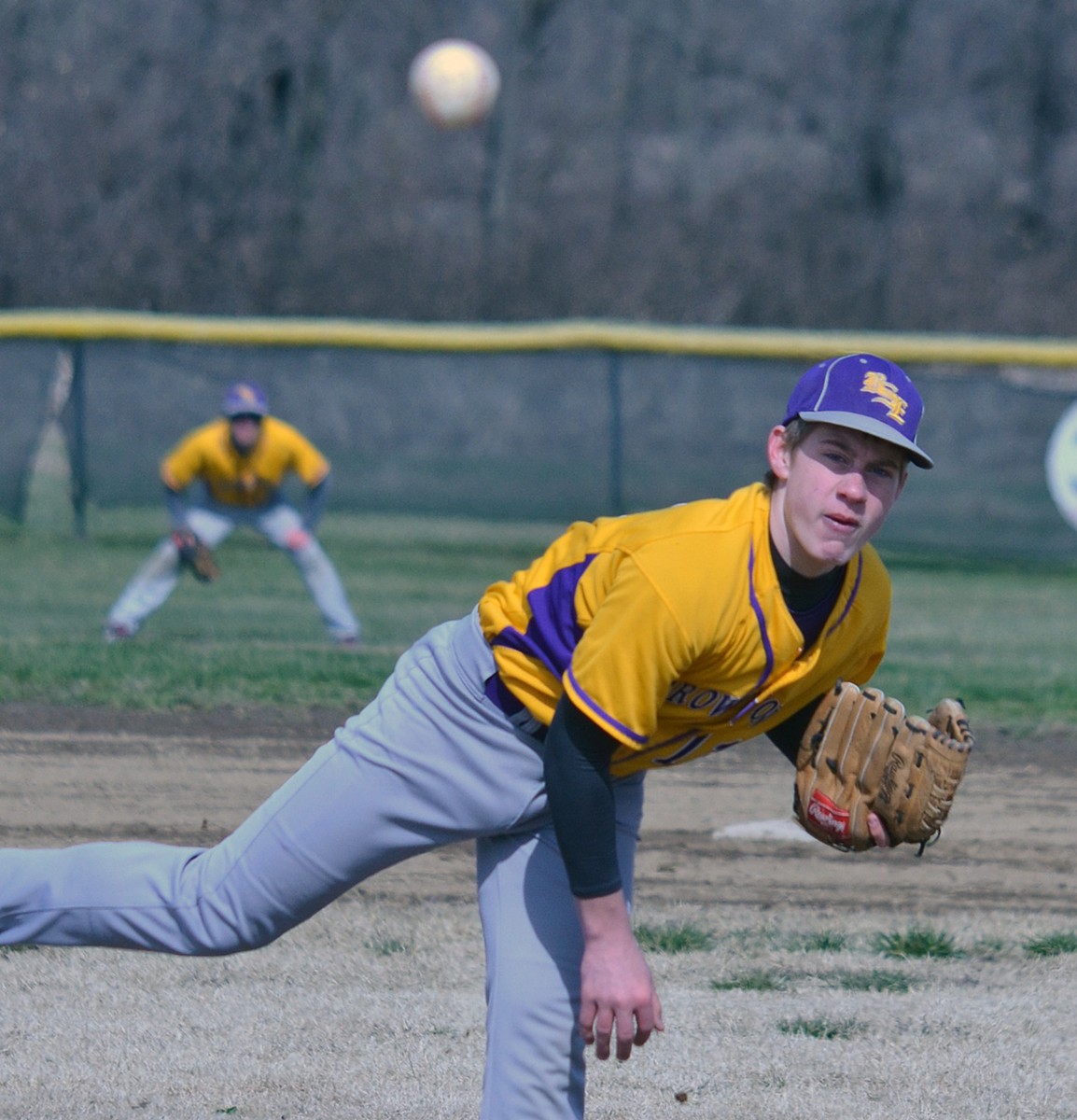 Lewis Brown hurls for Brownstown-St. Elmo in the Bombers’ loss to Aldon-Hebron on Saturday morning at Brownstown. 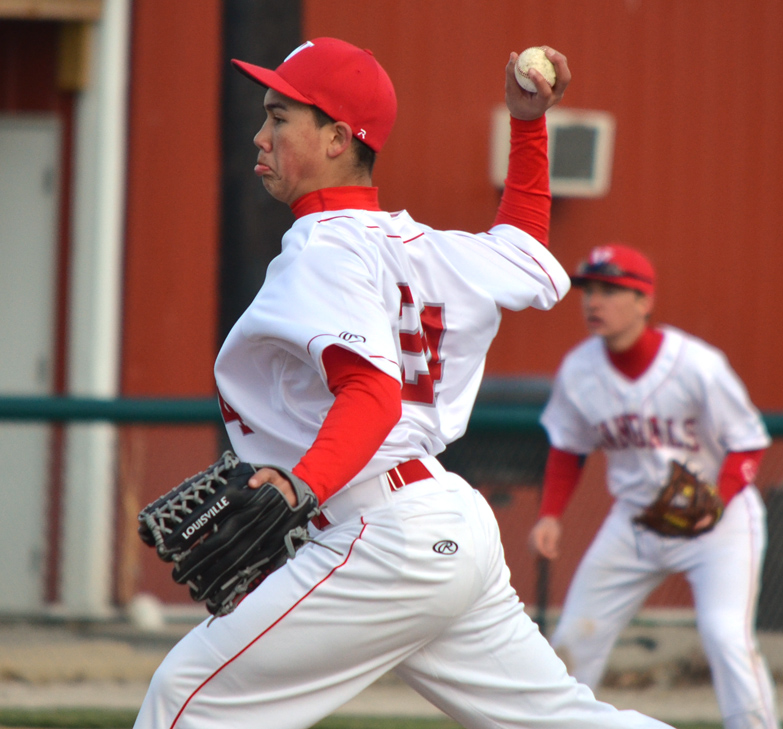 Kelly Jones got the win against Ramsey on Friday while also leading the Vandals offensively.

Brady Reiss pitches for Ramsey in Friday’s loss to the Vandals at Vandalia. 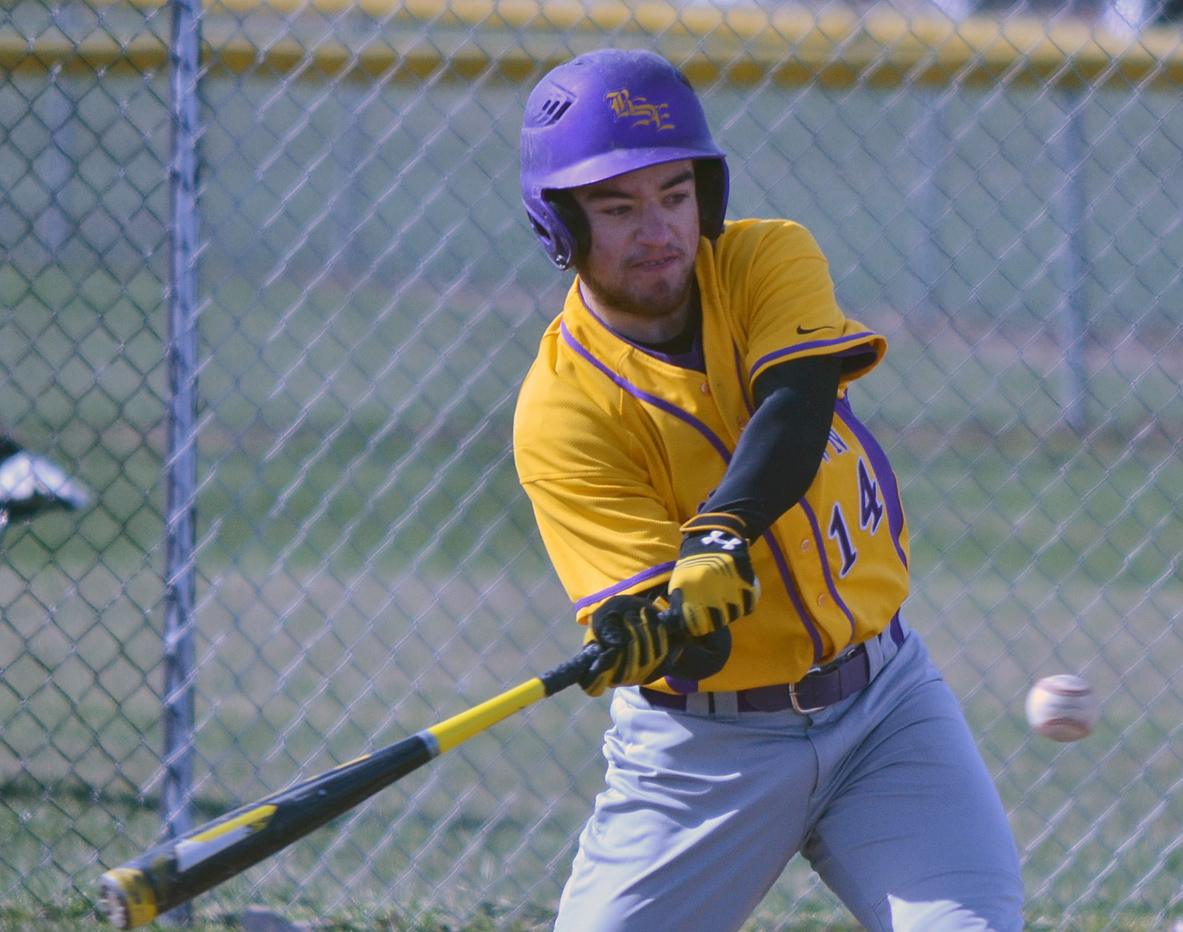 Nate Matthews of Brownstown/St. Elmo singles to right in the Bombers’ contest on Saturday.