The death of a Vandalia man who was hit by a train on Sunday afternoon is believed to be a suicide.

According to Vandalia Police Chief Jeff Ray, police were notified at 4:04 p.m. that a pedestrian had been struck by a westbound train near the Eighth Street crossing.
In addition to the VPD, those responding to the scene included the Fayette County Sheriff’s Office, Illinois  State Police, Fayette County Coroner Bruce Bowen, CSX Railroad police and Vandalia Volunteer Fire Department.
The incident victim was identified at 71-year-old David M. “Mike” Waltz, and Bowen pronounced him dead at the scene at 4:11 p.m.
An investigation into the incident is ongoing. 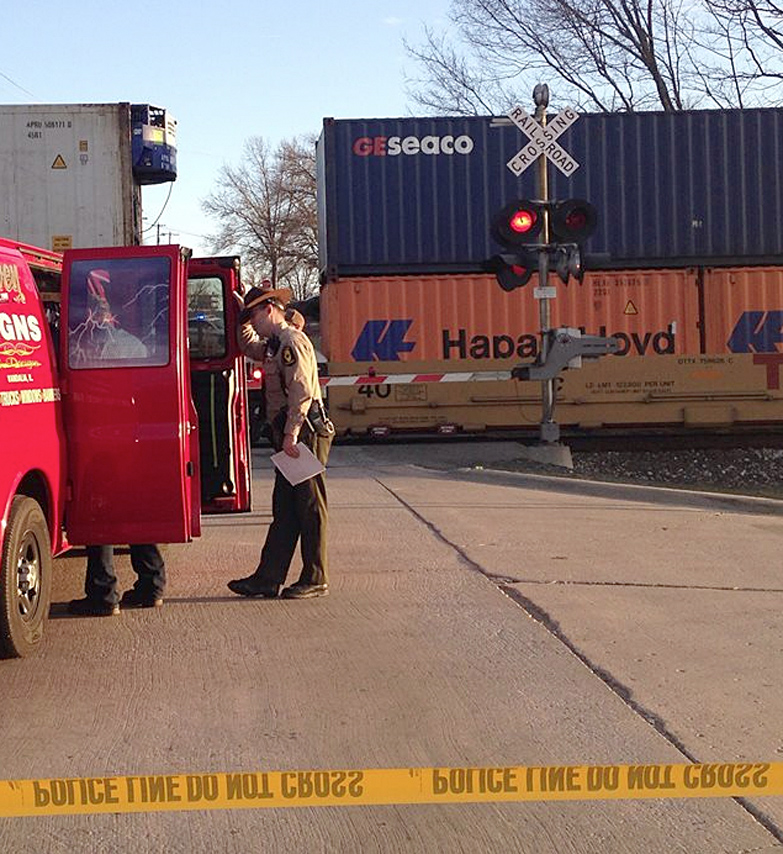