“Who would have thought 50 years ago that this building would not be enough,” Jessica Blain, librarian at Evans Public Library, told members of Friends of the Library last week.

But, that’s the case for the library, and that’s what members of the library district board have been discussing for several years.
A lack of space is just one of the issues that Blain addressed during a presentation on the library’s plans to construct a new home.
The city library was started in city hall in 1922, and was there until Mr. and Mrs. Charles Evans donated a new library adjacent to city hall in 1960.
“Not a lot has changed here since then,” Blain said. “The tables and chairs, and stacks are all the same.”
Over the last few years, Blain said, the library district has taken on a few building projects, which included installing new carpet and new ceiling tiles.
But those projects did not address several major issues, issues that can be addressed in the current structure.
Because of that, the library at the recommendation of former Evans librarian Candy Zeman, brought in a building consultant who specializes.
That consultant, Blain said, “adamantly recommended new construction.”
The current home of the library, she said, “has served us well, but we’ve outgrown it. Can we remodel? We’ve already established that we’re out of room.”
Thus, the library district board has proceeded with the idea of a new building, having an architect draw up plans for a new home. That new library would be built on property at the northwest corner of Eighth and Randolph streets that currently houses Evans Scout House. The demolition of the Scout House, due to severe termite and mold issues, recently began in the interior of the structure.
The new Evans Public Library would be on land that Charles Evans and his wife donated to the Vandalia Park District, with the library district acquiring it from the park district in recent years.
That location is one that library district board members preferred, and its history is also something they liked.
“I think it’s fitting that the land was owned (and donated by) the Evanses,” library board member Joanna Helm said.
The proposed new structure would provide the library district with a little more than 18,000 square feet of space. The current library building has 7,625 square feet of space.
The current estimate for the new building is about $5 million, with that figure including a parking lot, as well as shelving and other fixtures.
Each year, the district files an application for a state grant that would provide 80 percent of the funding for a new library. Unfortunately, with the state’s financial issues, the grant program is in jeopardy.
“Fundraising is what the board is starting to work on,” Blain said. “There are no definite plans yet on what we are going to do.”
The new building is part of the library district’s long-range plan.
“We’re thinking about the future – this is a long-range goal, something for future generations,” Blain said.
When they began thinking about a new home for the library, Blain and the district board pursued the idea of using an existing building in the community.
But, Blain said, those buildings would need considerable work requiring considerable expenditures. One of the issues is that a library needs a deep, solid concrete base that can handle the heavy, book-laden shelves.
That’s why the plan was switched to build a new home for Evans Public Library.
“Why go through the trouble and expense when you can do it exactly how it needs to be done the first time,” she said. “It costs a lot either way.”
She told members of Friends of the Library that space is one of the critical issues.
Now, she said, “We have insufficient room for our collection.”
In addition to having pieces stuffed into the existing storage area, items are stored under the desks of Blain and the library staff, and any other available space in the library.
Also at issue are a small meeting room whose privacy is restricted only by a cloth door and small areas for computers and programs offered for young children and teens.
For the children’s programs, large groups of youths “are packed in there (meeting room) like sardines.
“And the Lincoln Collection is in that room, and if someone comes in who wants to see that, they can’t when there’s something going on in there,” Blain said.
The 1960 shelving, Blain said, does not meet state and federal guidelines; the building has an aged heating and cooling system that “breaks down several times a year;” and the building’s electrical system “overloads quite often.”
And, she said, parking is limited, particularly during the day on weekdays. If none of the few available spaces outside the library are not available, library users have to walk from city parking lots.
Blain said that the library district would like to provide more computers and space for the use of laptops, better seating, a work area, study room, coffee area, a room for youth story and craft hours and an area for teens.
While some claim that the need for libraries has been reduced because of eBooks and online sale of books, Blain said that’s definitely not the case.
Of the books loaned out by Evans Public Library, she said, only about 5 percent of those are eBooks.
“People still like books,” she said.
And, Blain said, the library is more than just a place to get books.
“We have people who come in every day to read newspapers or magazines,” she said, adding that people come in for such things as directions or suggestions for a restaurant.
“The library is more than just books – it’s a community center,” Blain said.
It is with that in mind that library district officials have started in motion plans for a new building.
“We do so much here, but we could do so much more (with more space),” Blain said.
“It would be great to be able to offer programs for all ages, all types of programs,” she said.
“Now, we do the best we can with what we have,” Blain said. 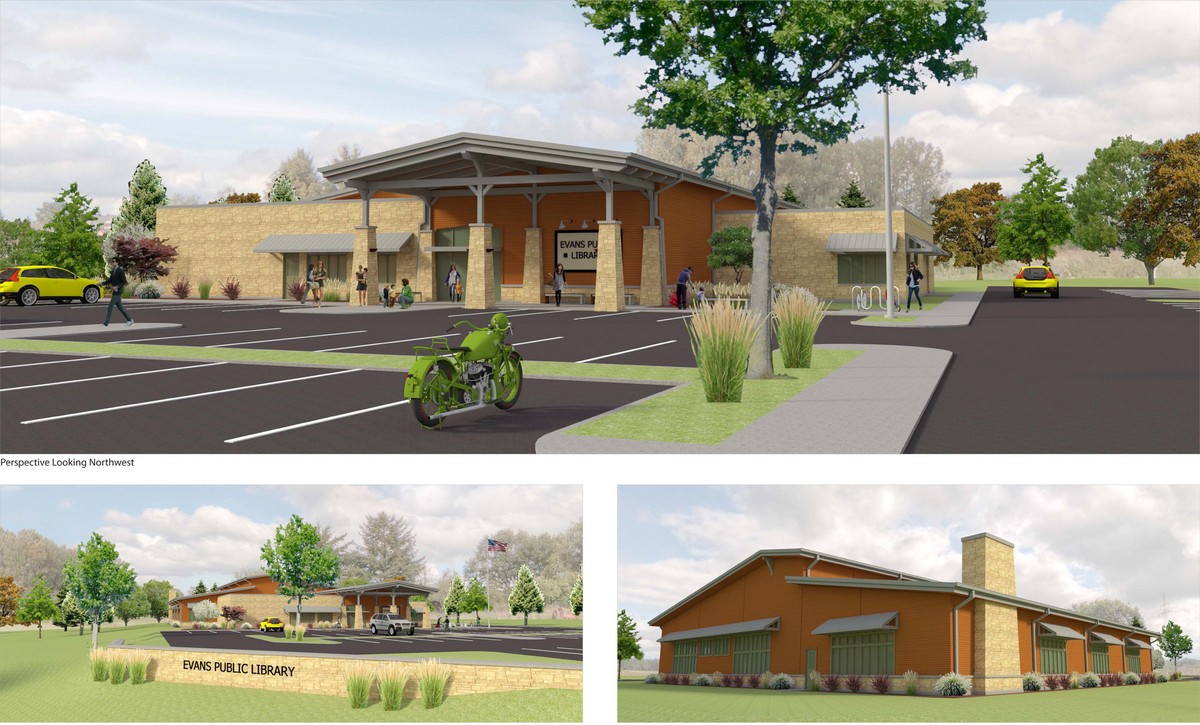 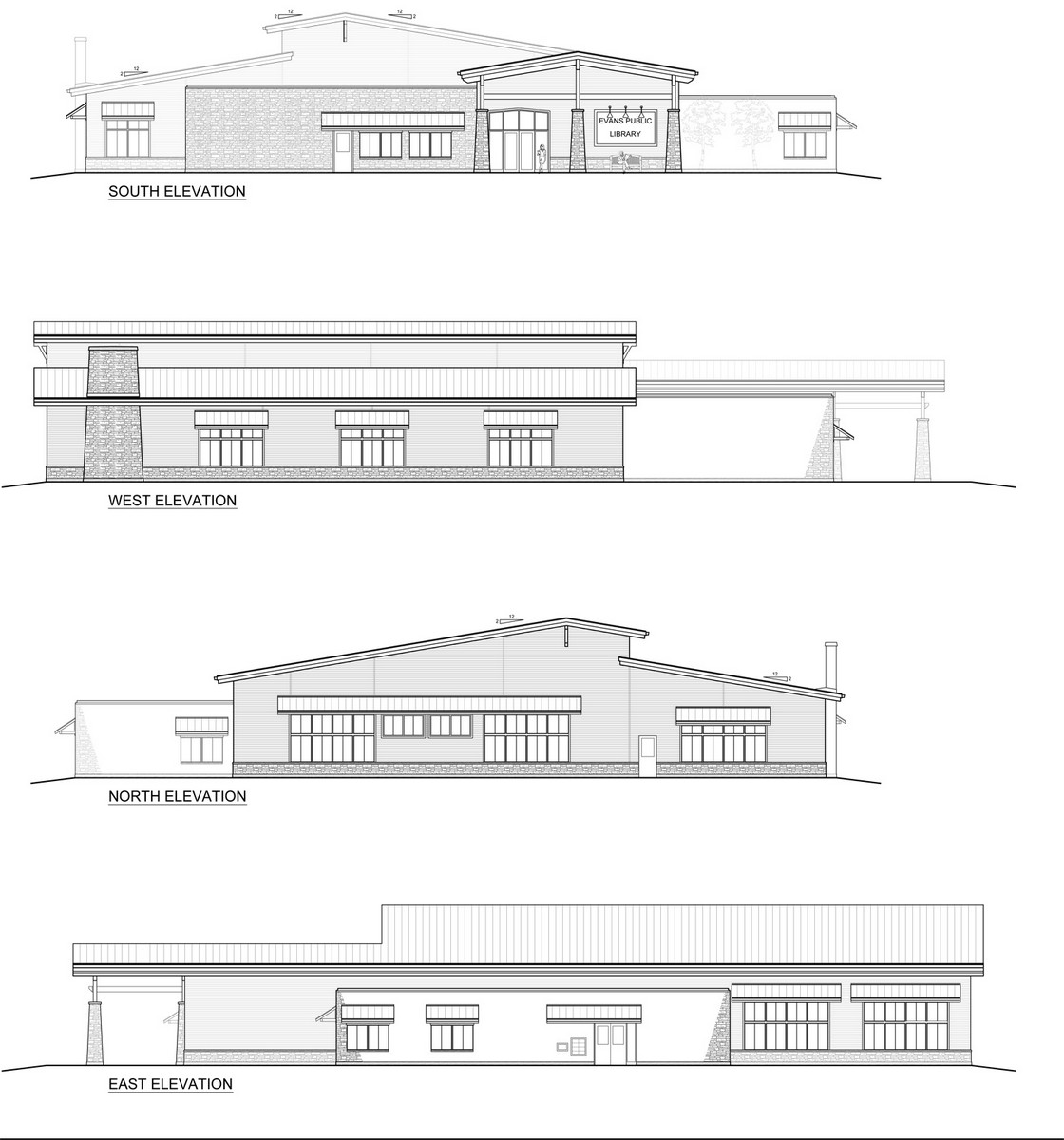 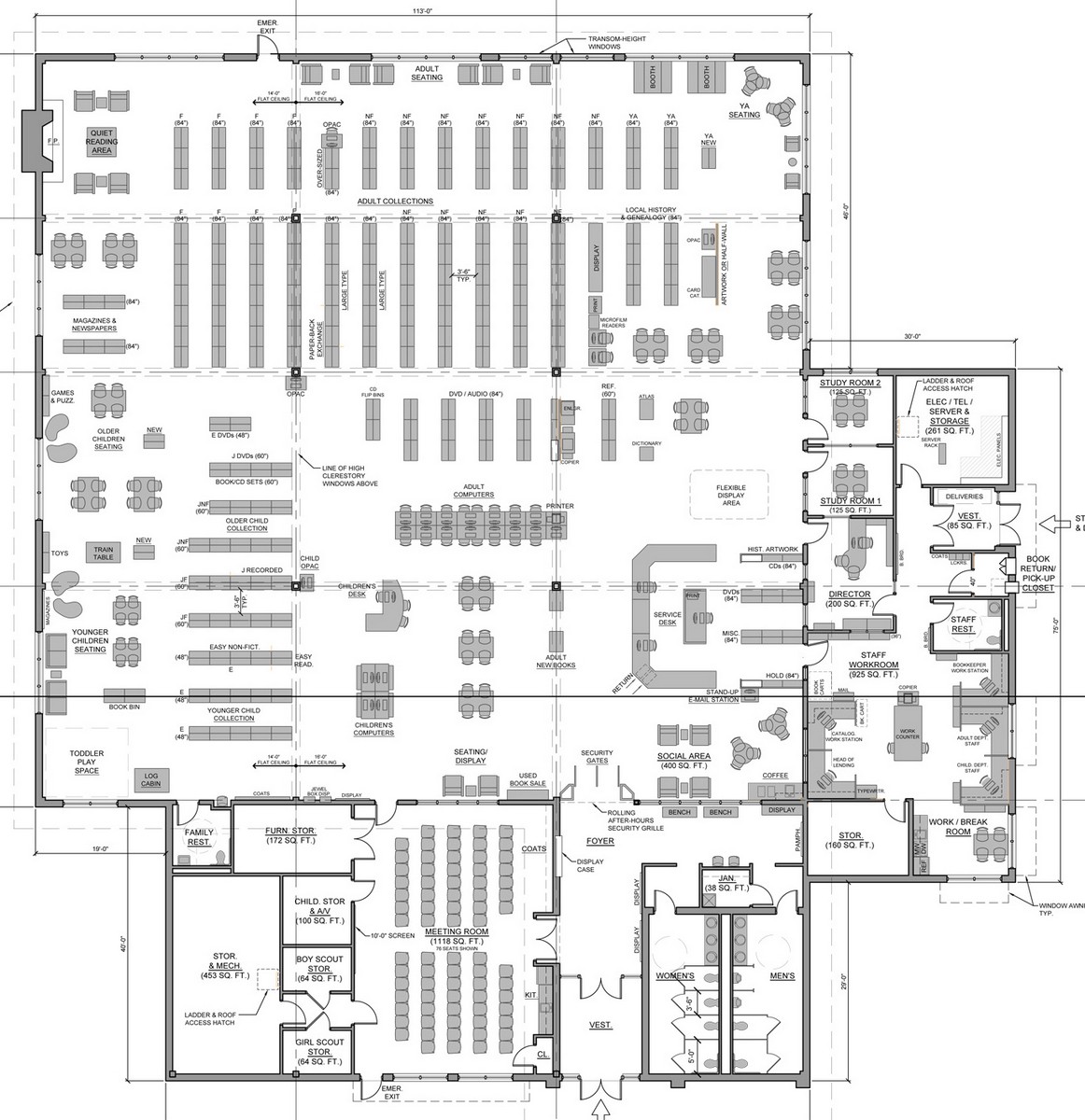 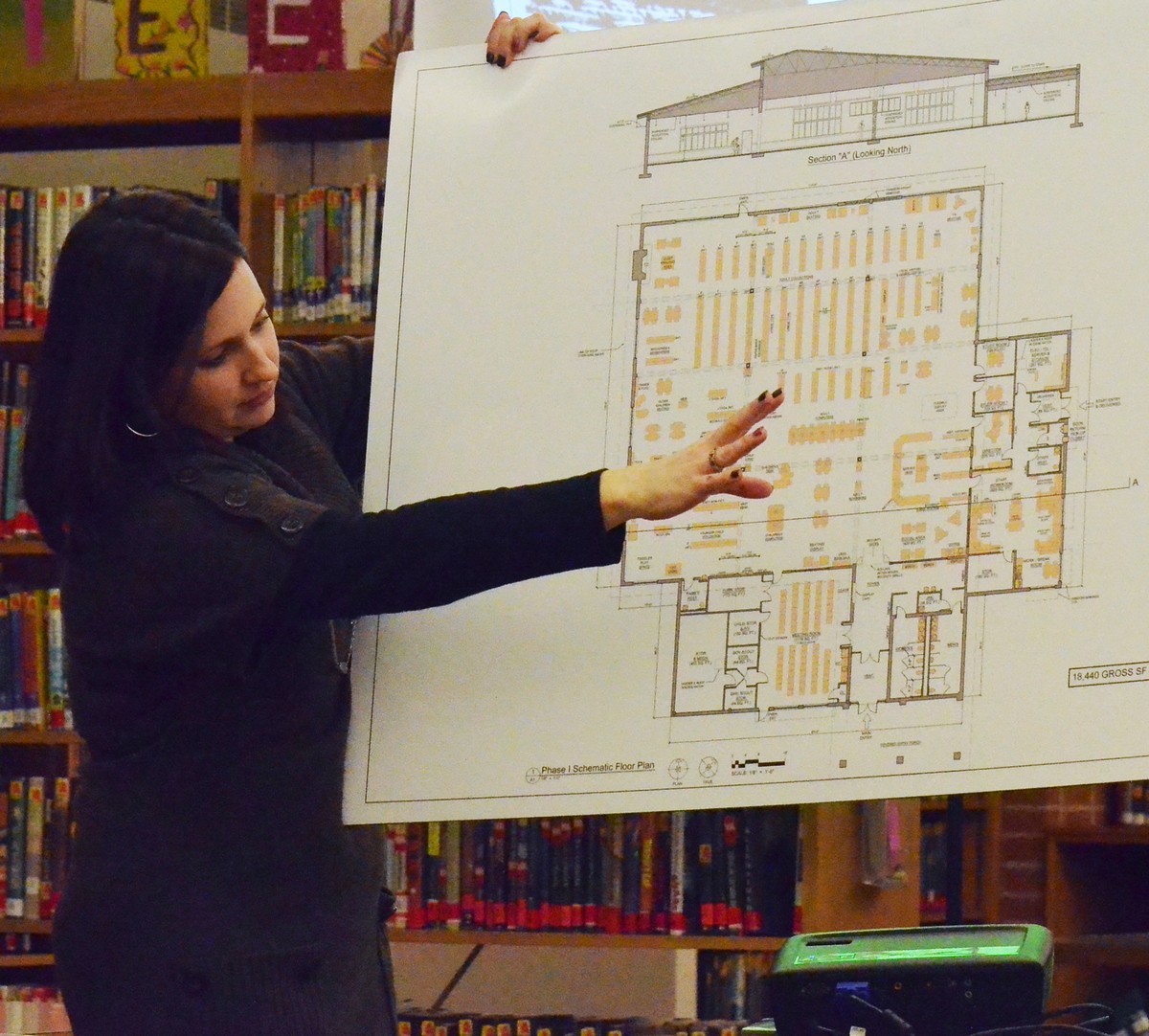 Jessica Blain, librarian at Evans Public Library in Vandalia, shows the floor plan for a new library to members of Friends of the Library during a meeting last Tuesday night.