The five Vandalia Junior Wrestling participants shown above have advanced to state competition by virtue of their performances at sectional competitions.

In front are the wrestlers who have advanced to the Midget Championships in Danville on March 21; Eric McKinney placed second at regionals, Owen Miller placed fourth and Baelynd Brown placed second. In back are the wrestlers advancing to the Illinois Kids Wrestling Foundation state competition in Rockford this Saturday; Luke Francis, in the senior 215 pound class, placed fourth at sectionals, and Tanner Swain, in the senior 108 pound class, finished second. 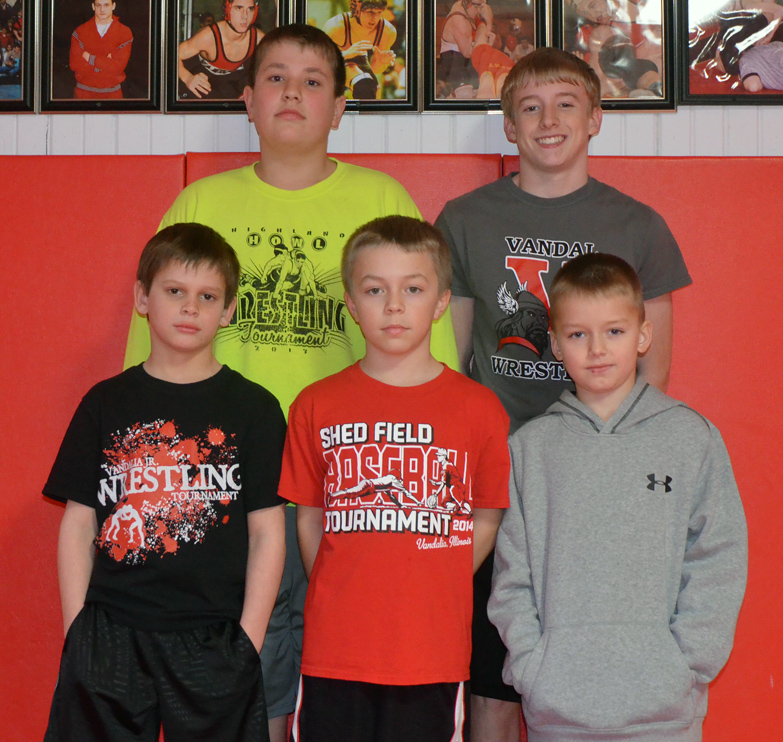