The first-ever birthday celebration hosted by the Historical Society was held at the former capitol on Feb. 12, 1973, with Mary Burtschi as the speaker. Along with their father, Joseph Burtschi, Mary and her sister, Josephine, were founding members of the Vandalia Historical Society.
For many years, the Vandalia celebration has been one of only a few celebrations held statewide to commemorate the birth of our 16th president.
In Vandalia, he served in his first political office, from 1834-1839, as a representative from Sangamon County. For the first two years, he spent a good portion of his time listening and studying the arguments of the lawmakers and state officers.
During the session terms, Lincoln boarded in the local inns, such as the Charter’s Hotel, Sign of the Bell and Vandalia Inn, all on Gallatin Street. He also boarded in a home on West Johnson Street.
Many “firsts” are among Lincoln’s experiences in Vandalia. He wore his first suit of clothes to the capital. Here, he met for the first time Stephen A. Douglas, Orville Hickman Browning and his wife, Elizabeth, and James Shields, who would later challenge him to a duel.
Another first was that in Vandalia, he was among educated men and refined women, and attended his first cotillions, banquets, receptions and assembly balls at the capital city.
In the Vandalia Statehouse, Lincoln delivered his State Bank Speech on Jan. 11, 1837, the first published one as a statesman to his colleagues.
Here, he made his first protest against slavery in March 1837, and it was in Vandalia that Lincoln’s name was entered on the rolls of practicing attorneys in Illinois.
A few days before his arrival in Vandalia on Nov. 26, 1836, Lincoln’s few possessions, including his horse and surveyor’s instruments, had been put up for auction in order to pay his debts. Friends purchased these items and returned them to Lincoln.
Also, not long before his election, he had suffered the death of his first romantic interest, Ann Rutledge, from typhoid fever. As affirmed by her brothers and cousin, the two had an understanding. Her death threw young Lincoln into a deep depression.
Nursed back to health in the home of the Bowling and Nancy Green, Lincoln slowly recovered and once again began to take an interest in life. Mrs. Green told him that what he needed was a woman in his life.
She happened to have an unmarried cousin in Kentucky that she thought would do very well by the name of Mary Owens. Lincoln had a brief acquaintance with Miss Owens some years previously.
Lincoln, in an off-hand moment, told Mrs. Green that if her cousin would come to Illinois, then he would marry her.
Mary Owens did come to Illinois and when their acquaintance was renewed, Lincoln was dismayed, because she had gained a few pounds and lost a few teeth.
For him, the agreement to marry her was a contract. After Mary returned to Kentucky, they continued a correspondence and Lincoln, for one, tried to talk her out of their becoming a pair, stressing his faults and writing that he was a poor man and would probably always be a poor man. She could not expect to ride in carriages if she became Mrs. Lincoln.
It was Mary Owens who broke the contract and although Lincoln was surely relieved, he was also upset – if Mary Owens didn’t want him, then he felt he was probably not marriage material.
These events, the death of Ann Rutledge and the near-miss with Mary Owens, affected Lincoln’s early years in Vandalia. After moving to Springfield, he met Mary Todd, a cousin of his mentor, John Todd Stuart, and as we know, the rest is history. 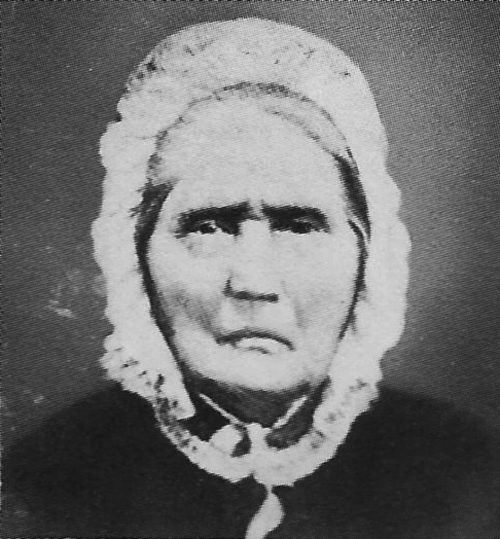