All of those attending a work session of the Vandalia City Council on Monday night agreed that there is a need for safety improvements at the city’s Sixth Street rail crossing. 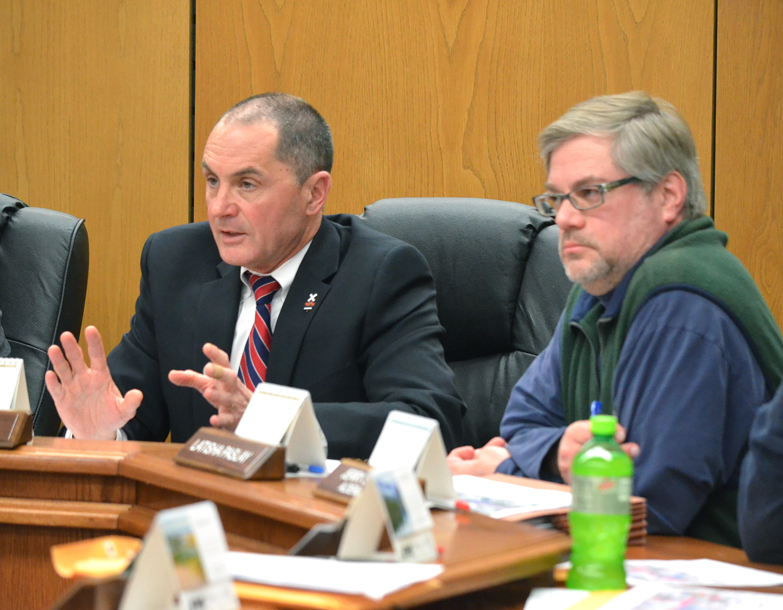 Mike Stead, administrator of the Illinois Commerce Commission’s Railroad Safety Program, talks about improving safety at the Sixth Street rail crossing. At right is Jason Johnson of the Illinois Department of Transportation. 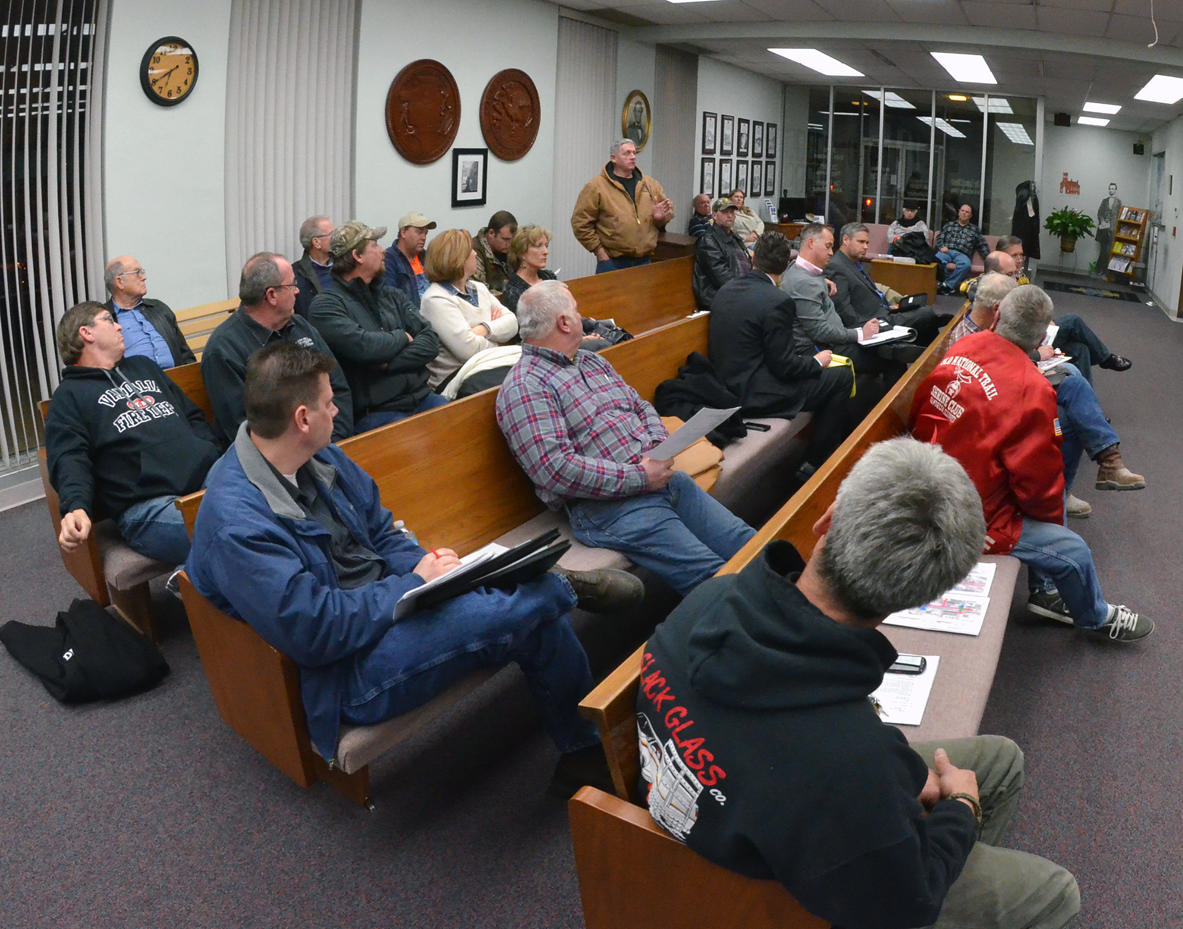