Firefighters from six area departments responded to a fire south of Brownstown on Friday morning that destroyed the home of the Dustin Sefton family. The Brownstown Fire Department was called to the home off of the Brownstown blacktop shortly after 9 a.m., and called for mutual aid assistance from firefighters from Vandalia, St. Elmo, St. Peter, Farina and Altamont.

Firefighters were at the scene for more than five hours. 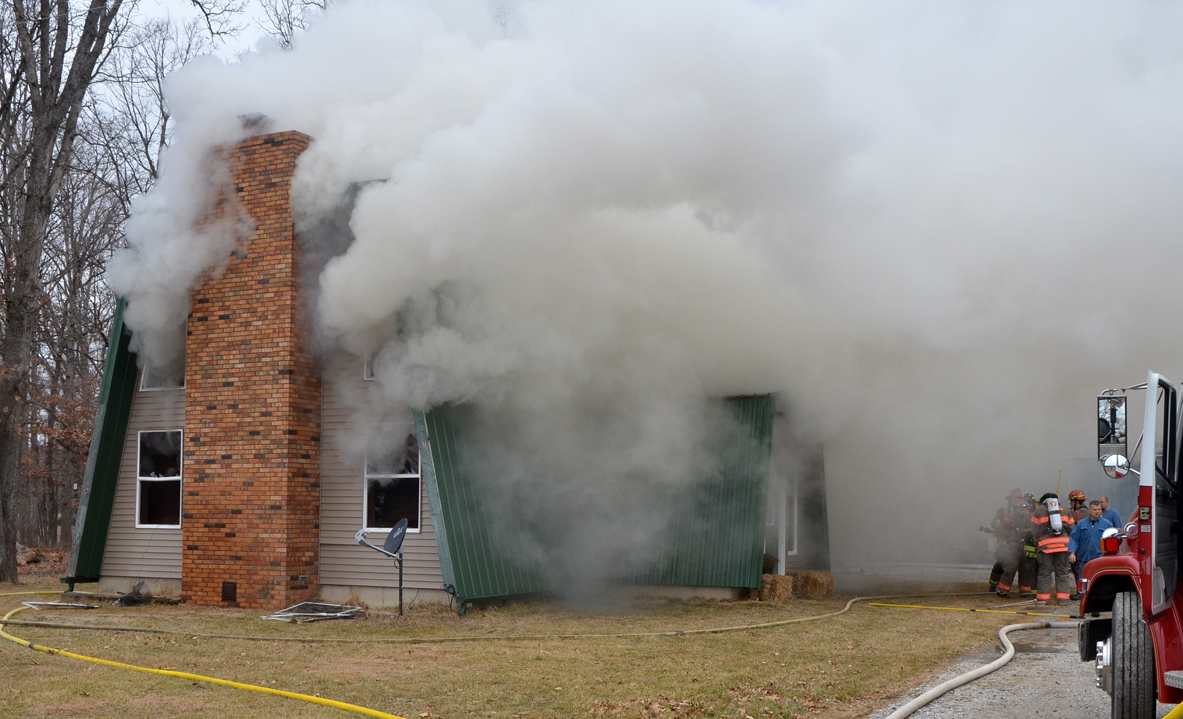 Firefighters begin their attack on the fire at the home of the Dustin Sefton family. 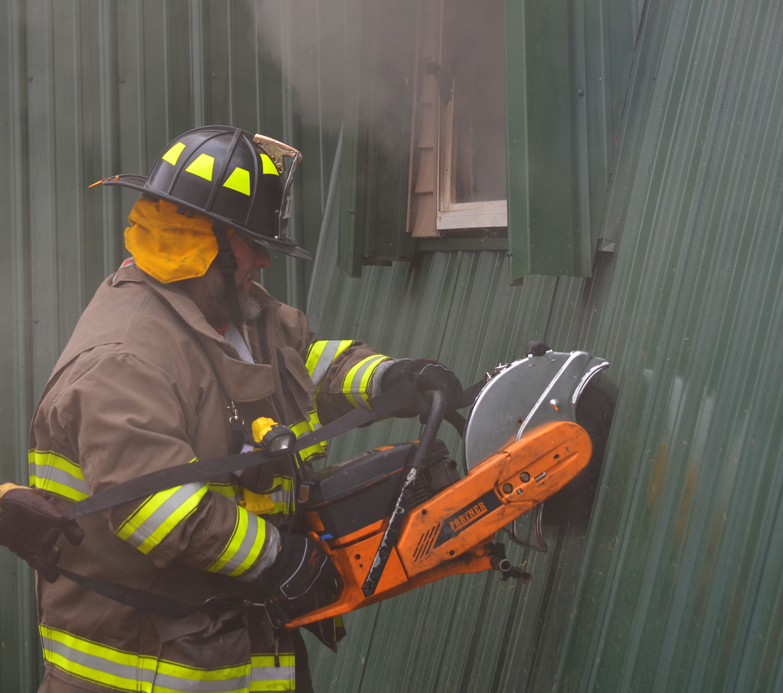 Brownstown firefighter Jeff Howard cuts into the side of the home to vent the smoke-filled home.