One frustrating loss had tormented the Vandalia Lady Vandals for nearly a month.
So when the Lady Vandals got another shot at Pana, it's safe to say there was some extra motivation.
In the end, Vandalia's girls earned some sweet revenge with Thursday's 41-27 victory over the Pana Lady Panthers.
The Lady Vandals had suffered a upsetting overtime loss at Pana on Dec. 15, with a controversial call playing a big role.
But this time, the Lady Vandals took care of business, earning some payback in the process.
"This is definitely a big win for us," Vandalia Coach Michelle McNary said. "We felt like we lost one over there that we should have won. It was partly our fault, and partly because of a couple calls. So this is a big win for us. It was one we needed."
Emma Meyer scored 23 points for the Lady Vandals. A sophomore guard, Meyer had 10 field goals and also had four steals.
Makayla Tinker added seven points, while Leah Francis chipped in five and Madelyn Hosick had four. Kelsey Swain rounded out the scoring with two points.
Vandalia improved to 10-9 on the season with the win.
Vandalia's 2-3 zone defense had Pana baffled for most of the night, as the Lady Panthers struggled offensively. In fact, the Lady Vandals held the Panthers to single digits in three of the four quarters.
"We played really well on defense until they made that little run," McNary said. "I was pleased with our defense. That's what won the game for us."
The game was tied at seven after one period of play. The Lady Vandals picked up the defensive intensity and went on a 12-2 run to pull away in the second quarter.
Meyer had eight points in the frame, grabbing three steals, as well.
Pana was cold from the field all throughout the second period, managing just one field goal.
By the break, Vandalia was up, 19-9.
But Pana put together a 9-0 run in the third period to get back in the game. The Lady Panthers were suddenly getting the ball inside against the zone, while Pana also pressed the Vandals into some mistakes and turnovers with a trapping press.
"They play hard and we knew they were going to fight until the end," McNary said. "We were kind of panicking from their pressure. They got after us and we made some silly passes. Then their posts started hurting us. But then Leah Francis stepped up. She was huge for us down the stretch. We held on and pulled back away."
Meyer grabbed a steal and made a layup to give the Vandals a 30-20 lead heading into the fourth quarter.
Pana scored the first five points of the final frame to make it a five-point game. But the Lady Vandals then took control with a 10-0 run.
Hosick scored in the lane and Tinker hit one free throw. Francis grabbed an offensive rebound and scored inside, and then Meyer had back-to-back hoops.
Francis made one free throw for a 40-25 lead with just under three minutes to play.
The Lady Panthers didn't have an answer to the spurt, and the hosts avenged the earlier loss in convincing fashion.
Pana had no one in double figures. Erin Holthaus scored eight points and Lexie Siegert added seven for the Lady Panthers, who fell to 8-9 on the season.
Pana won the JV game, 50-35. 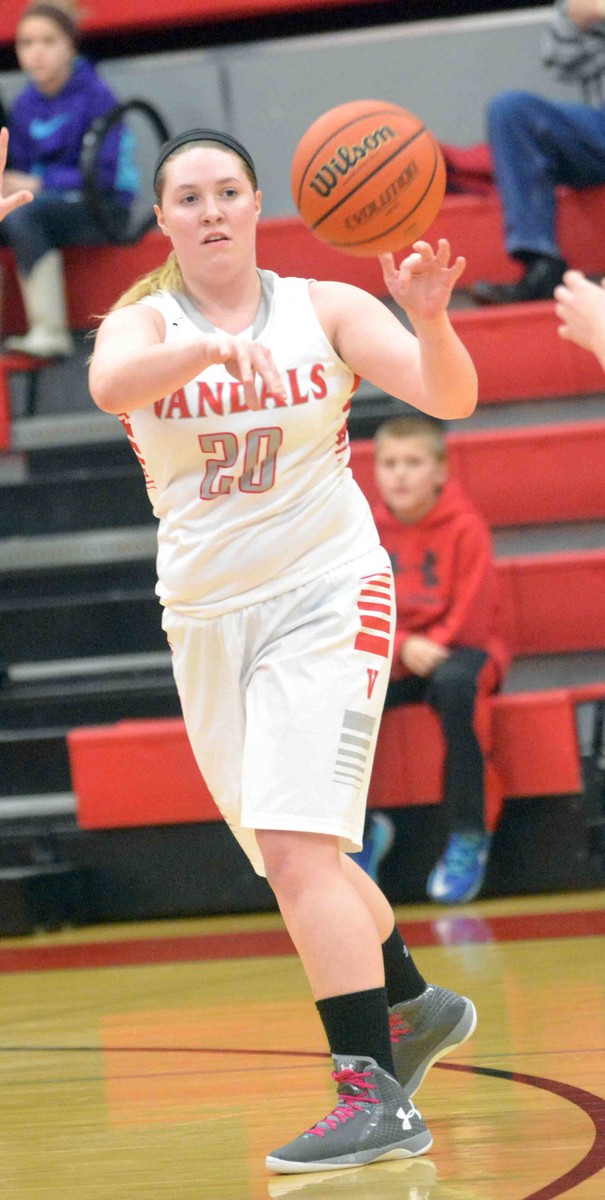 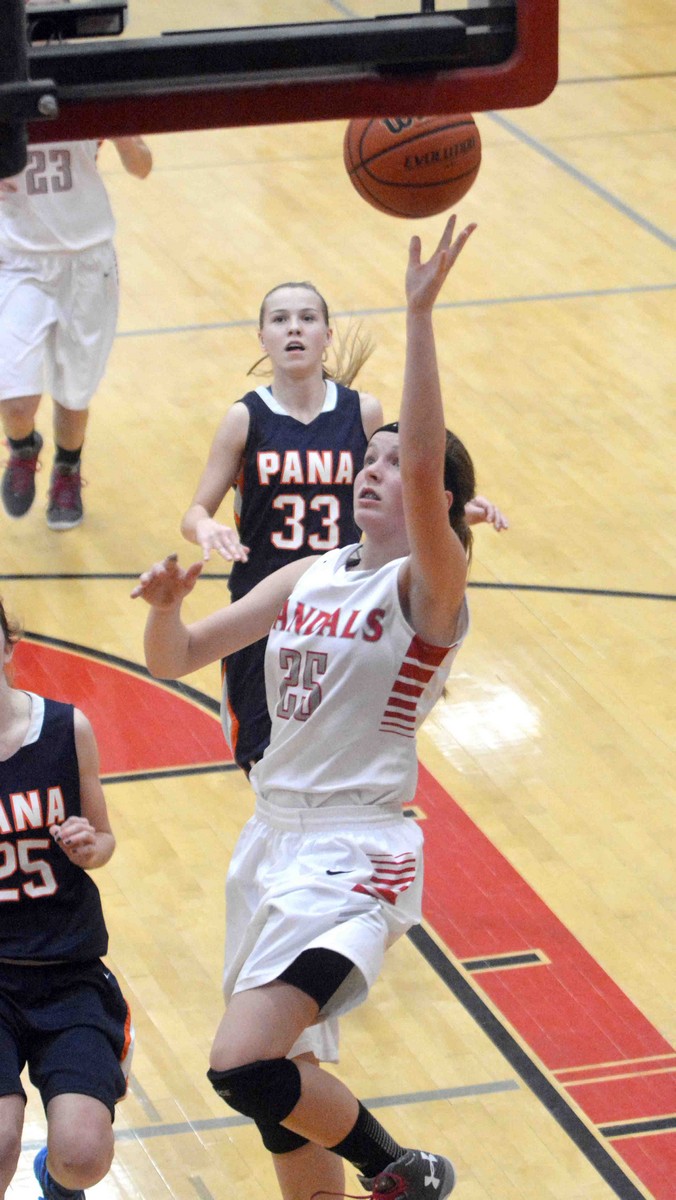 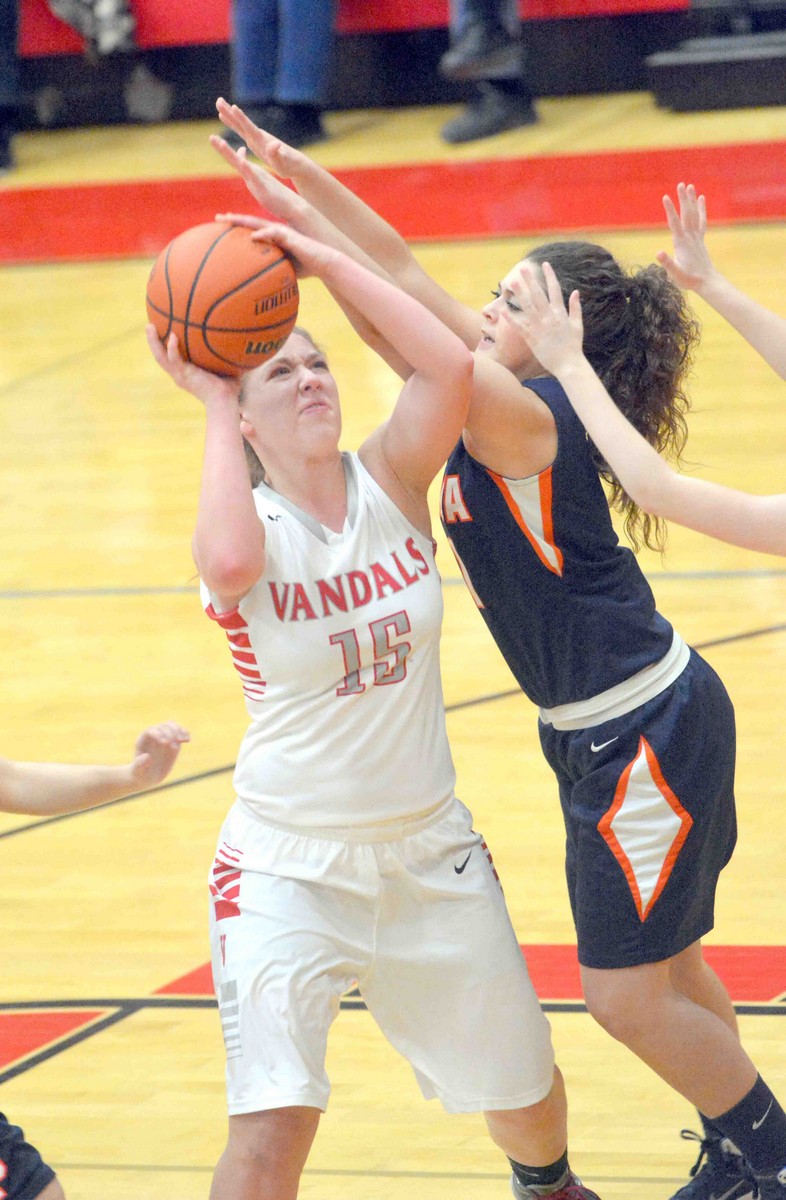 Leah Francis looks to score inside. 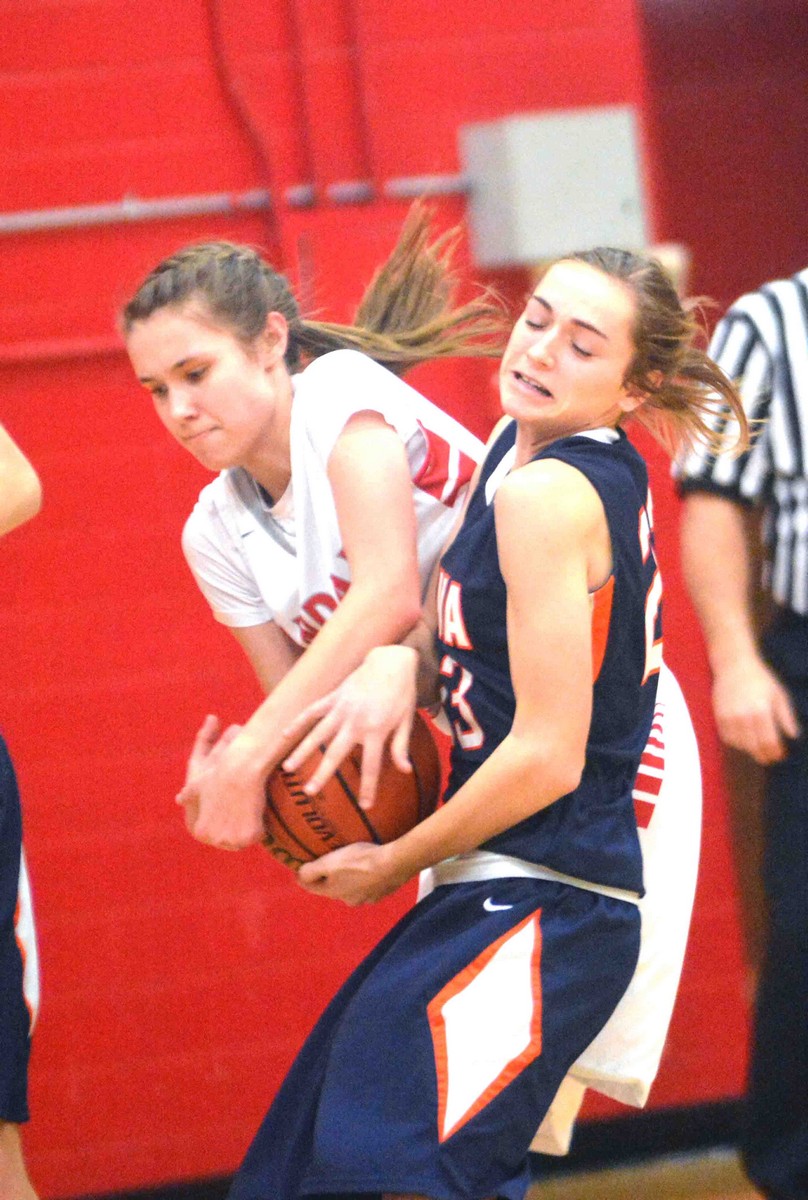