The Vandalia Vandals were shorthanded last Wednesday night.
It was hard to tell.
The host Vandals went 3-0 in duals on Wednesday, winning all three in impressive fashion.
Vandalia defeated Belleville East, 42-18, and then knocked off Mascoutah, 63-12. Vandalia beat Roxana, 45-21, in the final dual.
The Vandals were without Jake Stewart, Kolten Kaiser and Skylar Depew, as all are dealing with injuries. And yet they still won all three duals.
"We were able to jockey some people around a little bit, since we're a little beat up right now," Vandalia Coach Jason Clay said. "We've got some injuries we're dealing with. The kids we threw out there tonight did a nice job. It's always good to get three wins at home. We had some good wins down low and up high."

The Vandals have a few bumps and bruises after last week's New Year's Challenge in Champaign.
The Vandals saw lots of top talent at the event. When all was said and done, Vandalia had earned 12th place out of 36 teams.
"The first day we wrestled really tough in our pool," Clay said. "We had some success and we were building some confidence. The second day, Coal City took it to us. They got a lot of momentum and we kind of had our heads down. Then we lost Jake to an injury. And we didn't get much of a break, so things kind of snowballed on us. Some of the duals got away from us. But we fought until the end."
Clay said competing against solid competition at the event will only help his team in the long run.
"That was what we needed to see," Clay said. "I think almost everybody took a loss."
The Vandals were back in action Wednesday with a home quad. And things went well for the hosts.

Roxana
The Vandals defeated Roxana, 45-21.
Philpot won by forfeit at 106, Paslay defeated James Henseler, 6-0, at 113. Womack pinned Blake Whyers in 1:07.
In a showdown of ranked wrestlers, Roxana's Dalton Brito won by fall over Lipsey at 126. Brito is ranked fourth, while Lipsey is ranked ninth.
Roxana's Jarod Foiles defeated Tessman, 6-3, at 132. Stewart won by forfeit at 138.
Palmer won by fall in 1:41 against Tanner Gray. It was Palmer's third win of the evening by fall.
Goade won by forfeit at 152, and both teams were open at 160 and 170.
Luke Curtis of Roxana pinned Ledbetter at 182, and Vandalia's Rilley Smock won by forfeit at 195.
Woolsey won by fall at 220, and Trible lost by fall at 285.
Notes: After Wednesday's action, the Vandals had a quick turnaround, as they headed to the always-tough Princeton Tournament last Friday and Saturday.
Vandalia won both duals Tuesday night at Carlinville. Vandalia beat Carlinville, 58-24. The Vandals defeated Wood River, 57-18. Those results will be printed next week. 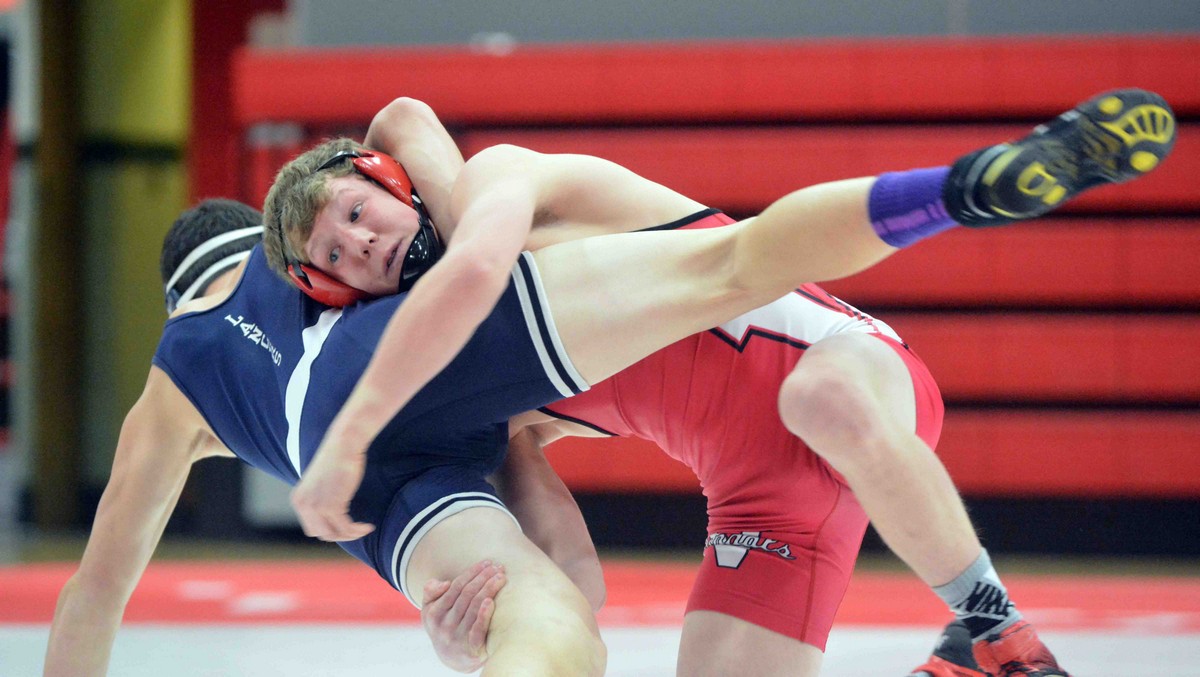 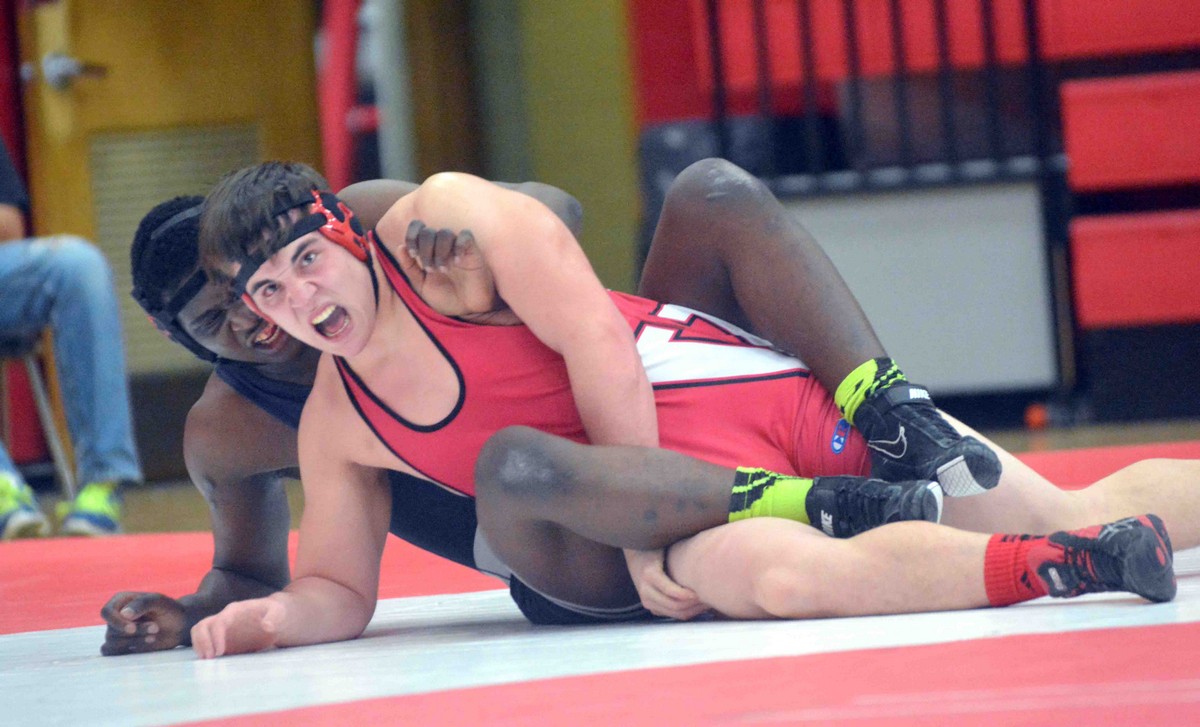 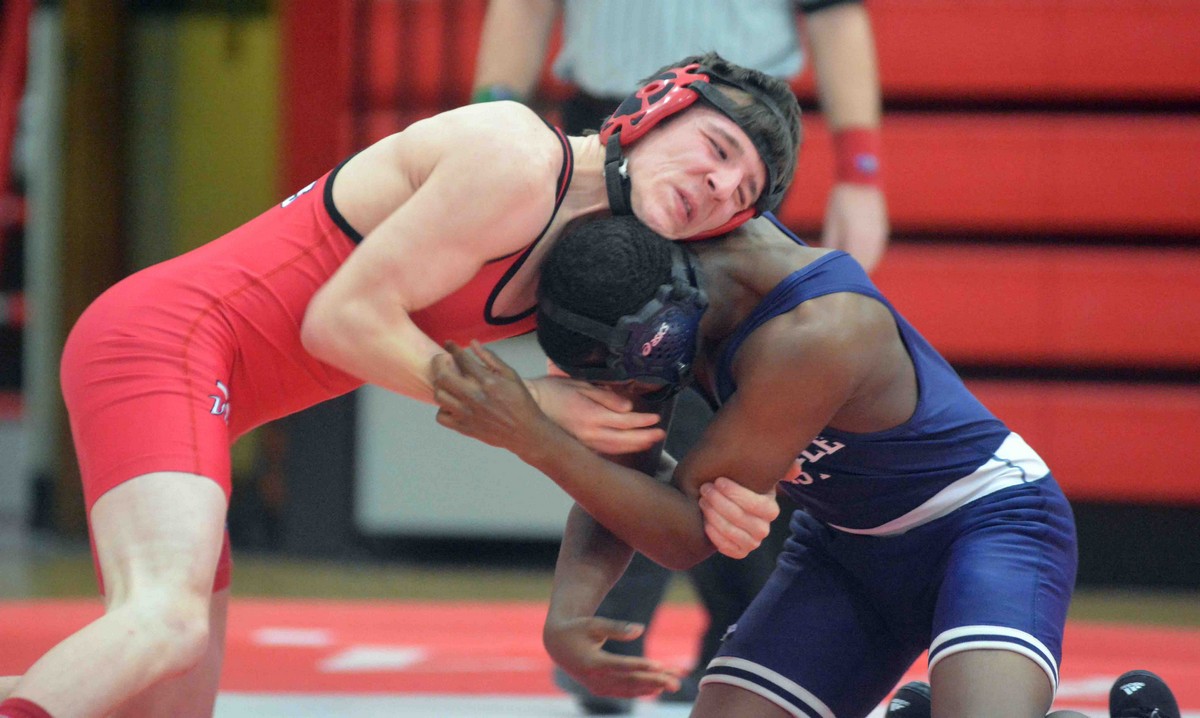