Ryne Lipsey's wrestling career got off to a late start.
But he's made up for lost time.
While most of today's top high school wrestlers began competing in grade school, Lipsey did not.
In fact, Lipsey didn't get involved in the sport of wrestling until his freshman year of high school, almost a decade after some of his peers got their start.
But that late start hasn't stopped Lipsey's success on the mat.
A Vandalia Community High School senior, Lipsey recently recorded his 100th career victory for the Vandals wrestling team.
"It's a pretty neat accomplishment," Vandalia Coach Jason Clay said. "Ryne didn't even wrestle before high school. He first came out his freshman year. He's a hard-working kid who does a lot of extra work. He's very deserving of the honor."

Lipsey began the season with 86 victories. He said 100 wins is what all high school wrestlers hope to eclipse.
He recorded his 100th victory at the St. Thomas More New Year's Challenge.
So what's been the key to his success?
"I've worked hard, and we just go hard in every practice," Lipsey said.
Clay described Lipsey this way: "He's a real gritty kid, and a super strong kid. He's improved a lot since his freshman year. And he's always working to get better. He's made a lot of strides."
Lipsey has wrestled at 106, 113, 120 and is now at 126 pounds. He won 38 matches last season, won a regional title, finished fourth at the sectional and advanced to the state tournament, where he was unable to place.
Earning a state medal is a big goal for Lipsey this year.
"I really want to place at state," he said.
And after joining the wrestling team as a freshman, Lipsey said he soon realized the sport was for him.
"It's a team sport and also an individual sport," he said. "You have to work hard and be in good shape to be good at it."
While pleased with reaching a milestone, Lipsey said he's still got work to do this season.
"I still want to get better so I can reach my goals," Lipsey said. "I  just want to keep working hard and get even more wins."
Notes: Vandalia's Dalton Blankenship passed 100 wins last year.
Chaston Womack began the season with 71 wins and Jake Stewart began the season with 64, so they both have a chance to reach 100 this season, too. 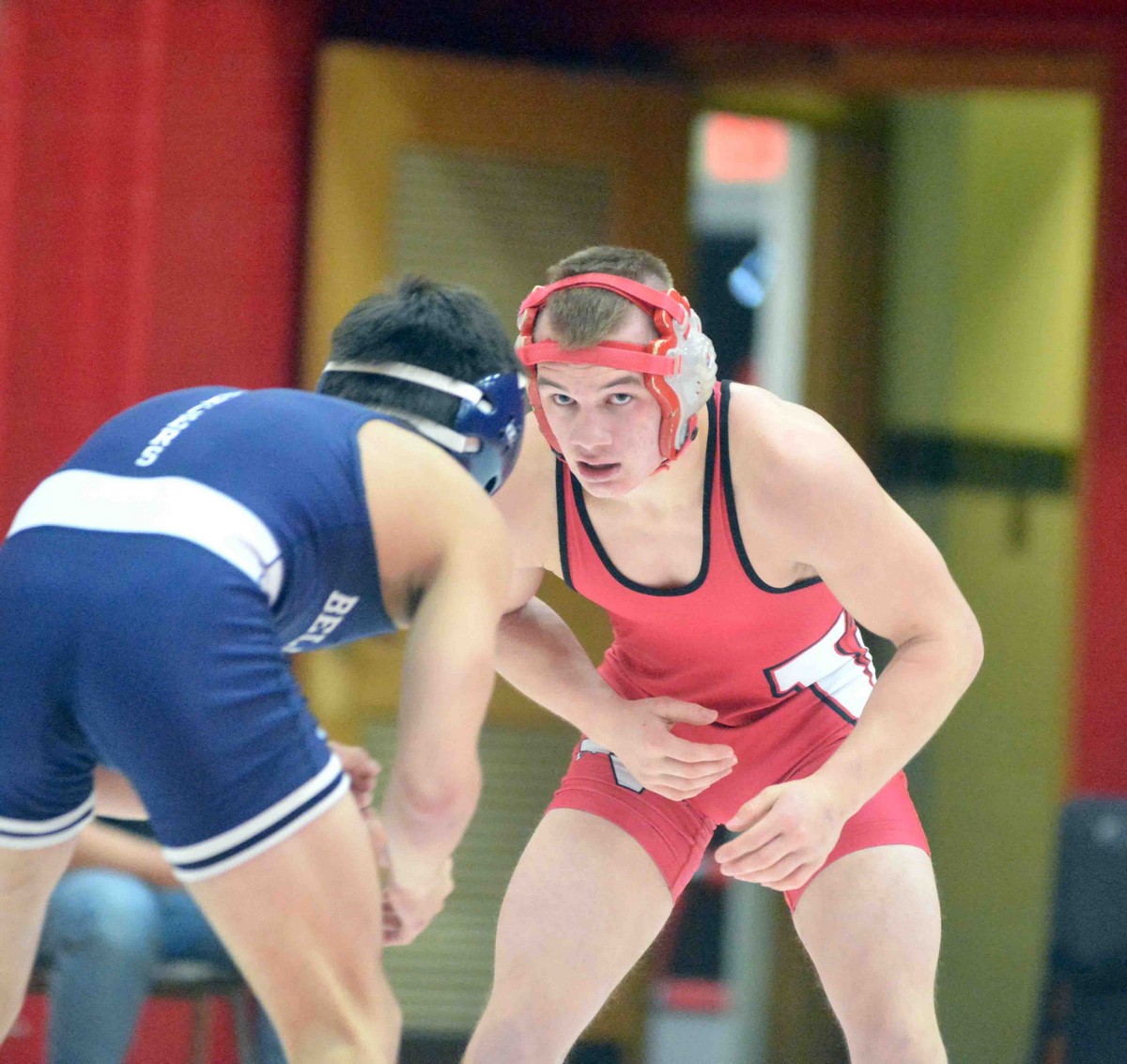