On the same day that a Centralia radio station erroneously reported that the Vandalia Correctional Center inmate who escaped last fall was being released on parole, that inmate was formally charged with escape in Fayette County.

Fayette County State’s Attorney Joshua Morrison said on Tuesday afternoon that his office had filed information charging Marcus J. Battice with escape, a Class 2 felony.
While the offense is ordinarily punishable by up to seven years in prison, Battice can be sentenced, if convicted, to up to 14 years.
Morrison said that Battice is eligible for extended-term sentencing because of the Class 1 felony – aggravated possession of a stolen motor vehicle – for which he was serving time at the Vandalia Correctional Center when he allegedly fled from the prison.
The information filed by Morrison’s office alleges that Battice committed the offense of escape on Sept. 23 of last year.
On Sept. 24, Tom Shaer of the Illinois Department of Corrections reported that Battice was taken into custody about 18 hours after he allegedly escaped from the prison.
Shaer said that an Illinois State Police officer found Battice walking along an Interstate 70 frontage road near the 64-mile marker of I-70, about a mile east of Vandalia.
After his capture, Battice was taken to the state’s maximum security Pontiac Correctional Center, where he was placed in segregation as an escapee.
On Friday, Battice will be transferred from PCC to the Fayette County Jail, Shaer said.
Morrison’s filing of the escape charge against Battice came shortly after a Centralia radio station incorrectly reported that Battice was scheduled for release on parole next week.
About that media report, Shaer told The Leader-Union on Tuesday evening, “Battice will not be released next week, or next year. He will not be paroled for years.
“Any report or suggestion that Battice would be released next week was absolutely without merit. No one called to IDOC to ask about Battice’s current or future status.
“The current parole date and related information are mere technicalities,” Shaer said, explaining that the tentative parole information was related to his original charge.
“Because of (his) escape from the Vandalia Correctional Center, it has never been IDOC’s intention to do anything other than keep him behind bars for a much-longer period past his (original) parole date,” he said.
IDOC, Shaer said, “conducted a thorough investigation lasting more than 90 days, not an unusual length because it encompassed Battice’s escape, physical conditions at VCC, employee performance and other factors.
“All of that was completed before the warrant was sought, though, again, the warrant was planned to occur before Battice’s parole date,” Shaer said.
“Battice also faces the loss of previous time-served. The procedure for taking away time-served is lengthy, as IDOC adheres to many policies guaranteeing inmates’ rights when such action is taken.
“For that reason, any potential lost time-served wouldn’t yet be added to his record and is thus not shown on his Offender Search Page on IDOC’s web site,” Shaer said. 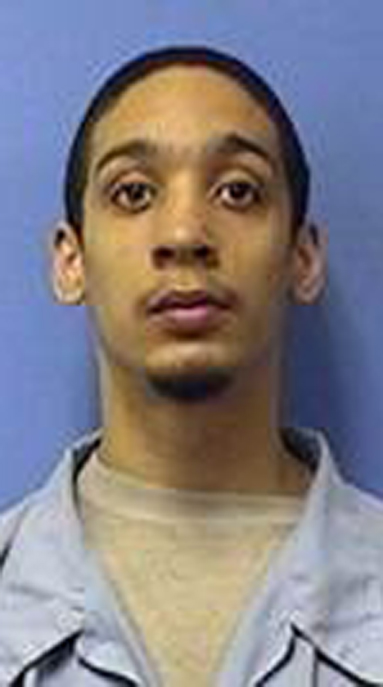