David Robert Oldfield
Christopher and Candi Oldfield of Louisville, Ky., are the parents of a boy born at 2:22 a.m. on Nov. 10, 2014, at Norton Suburban Hospital in Louisville, Ky.

David Robert weighed 7 pounds, 11 ounces, and was 19 inches long.
He has a sister, Addison, age 7½.
Grandparents are Amber Rametta and the late Robert Bolyard, and David and Dawn Oldfield of Vandalia.
Great-grandparents are Flo Allen of Brownstown, Janet Beall of Vandalia, Larry and Sandy Phipps of Johnston City, the late Gerald and Ardola Turley, and the late Al and Delores Oldfield. 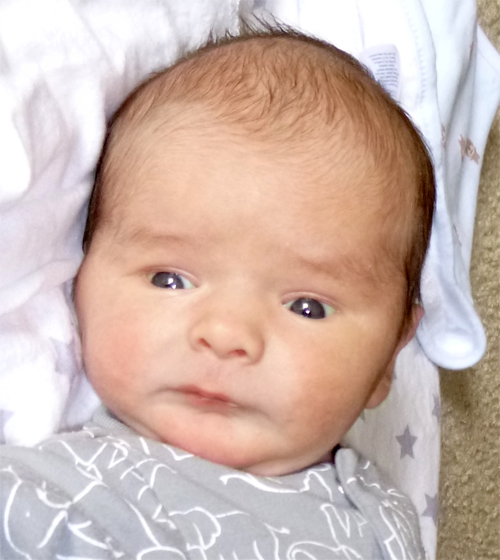