Year graduated from VCHS: 1996
Education or training after graduation: Graduated from the United States Military Academy at West Point in 2000. Airborne-qualified in August 1998. Commissioned a second lieutenant in the Army in May 2000.
Parents/Spouse/Children: My parents, Ken and Connie Lamb, still reside in Vandalia. I’m married to a fellow West Point grad, Jason Choi, and we have two children: Micaela is 11 and Tyler is 6.
Occupations during and after high school: While in high school, I worked at Wendy’s in Vandalia and stayed there until graduation. After West Point, I spent five years in active duty with the Army as an intelligence officer. Most of my time was in Fort Lewis, Wash. I spent all of 2004 in Iraq, leading the counter-terrorism team for Multi-National Forces Iraq. After the Army, I began a career in marketing and brand management. At Kraft Foods, I had the pleasure of working on such iconic brands as A-1 Steak Sauce and Jell-O. I left Kraft Foods in 2007 and took a senior brand manager position with Beech-Nut baby food. At Beech-Nut, I managed their infant products and eventually moved to leading the innovations and new products pipeline. In 2009, I became the senior area manager for the U.S. Small Business Administration, where I support entrepreneurs as they start and grow their businesses. My passion is working with veteran entrepreneurs, and I have the opportunity to teach business fundamentals to groups of transitioning service members at a local Naval base and at West Point.
School activities/clubs/sports that you participated in: Football cheerleading, track, band, chorus and Fellowship of Christian Athletes; I know there were other clubs, but I’m drawing a blank.
School friends: Cassie (Biellier) Beesley, Leslie (Augenstein) Pryor and so many other good people!
Vandalia teachers/coaches/administrators remembered: Mrs. (Helen) Meseke – she kept us all on track with college admissions packets! Mr. Mulholland – he was new and still learning, but he quickly realized Vandalia needed AP opportunities for our students and he made it happen. Coach T. (Mike Travelstead) – riding circles around the track team on his bike while we were sucking wind on long runs, which I was terrible at back then!
Fondest memories of Vandalia: Vandalia Lake with my family and good family friends. That’s where I learned to ski and spent countless hours in the slalom course practicing for tournaments. I also have good memories of Friday night football games, homecoming parades and growing up in the country. 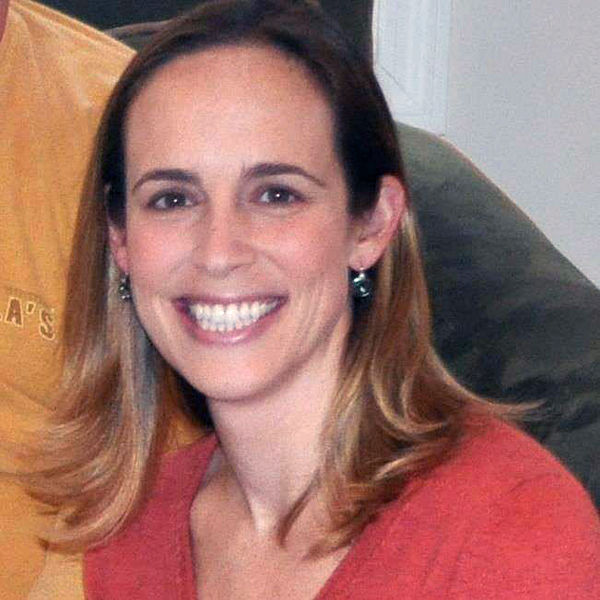