This week's photo: This man was born in Confidence, Ill., almost 100 years ago.

He is still active in the Vandalia Lions and American Legion in Vandalia, and he enjoys dancing and visits from his grandchildren and great-grandchildren. One son lives near Chicago and another near St. Louis, and a daugher lives in Colorado Springs, Colo.
Do you know him? If so, call The Leader-Union, 283-3374.
Last week's photo: Frederick, Vernon, Linda, Kenneth and Wilma Brazle.
No one identified them.
This week’s Scrambler: wef hseisw meoc uert yb letvsemhes.
Can you unscramble it??If so, call The Leader-Union, 283-3374, by 5 p.m. next Monday.
Last week’s Scrambler: A problem well stated is a problem half solved.
Unscrambling it were:
Juanita Workman, DeeDee Diveley, Lois Jackson, Judy Elder, Ray Morris, Rainey Wehrle's fifth-grade class, Cy and Lorene Locke, Harold and Loretta Tidwell, Beverly Whetstone, Shirley Mattes, Ruth Ann Garrison, Andrew Crosswait, Elizabeth Kasten, Vicky Workman, Barbara Buckland, Wayne and Bonnie Purtilar, Edith Reindl, Jan Williams and Larry Cable. 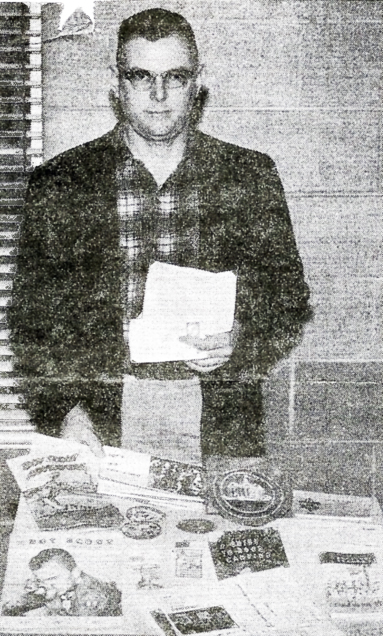