As part of their campaign tour across the Midwest in 1992, Democrat Bill Clinton and his running mate, Al Gore, stopped at the Vandalia Statehouse, where they spoke to a crowd estimated at 10,000.

After their speeches, Clinton and Gore, and their wives, Hillary and Tipper, were led on a tour of the Statehouse by Judy Baumann, who was then the site superintendent. Also in this photo, taken by Leader-Union Editor Rich Bauer, is Roland Burrus, a Centralia native who was the state's attorney general at the time. 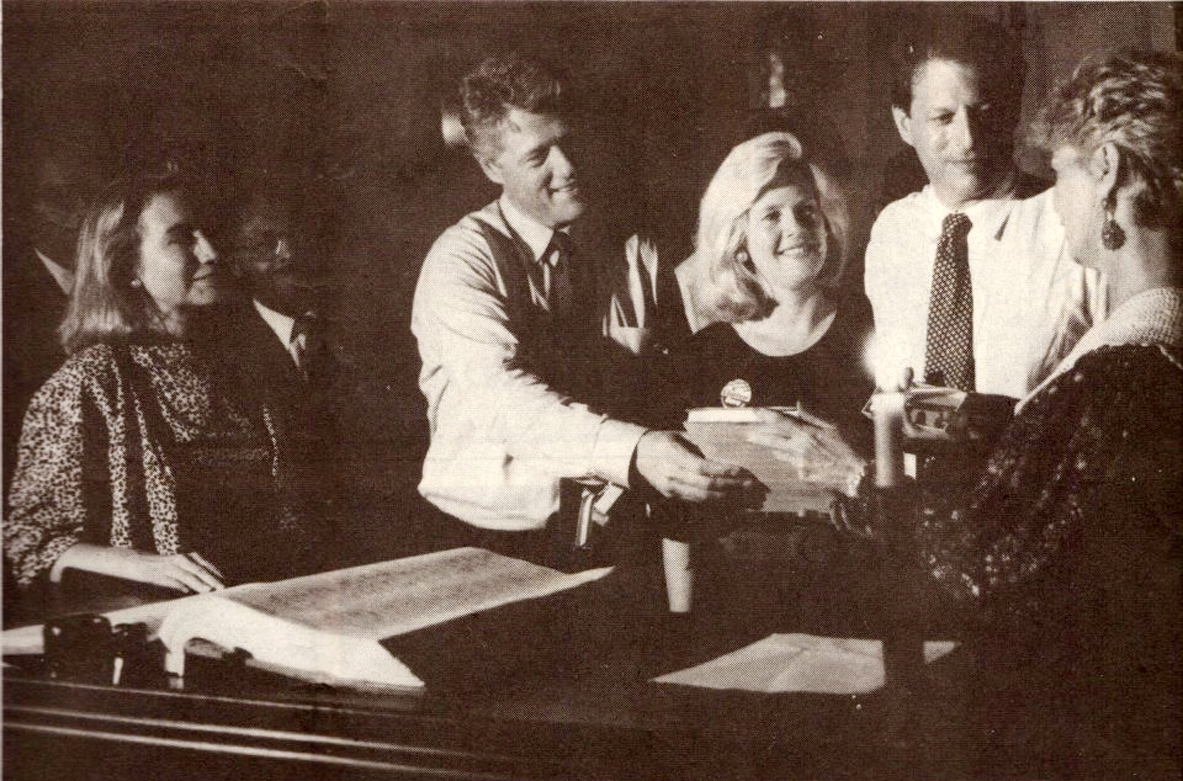