Cavaletto is a graduate of South Central High School and is pursuing an associate's degree in Nursing. She is married to John Cavaletto and is the daughter of Larry and Sue Urban. Pictured above with Cavaletto is Travis Henson, director of marketing for Kaskaskia College. 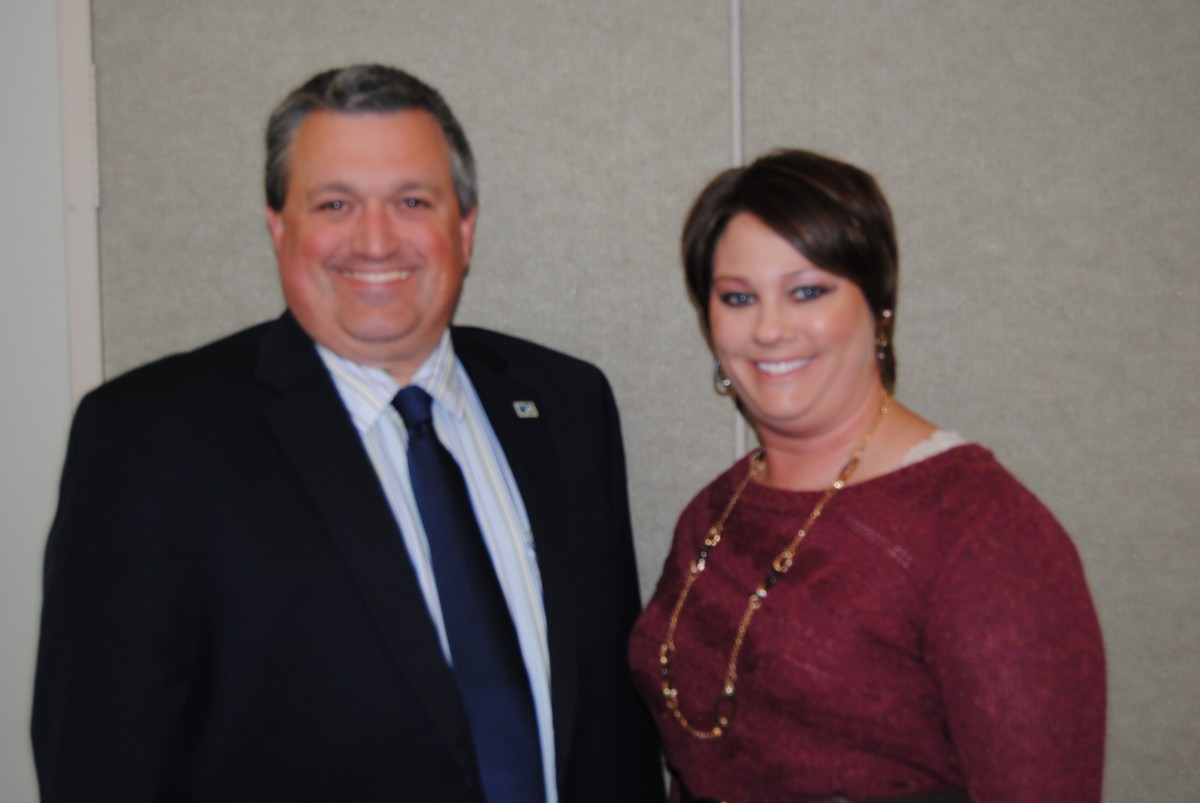