A judge will determine next Wednesday whether a Vandalia man arrested last week on child pornography charges will face trial on those charges.

Before daybreak last Wednesday, a team of investigators from the office of Illinois Attorney General Lisa Madigan – accompanied by Vandalia Police – executed a search warrant at the home of Ryan J. Koontz in the 500 block of South Cypress Street and placed him under arrest.
Later that day, the office of Fayette County State’s Attorney Joshua Morrison filed nine child pornography counts against Koontz.
The arrest of Koontz was followed by the arrest of 26-year-old Christopher L. Cook at this Centralia home.
The arrests of Koontz and Cook were part of Madigan’s “Operation Glass House,” a statewide initiative designed to “apprehend the most active offenders who download and trade child pornography."
Two of the counts filed against Koontz are Class X felonies which allege that he disseminated “a depiction by computer or other similar visual medium or reproduction” a child that he “reasonably should thave known to be under the age of 13” engaged in sexual conduct.
That offense is punishable by up to 30 years in prison and/or a fine of up to $100,000, with multiple sentences to be served consecutively.
The other seven counts are Class 2 felonies which allege the possession or dissemination of child pornography.
The Class 2 offense listed in those charges is punishable by up to seven years in prison for each count, with multiple sentences to be served consecutively. The maximum fine for that offense is also $100,000.
Koontz’s bond has been set at $300,00, but a motion filed on his behalf asks that his bond be reduced.
Judge Marc Kelly spelled out the conditions of his bond when Koontz made his first appearance in court last Wednesday.
Kelly said that Koontz is not allowed to have contact with anyone under the age of 18, or use the Internet, computers or Smartphones.
The motion to reduce Koontz’s bond will argued in court next Wednesday if a judge rules that Koontz will be held over on the charges.
A judge will make that ruling after evidence in the case is presented by Morrison’s office, or if Koontz decides to waive the preliminary hearing.
In announcing the arrests, Madigan said that the two arrests bring the number of “Operation Glass House” arrests to 73.
Through the initiative, Madigan’s High-Tech Crimes Bureau investigate and arrest offenders trading child pornography online.
The operation’s investigations, she said, “have revealed a disturbing community of criminals who are trading and viewing extremely violent videos of children as young as infants being raped and abused.”
Morrison said, “We’re happy to be a part of the attorney general’s operation to get offenders like this off the streets.
“We thank the attorney general’s office for their assistance and hope to partner with them on future investigations.”
Vandalia Police Chief Jeff Ray also acknowledged the assistance of Madigan’s office and also hoped to work with her team on future investigations. 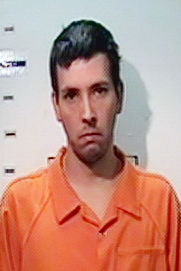