Three individuals were killed when the SUV they were in was struck by an eastbound train at the Sixth Street crossing in downtown Vandalia shortly before the start of the Halloween parade.

Two other individuals in the vehicle were seriously injured and airlifted to a metropolitan hospital.

Bowen the SUV was driven by Crystal Anna of Greenville, one of the two individuals seriously injured in the crash.

The crash occurred about 6:48 p.m. a block south of the route of the Vandalia Lions Club Halloween parade.

Initially, Bowen said that one of the people killed was a pedestrian on the east side of Sixth Street, but it was later determined that that person was a passenger in the SUV.

The first to respond were Vandalia Police, Fayette County Sheriff's Office and several members of the Vandalia Volunteer Fire Department who were not in department trucks lined up for the parade.

Firefighters involved in extrication efforts were at the scene until about 10 a.m., and other remained as the state police and CSX Railroad investigators worked with local law enforcement officers and Bowen in accident reconstruction. 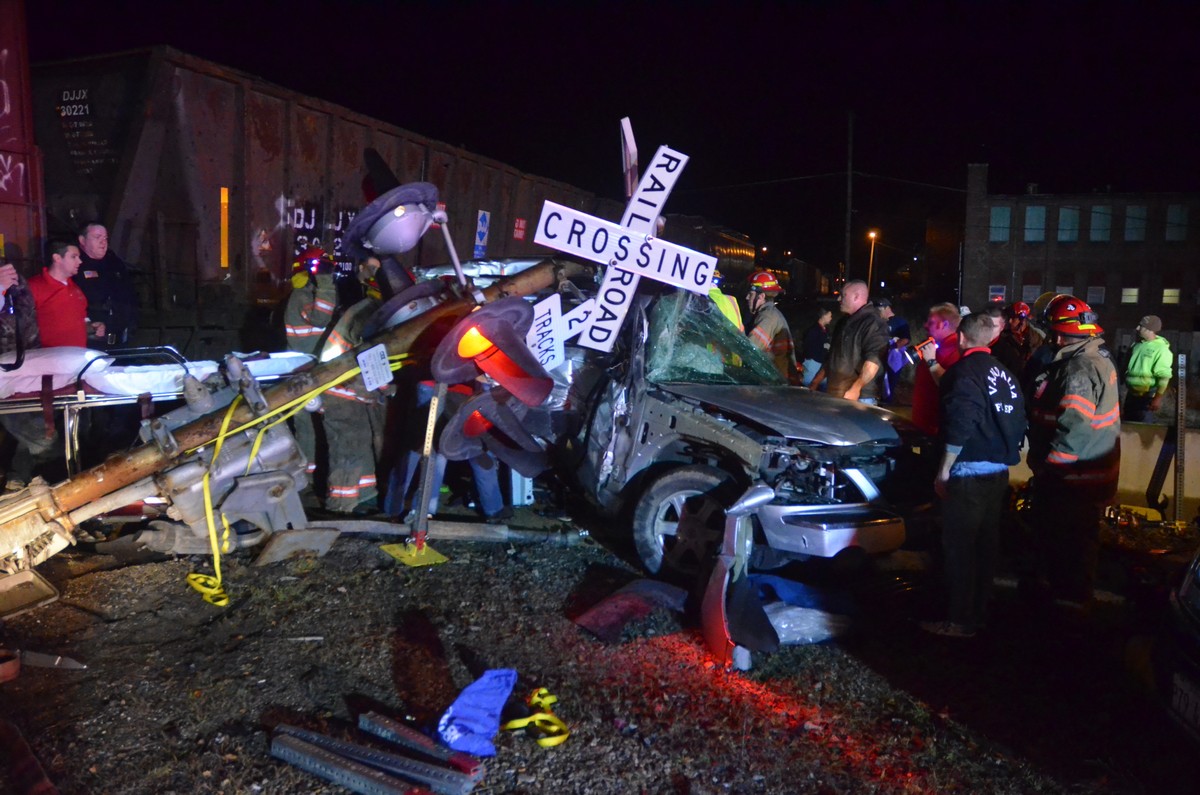