Vandalia’s Hannah Blythe entered her second straight appearance in the state tennis tournament on Friday with a perfect record, but fell in two matches.

In the first round, Blythe and her opponent, Belleville junior Kaylie Comley, had a number of long rallies, with Comley advancing with a 6-2, 6-0 win.
In the consolation bracket, Blythe met Tinley Park senior Haley Wilcox. “Haley’s powerful forehand and consistent play was too much,” said Bill Blythe, Vandals coach and Hannah’s father.
Blythe fell 6-0, 6-1.
“It was a disappointing tournament for Hannah, who just couldn’t get her best game going,” her father said. “But it was an awesome undefeated (regular) season.” 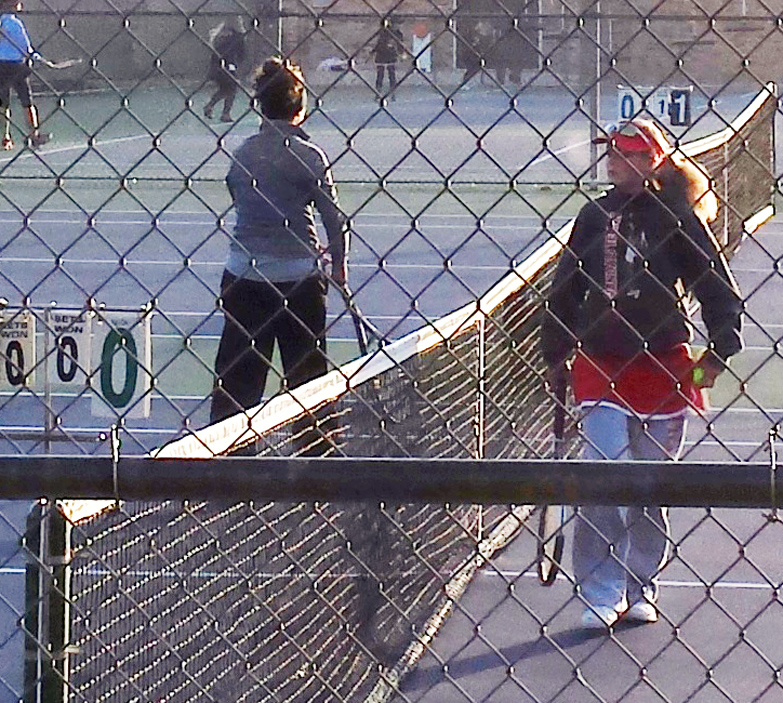 Vandalia’s Hannah Blythe, right, gets ready to compete against Kaylie Comley of Belleville in the first round of the state tournament on Friday.