Vandalia’s director of public works will be retiring at the start of next year.

And Vandalia’s mayor wants to pick his successor long before that retirement date.
John Moyer submitted his letter of resignation last Thursday, stating that it becomes effective on Jan. 2.
Moyer has served as the public works director since being appointed to succeed Dave Reeter on Feb. 2, 2002.
His employment with the city also includes four years as an employee in the public works department, from 1983-87.
In between those stints with the city, Moyer worked for United Cities Gas Co.
“After much consideration, I have decided it is time for me to retire as public works director,” Moyer stated in his letter.
“Vandalia has always been my home, and always will be. I was proud to serve in that capacity,” he said.
Upon announcing Moyer’s resignation at Monday’s city council meeting, Mayor Rick Gottman praised Moyer for his leadership and commitment.
“He has taken the public works standard to another level,” Gottman said.
Alderman Neil Clark added words of praise. “He may be the head of the department, but he works just as hard as those guys (in the department),” Clark said.
The mayor told the council that he would begin a search for Moyer’s successor, saying that he would like to make an appointment soon, to give the appointee time to train under Moyer.
The public works director is appointed by the mayor, with the consent of the council.
Gottman said, “My goal is to promote (from) within (the department).”
Also at Monday’s meeting:
• The council approved the hiring of Bruce Boaz Jr. for the public works department. He fills the vacancy created by the retirement of Steve Sparks.
Alderman Russ Stunkel, chairman of the council’s personnel, finance and insurance committee, said that Boaz was recommended from a field of about 50 applicants, with that group narrowed to five finalists.
• Gottman told aldermen that the Illinois Historic Preservation Agency has approved the replacement of the two bridges at Fifth and Randolph street, but that it has since been learned that the paperwork must also be approved by federal historic preservation officials.
Gottman said that he plans to contact U.S. Congressman John Shimkus (R-Ill.) and other representatives to see if they can help move the process along.
• The council agreed to allow for the detour of U.S. Route 51 just north of town to the old path of Route 51 while Marathon makes repairs to a line. He said the work will be done in the near future, and that Marathon estimates that the project will take 72 hours to complete.
• Police Chief Jeff Ray reported that the Fayette County Health Department had hosted a meeting concerning the response of area emergency responders in the event of an Ebola case in the county. “We went over scenarios if someone gets it,” Ray said.
Those attending include local police, health care personnel and firefighters.
• The council approved a payment of $46,192.84 to Plum Concrete Creations for work completed on the city’s new cemetery maintenance building. The construction of that building is funded solely with state grant funds. 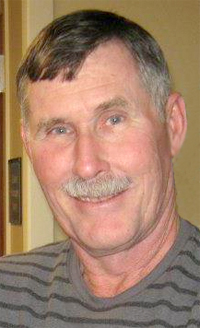