The Lady Vandals were unable to take advantage of their momentum going into the third game of the championship matchup of their tournament on Saturday, taking second place.

GOLF
Vandalia finished third in a triangular match last Thursday at Vandalia Country Club.
Ramsey won the match with a 168 score, followed by Litchfield with a 173 and the Vandals with a 182.
Michael Lay of Ramsey was match medalist with a 38.
Scotty Shulman was low for Vandalia with a 44, followed by Jake Bowen with a 45, Alec Schroeder with a 46 and Nathaniel Weaver with a 47.
Zach Schaal shot a 50 and Kain DuFaux shot a 51.
Last Tuesday, the Vandals finished second in a triangular at Hillsboro.
Hillsboro won with a 172, followed by Vandalia with a 172 and Mt. Olive with a 223.
Richie Well tied for match medalist honors with a 41. Other Vandalia scores: Bowen, 45; Shulman, 45; Schaal, 46, Schroeder, 53; and Alex Cocagne, 55.
On Monday, the Vandals were third in a triangular match at Hillsboro.
Marquette won with a 147, Hillsboro was second with a 174, and Vandalia shot a team total of 189.
Bowen led the Vandals with a 45. Other scores: Schroeder, 47; Shulman, 48; Schaal, 49; Weaver, 54; and DuFaux, 60.

SOCCER
The Vandals recorded their second win of the season on Saturday, defeating Roxana, 3-1.
Craig Spearman, Dalton Waschle and Austin Durbin scored goals for Vandalia. Durbin and Nic Wollerman each had an assist, and Blake Torbeck had 11 saves.
On Friday, the soccer squad lost to Christ Our Rock Lutheran, 3-1, with Waschle scoring the Vandals goal. Durbin had an assist, and Torbeck had 12 saves.
Last Tuesday, Hillsboro defeated Vandalia, 3-0. Torbeck had 10 saves.

BASEBALL
Brownstown/St. Elmo and Mulberry Grove had advanced to the championship game of the Egyptian-Illini Conference Tournament in St. Elmo.
The two teams will square off for the conference tourney title at 7 p.m. on Thursday at Deken Park in St. Elmo.
Brownstown/St. Elmo advanced to the title game with a 2-1 win against Patoka on Tuessday.
Noah Flowers earned the win, striking out 13, giving up only three hits in recording a complete game. Joey Sturgeon took the loss, striking out three, allowing four hits and giving up two walks.
Malachi Maxey led SEB with a double and an RBI, and Drake Hall added the second RBI. Nate Matthews and Cole Horner had the other SEB hits.
Mark Herrin, Jered Cain and Ryan Gramlick had Patoka’s three hits.
Mulberry Grove advanced to the title game by blanking Cowden-Herrick Beecher City, 10-0.
Logan Childress got the win for the Aces.
Patoka and Mulberry Grove will play the third-place game at 4:15 p.m. on Thursday at Deken Park.

Brownstown/St. Elmo defeated Patoka, 14-0, last Thursday.
Hall, 4-1 on the year, got the win, striking out eight and allowing just two hits.
Elijah Austin, Maxey, Flowers, Lewis Brown and Landon Feezel each had two hits for SEB, with Maxey driving in three runs and Brown having two RBIs.
Klayton Kroll and Hall each contributed one hit.
Herrin and Bailey O’Brien had Patoka’s hits.

On Friday, BSE defeated Ramsey, 11-1, with Lewis Brown recording the win on a five-hitter.
Flowers and Hall each had two hits for BSE, and Feezel and Maxey each added one.
Brown struck out seven and walked one in recording the win.
Waylon Davis took the loss for Ramsey, giving up six hits while striking out three and walking four.

South Central defeated Webber Township, 4-0, on Saturday.
Gavin Ratermann picked up the win, giving up four hits and two walks while striking out seven over six innings. Dylen Peters pitched the second, giving up one hit and striking out one.
Dylan Smith was 1-for-4, his lone hit being a two-run homer in the fifth. Ratermann doubled and drove in a run, and Peters and Dre Hill each had one hit. 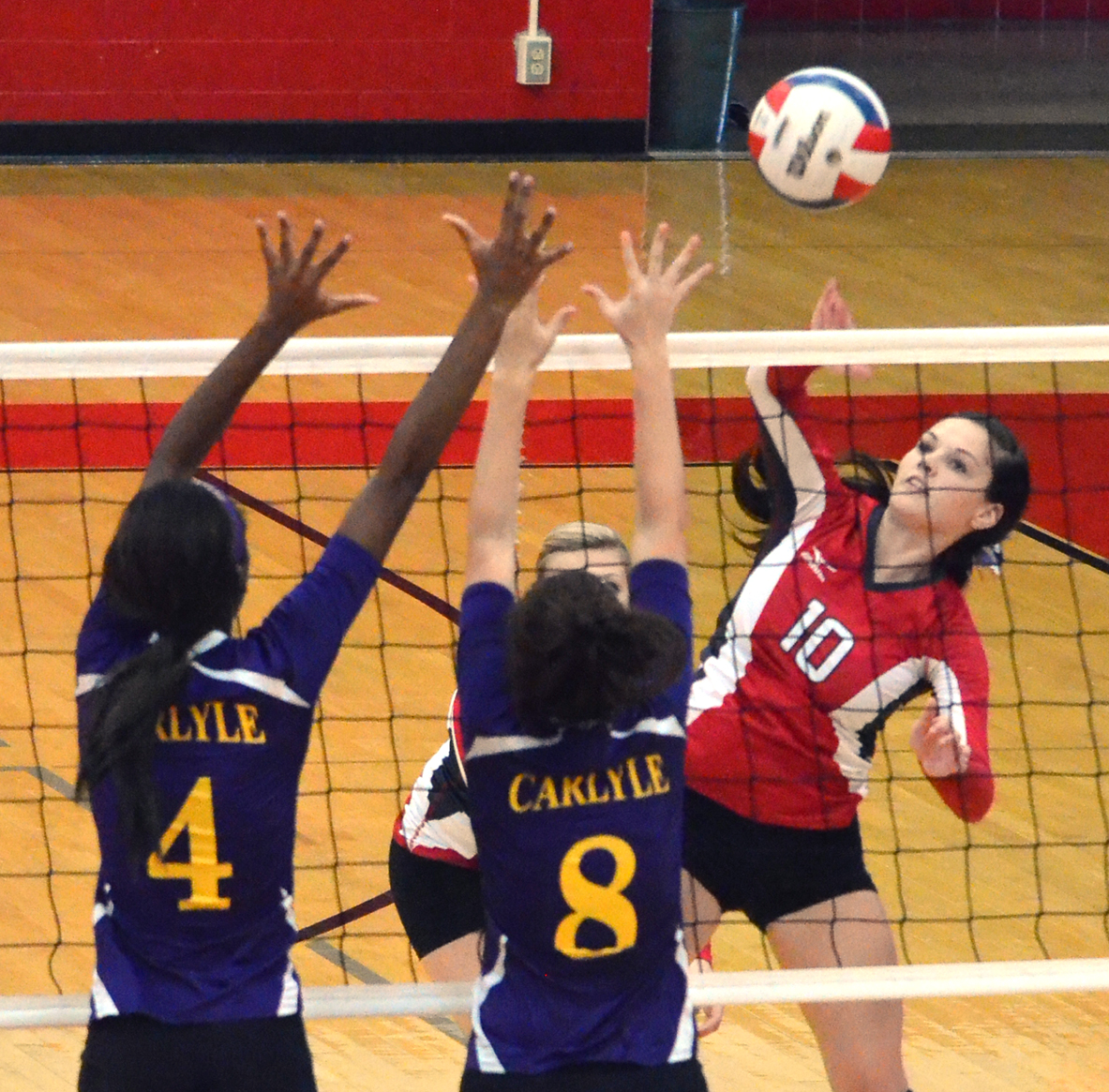 Vandalia placed second in their tournament on Saturday 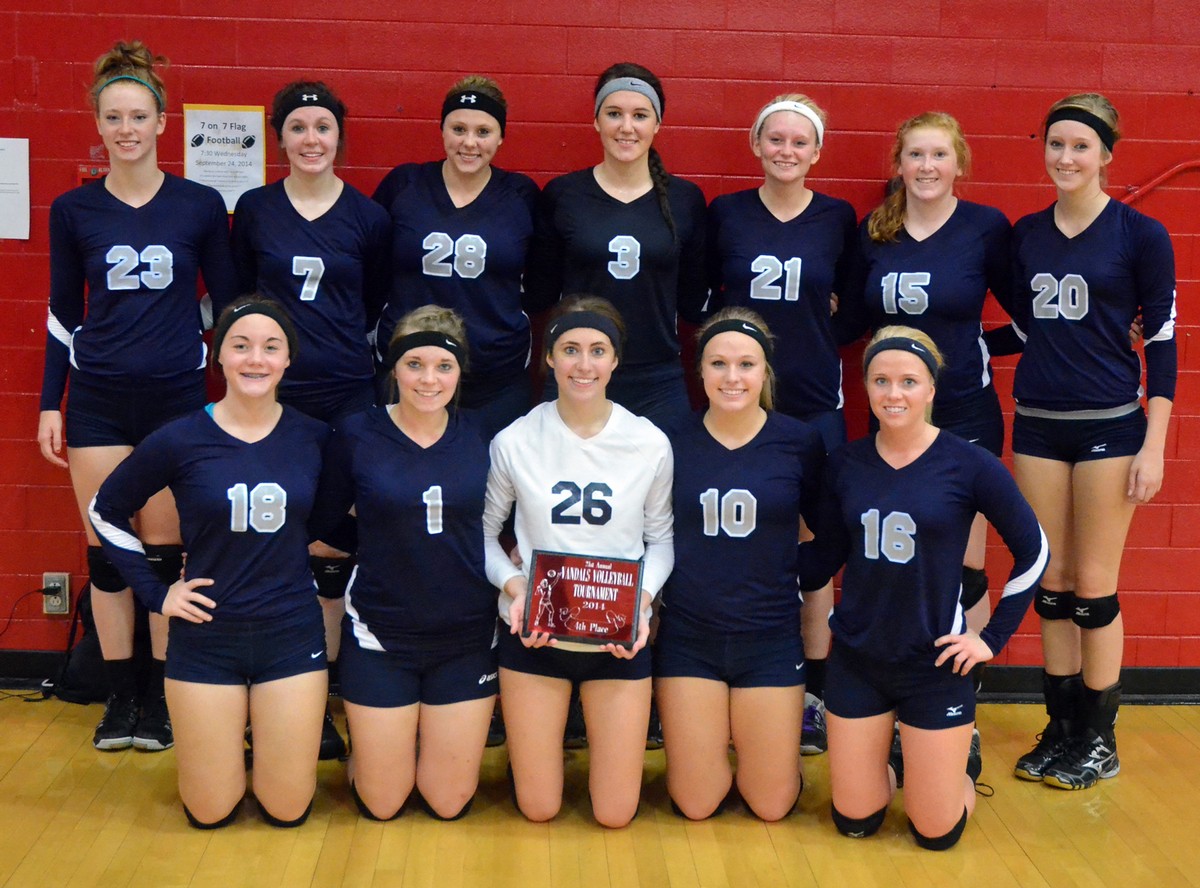 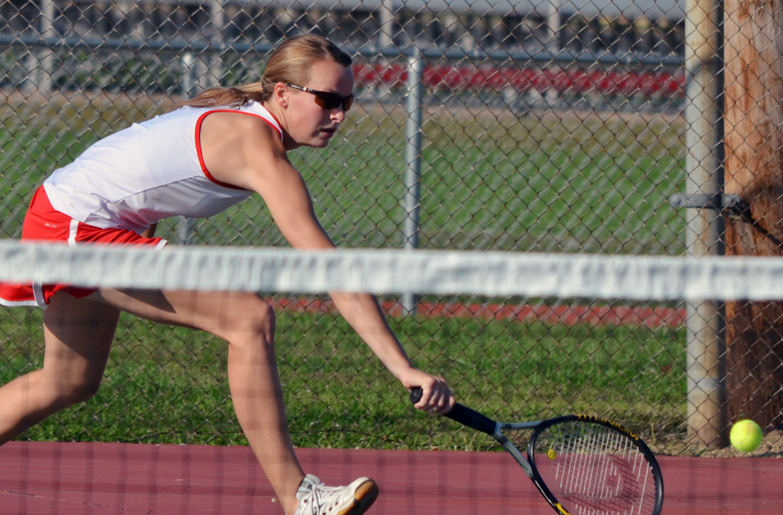 Emma Meyer stretches out for a backhand shot during last Thursday’s win over EAWR.