It will take a lot for Spencer Patton to experience a better couple of days than he did last week.

The 2006 graduate of South Central High School was scheduled to report to the Texas Rangers last Wednesday, but he was delayed – for good reason.
Patton’s debut in the major leagues was delayed so he could be with his wife when she gave birth to their first child.
"It hasn't sunk in yet," Patton told the Rangers staff writer. "It has been pretty surreal and exciting."
Patton, who joined the Rangers via a trade with the Kansas City Royals, joined the Texas squad on Thursday, a day after the arrival of Bruer Patton, and right away, he proved that he belonged in the big leagues.
Patton stepped the mound from the bullpen in the fourth inning of the game against the Seattle Mariners.
Patton replaced Michael Kirkman after Kirkman hit Kyle Seager with a pitch.
The former Cougar, who was a 24th round pick of the Royals in the 2011 first-year player draft, got Corey Hart to fly out, retired Chris Denorfia on a line out and then recorded his first major-league strikeout with a K of Chris Taylor.
Patton returned to the mound in the fifth inning, and again, he set the Mariners down in order, getting Jesus Secre on a fly ball, Austin Jackson on a ground out and Dustin Ackley on a pop-up.
In his second appearance, in a third of an inning outing, Patton gave up his first hit in the big leagues.
Patton was drafted by the Royals after pitching for Parkland College and Southern Illinois University Edwardsville.
He had a record of 1-1 with a 3.38 earned-run average and four saves in 15 appearances for the Triple-A Round Rock Express of the Pacific Coast League. 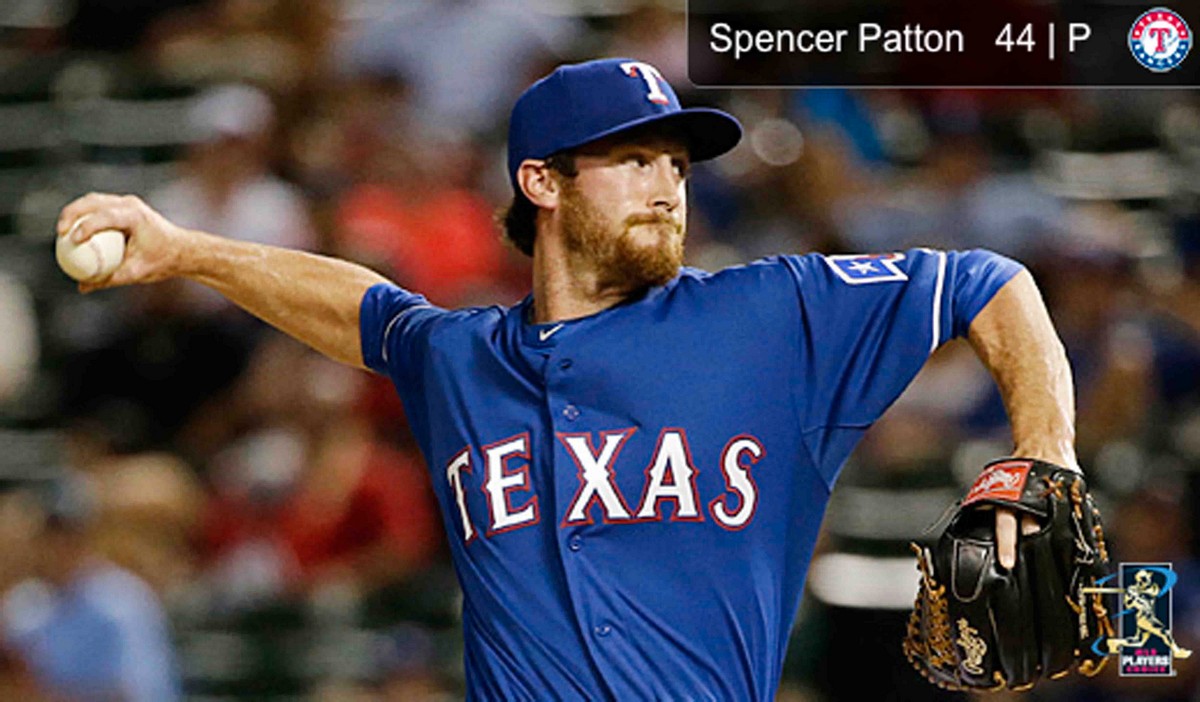