Several graduates of the Vandalia High School Class of 1947 have been featured in The Leader-Union in the past year, including Dr. Laurene Mabry and June Squibb, regarding their professional accomplishments.

Laurie Mabry was instrumental in getting Title IX passed, allowing women the same opportunities and recognition as men in the world of sports. Think of her fight and influence on a national committee when she went to Washington, D.C., in her fight for this when you are viewing the Olympics on television.
The president of the United States finally accepted that they were going to go on with it, and women’s national championships were born.
June Squibb appeared in high school plays and followed her dream of being an actress professionally. She was nominated for an Academy Award for her starring role in the popular movie “Nebraska’"this year, in competition with the cream of the crop actresses for best supporting actress. She appeared on national television during the Academy Awards show on TV.
Norman Wright is another member of the VHS class of ’47, and he has also gone on to become a success in his chosen work. He made a big difference in the lives of many as he played an instrumental part in providing water to 525,000 people in 11 Texas cities: Amarillo, Borger, Pampa, Plainview, Lubbock, Slaton, Leveland, Tahoka, LaMesa and Brownfield.
He served on the board of directors of the Canadian River Water Authority for 30-plus years, and served as president of the board.
The authority was created by congress and was signed into law by Harry Truman, who was president at the time.
Norman Wright’s photograph, accomplishments and comments were featured often on the front pages of The Plainfield Herald.
He shared that Laurene Mabry was his date for their Junior-Senior Prom and he acted in the high school plays with June Squibb.
The harvest of exceptional students and graduates of the class of ‘47 surely deserves recognition as a whole, and individual recognition of those have been featured in Fayette Focus, and those in future focuses.
Norman Wright consented to share his story, although he and his wife, Louise, were leaving for a vacation in the mountains of New Mexico. The interview was accomplished through modern technology … something only dreamed of in the year of the Class of ’47.
Norman Wright’s Story
Norman was born on May 3, 1929, to Arvel and Pearl Thacker Wright in Greenville. “I had only one brother, Maurice Wright and no sisters.”
Norman moved to Vandalia with his parents in the late 1930s and attended Vandalia Schools, graduating from Vandalia High School in 1947.
“We had a great class of students and teachers and I thought a lot of them all,” he said.  In the fall of 1947, he went to Southern Illinois University in Carbondale.
Many will remember Wright’s Coffee Shop, which his parents owned and operated. It was located at the west end of Vandalia’s business district, on the north side of Gallatin Street.
“They had a good business,” he recalled. “My parents sold the restaurant and moved to Albuquerque, N.M., for my dad’s health.”
Military, Marriage and Family
Norman enlisted in the Army in 1948. “The draft was still going on. I chose to go to Officer Candidate School at Ft. Riley, Kan., and received my commission on Nov. 4, 1949,” he said.  After advanced training at Ft. Benning, Ga., he married Louise Syms in Albuquerque on March 3, 1950.
“We have four children,” he said. “Walter, who is choral director at Plainview High School in Plainview, Texas, and has just finished his 30th year as choral director; David, who is a physician with his wife in Plainview; Susan, who is a mortgage banker in Albuquerque with Wells Fargo; and John, who is a private jet pilot flying out of Dallas, Texas.”
They have 10 grandchildren and seven great-grandchildren.
While in the military, Norman was sent to Japan three weeks after he and Louise married . “Because I was an officer, I could get her sent to Japan, but the North Koreans attacked the South Koreans and I was sent to Korea, so Louise never got to Japan, ” he said.
“My assignment in Korea was battalion ammunition officer for the 99th Field Artillery, 1st U.S. Cavalry Division.”
Better Times
Later, Louise joined Norman in his assignment to Camp Toberts, Calif..
After one year there, “My time was up on my enlistment and I was discharged as captain in the Army Reserves.
“We went back home to Albuquerque and I got a job in the Albuquerque Bank. We moved in 1959 to Plainview, Texas, where I did more college study at Wayland Baptist University and worked in a local bank at the same time.
“Promotions in the bank came along and I made senior vice president and trust officer before being hired to become president of City National Bank in Plainview,” he said.
“Nationally, small banks have been purchased by large, national banks, and I eventually became chairman of the board of what is now Wells Fargo Bank in Fairview.
“They have a mandatory retirement age of 65, so that ended my 42 years of banking.
“Banking sure has changed over that time,” he said.
Next Week
Norman Wright’s story will pick up with him becoming very active in the community and his work with the Canadian River Water Authority, accomplishments never dreamed of or imagined by the young graduate of the VHS class of ’47. 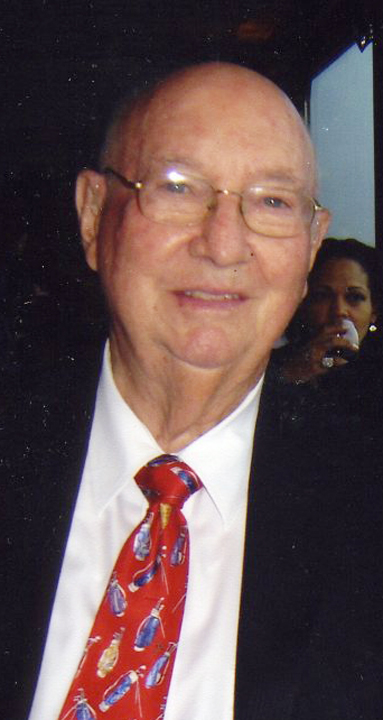