Verlin and Marcia Haslett celebrated their 50th wedding anniversary on July 3 at their home in Fleming Island, Fla.

They were joined in the celebration by their two children, J.R. Haslett and Shanna Breen and their spouses, and four grandchildren: Marissa (20), Andy (10), Lincoln (3) and Anthony (3).
The celebration included the presentation of 40 roses to Marcia carried by the four grandchildren. Each bouquet contained a note that eventually read, “Will You Marry Me?” Verlin then presented Marcia with an additional 10 roses, along with a sign that read, “Again?”
Marcia accepted and the couple renewed their vows. This time, their wedding included cake, flowers and family, none of which were included when they first married on July 3, 1964, in St. Elmo.
Marcia and Verlin met in St. Elmo when they were both teenagers.
After they were married, Verlin joined the Army in 1966 and served two tours in Vietnam.
The Army took the Hasletts to Germany and all over Europe, where they enjoyed a lot of travel and interactions with many different people and cultures.
Verlin retired from the Army in 1986 and they settled down in Lebanon, where Marcia worked in the healthcare field for over 25 years as a social worker. At the time of her retirement, Marcia was the administrator of Hitz Memorial Home in Alhambra.
Verlin and Marcia moved to Fleming Island, Fla., in 2011 to be closer to J.R. and his family.
Two years later, Shanna and her family also moved to Fleming Island. Their oldest grandchild, Marissa is currently a junior at Jacksonville University in Jacksonville, Fla. 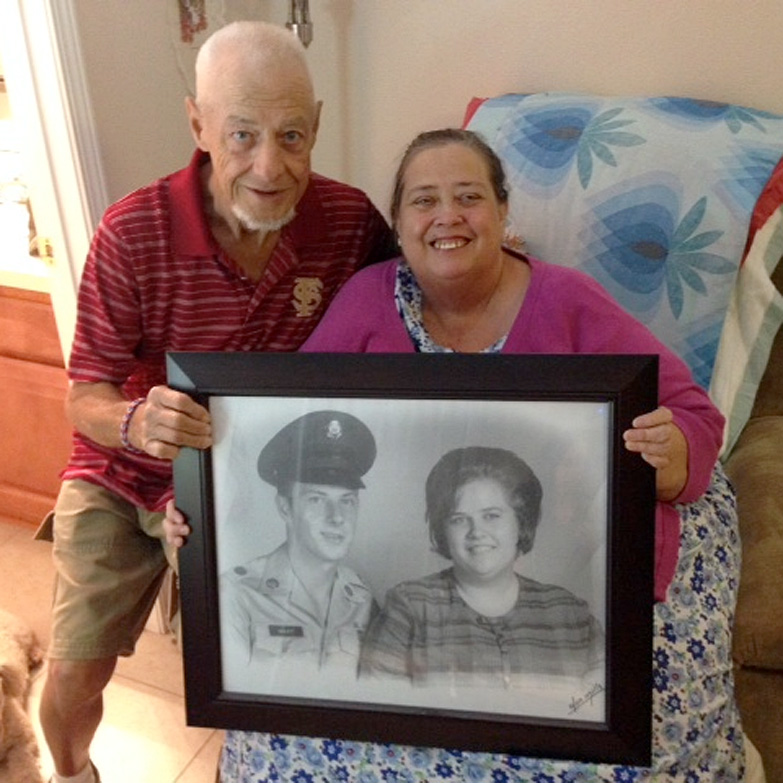