This week’s Mystery Banks Photo: This picture was taken at the 50th anniversary of the couple in the center in 1957.

Several  of the grandchildren have been married for 50 years and one has been married 62 years. Many of the grandchildren still live in Fayette County.
Do you know them??If so, call The Leader-Union, 283-3374.
In last week’s Mystery Banks Photo were: Jeremy Moreland and Todd Moreland.
Identifying them were: Ben and Peggy Hunt, Elaine Michel, Velma Ballard, and Harold and Judy Baumann.
This week’s Scrambler: eht lyon yaw ot od targe kwor si ot velo thaw uyo od.
Can you unscramble it??If so, call The Leader-Union, 283-3374, by 5 p.m. next Monday.
Last week’s Scrambler: If the wind will not serve, take to the oars.
Unscrambling it were: Jan Williams, Juanita Workman, Lois Jackson, Dee Dee Diveley, Judy Elder, Ruth Ann Garrison, Larry Cable, Ray Morris, Edith Reindl, Andrew Crosswait, Elaine Michel, Shirley Mattes, Beverly Whetstone, and Cy and Lorene Locke. 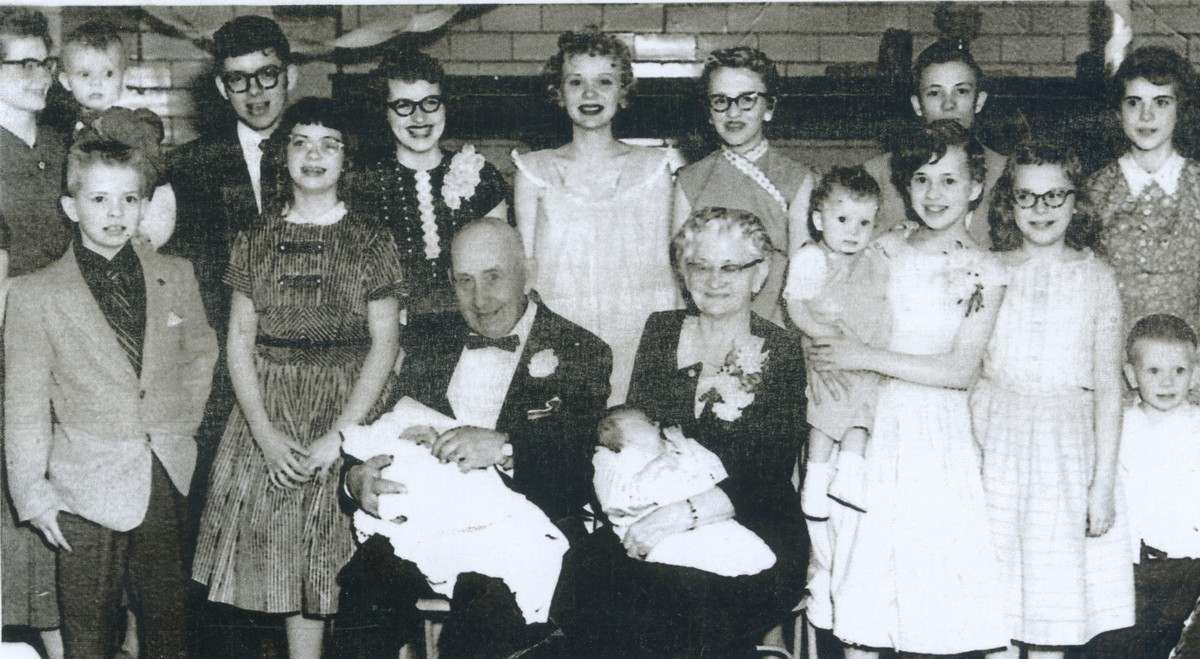