A new season of Vandalia Community High School football officially got under way on Monday, with the first practice.

The Vandals have nearly 70 players spread across the varsity, junior varsity and freshmen teams this fall, and hope to improve on last year's 1-8 record and contend for the postseason.

Vandalia's first game is at home on Aug. 29 against Gillespie.

Official practices for Vandalia's other fall teams began on Wednesday. 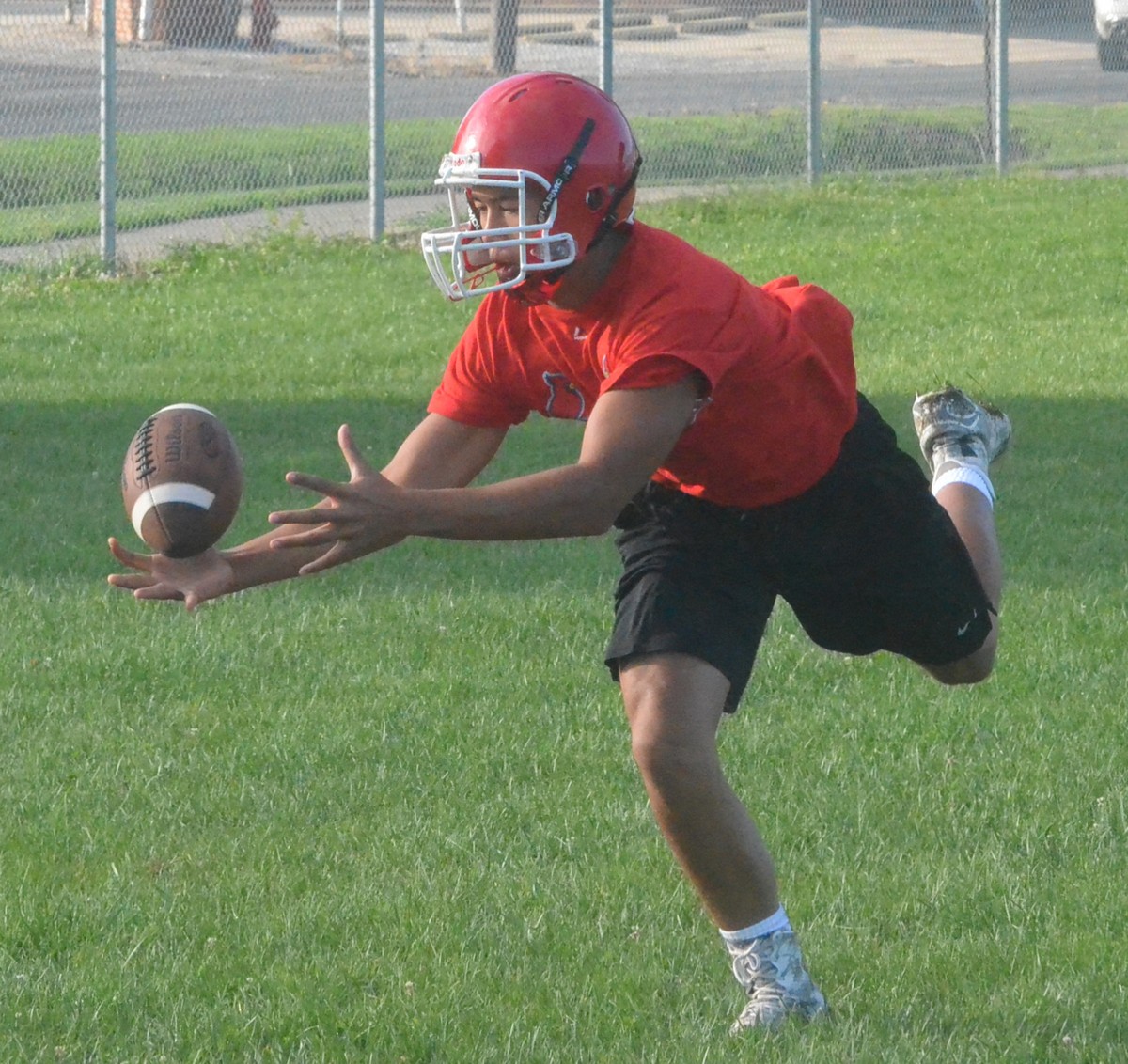 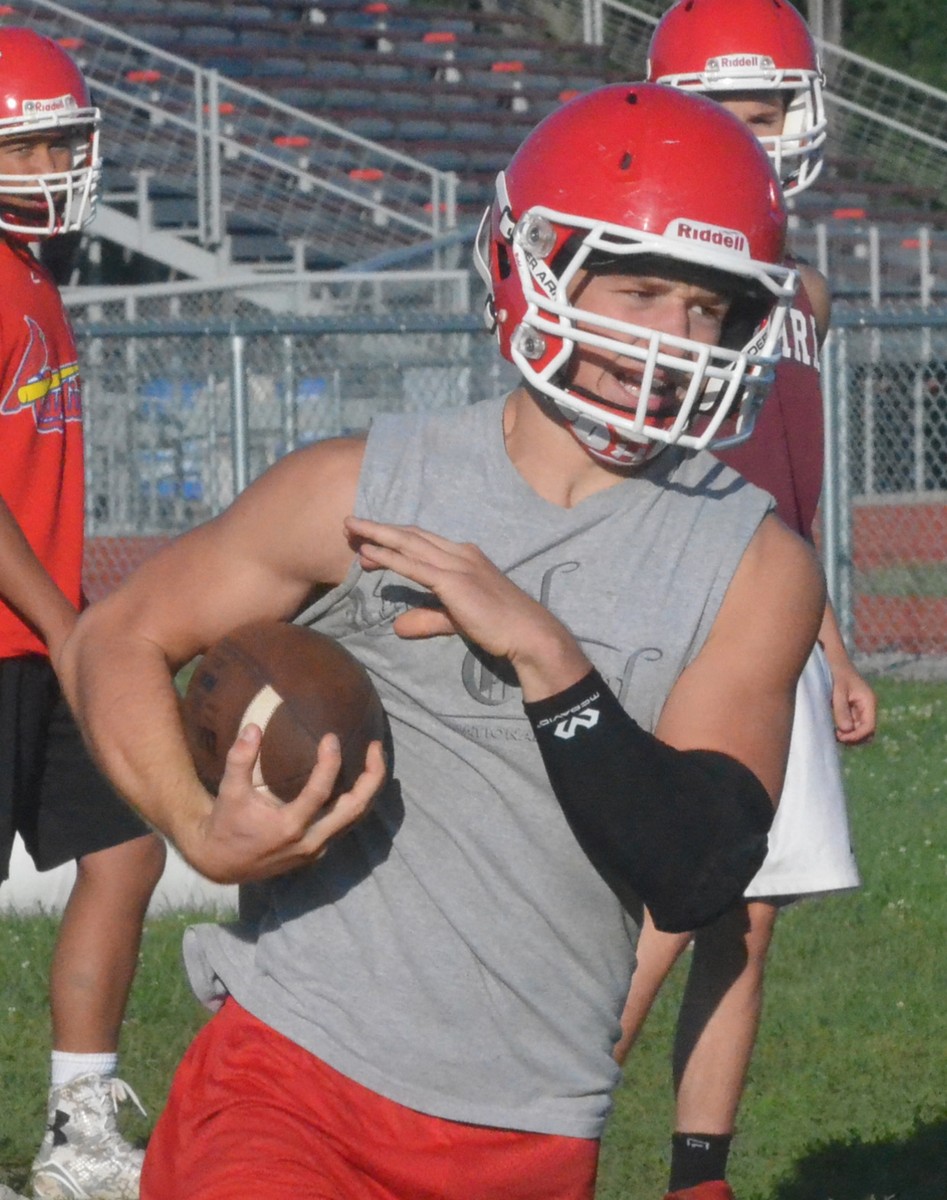 Junior Tucker Willms carries the ball during the practice. 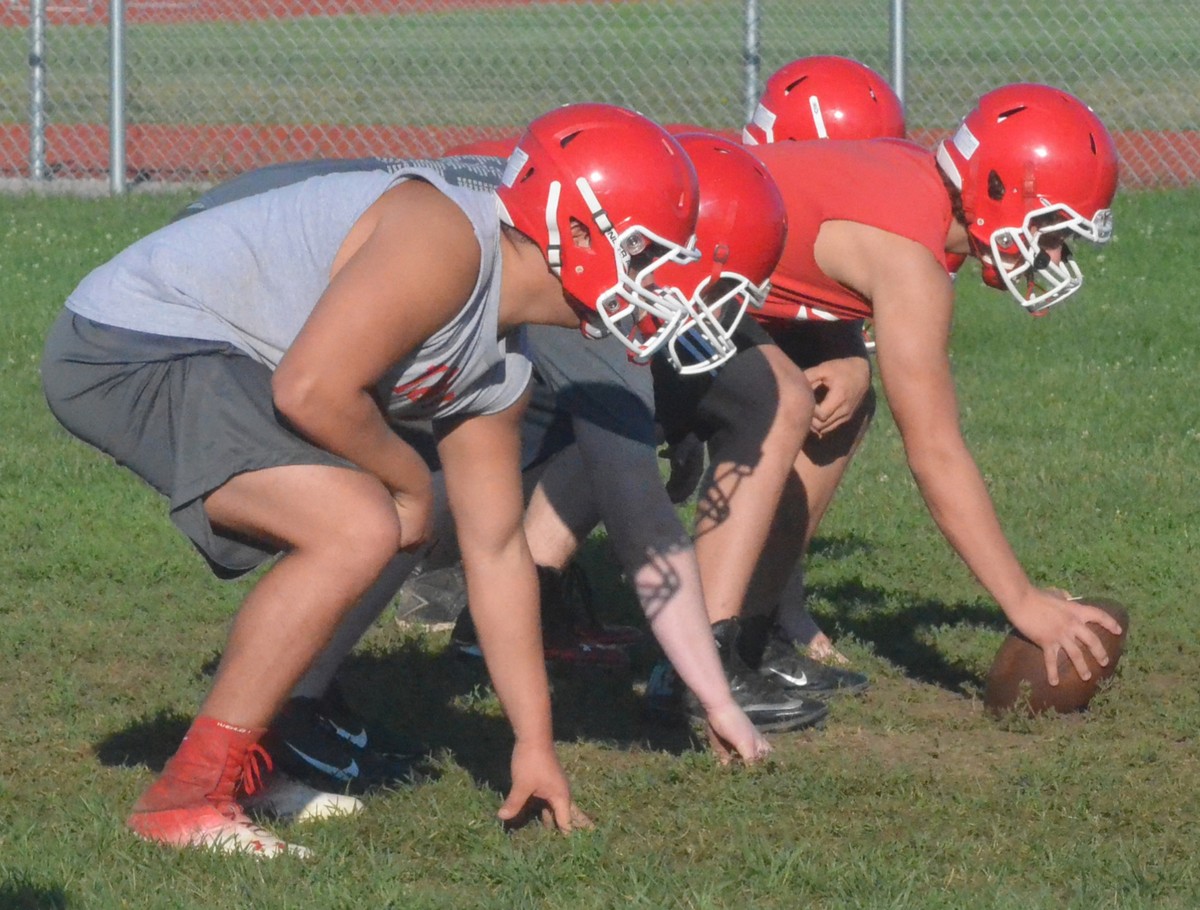 The offensive line sets up for a play during Tuesday morning’s practice.