Groner described the small business incubator facilities in Centralia, and told chamber members that offices for startup businesses are planned at KC's Vandalia campus in the future.
"The offices are designed to help new businesses get launched," he said. "The businesses that fit best are those that started in a person's home and now need to have more space and privacy."
He said that the incubator generally houses a new business for about two years.
Also at the meeting, June Mahon reported that 284 visitors from 23 states signed in at the Tourist Information Center during July.
Chamber President Brock Brannon announced that Tom Cross will be the speaker for the Chamber meeting on Sept. 3.
He also noted that the format of the organization's new business breakfast may be changed. He said that attending the breakfast meeting is difficult for many.
Brannon also said that entertainment ideas are being sought for the chamber's annual banquet. 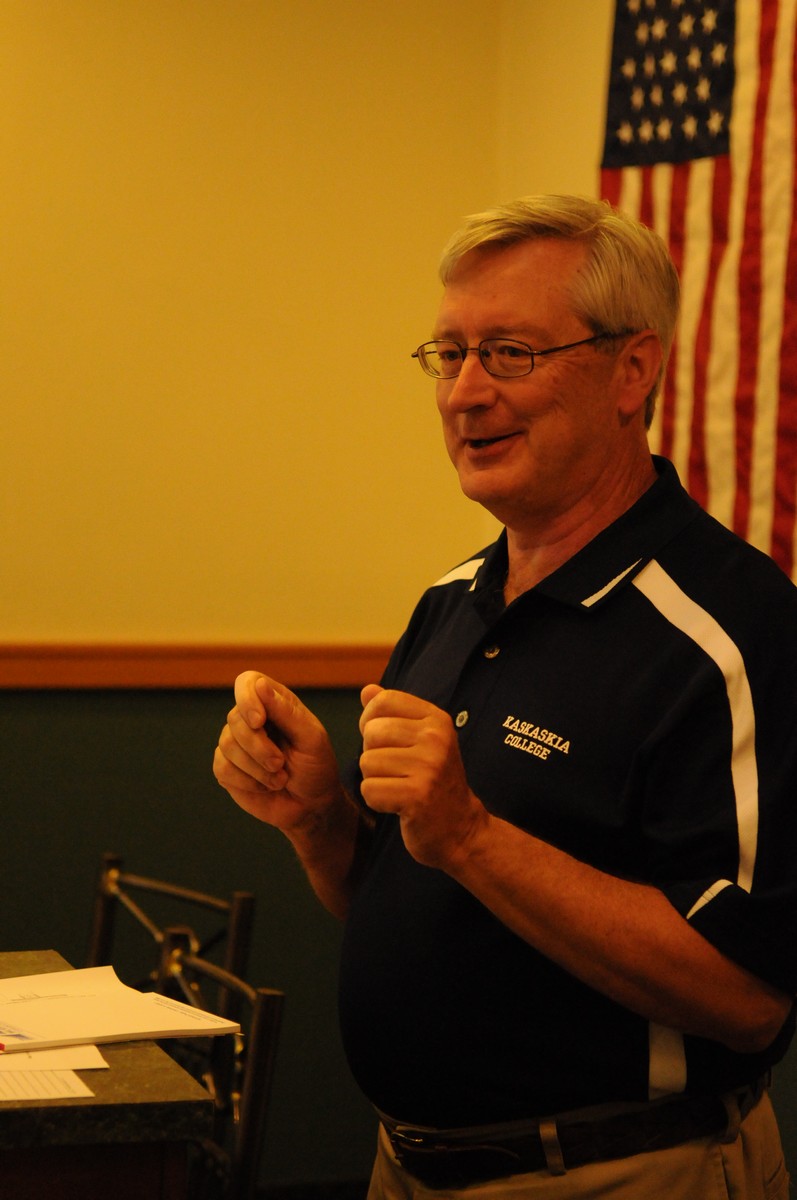