It was Blythe's second tournament championship of the summer.

She also earned the title at the Frog Island Junior Open in Flora.

Her father, Bill, also participated in the Saluki Open, finishing second in the Men's 45 Division.

Bill Blythe has been named the head coach for Vandalia's high school tennis team, and the Lady Vandals will be opening the season on Aug. 25 at Roxana. The first home match is on Sept. 11 against Hillsboro. 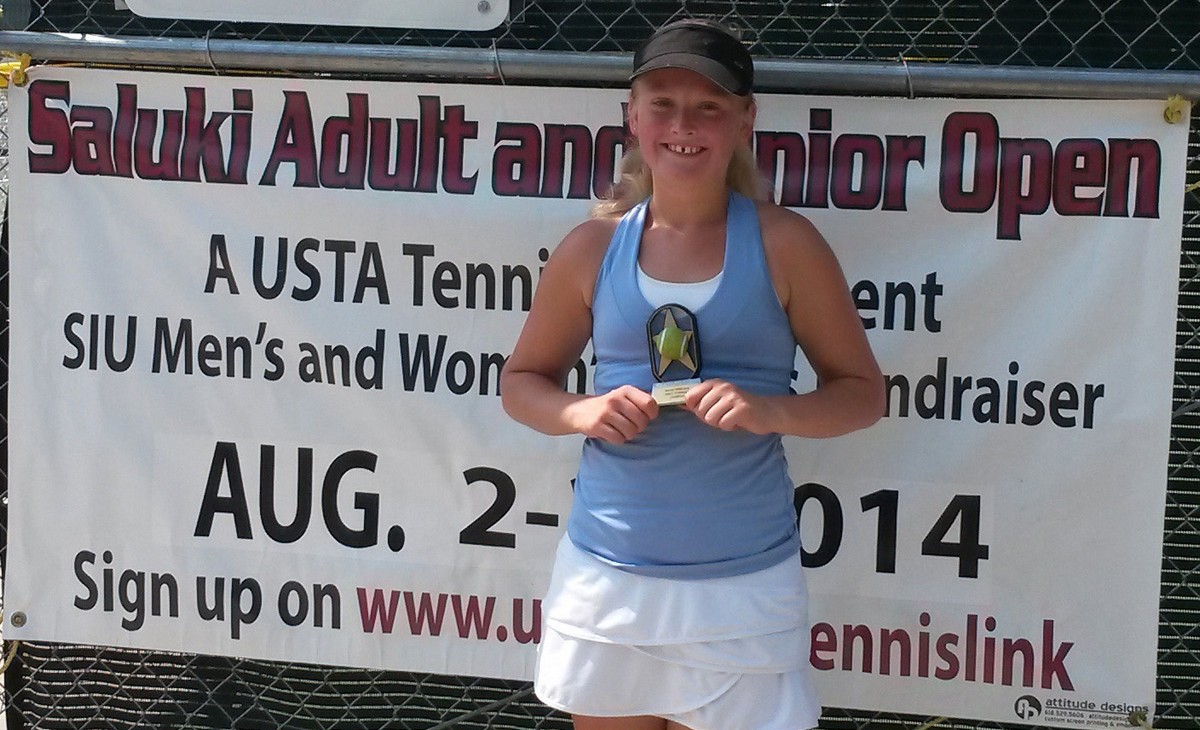 Vandalia Community High School junior Hannah Blythe defended her championship at the Saluki Adult/Junior Open earlier this month for her second tournament title of the summer.