VANDALIA – The Family YMCA of Fayette County has made another improvement to its facility, and yet another will be installed at the end of the month.

Builders from Pine Ridge Homes recently completed a pavilion that is situated on the west side of the area between the four playing fields on Miller Field, and on Aug. 22, the Dee Dee Hartz Memorial Playground is scheduled to be installed.

The pavilion was made possible at this time only by a donation from the company’s owner and YMCA board member, Kevin Satterthwaite, because the grants sought for the project were denied.

“We knew what that was going to cost, but we were going to put it off to next year,” said YMCA Executive Director John Ashdown. “Kevin donated about 60 percent of the cost, and without the donation, we would have put it off a year.”

Combined with the coming playground, it will enhance the experience of families whose children are involved with the YMCA’s soccer and flag football programs, Ashdown said.

“Everybody agreed to it, and we moved forward,” Ashdown said. “It will make a really nice area when the kids are playing soccer or flag football.

“Brothers and sisters can go to the playground, and families can eat supper at a table while they watch.”

Since moving into the current facility on Rock Island Avenue, the YMCA has made steady improvements inside and outside the $1.25-million facility, including a racquetball court, dojo room and updated exercise equipment.

“It’s been really exciting,” Ashdown said. “Whenever you build the facility, you don’t know how the community will support it, but they – and our members – have been good to us.

“Through the generosity of people like Kevin, gold and silver sponsors, and grants, we’ve been able to move forward on lots of things.” 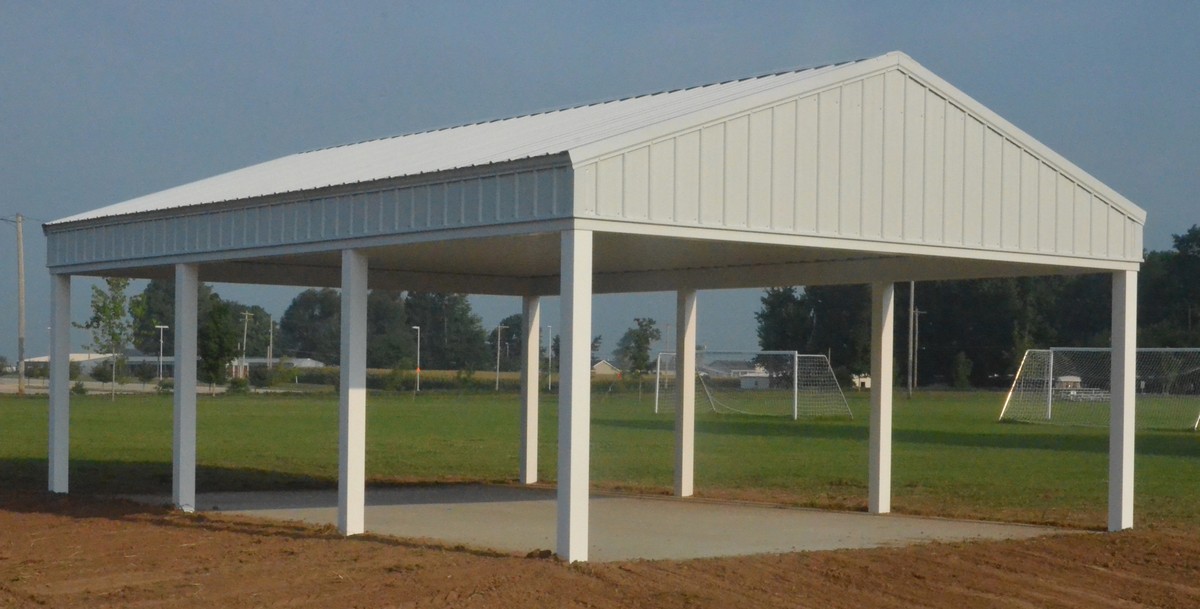 Builders from Pine Ridge Homes recently completed a pavilion at Miller Field at the Family YMCA of Fayette County.