By  Charlene M. Jett
Our meeting on Monday went off without a hitch! It was good to see everyone, so pat yourself on the back for making it a good meeting!

Our leader was Cindy Hunter, who brought cookies. We all got reacquainted and we shared refreshments. Cindy was in good humor today. She told about her deer farm, and this year’s double set of deer twins, which is a good recovery from last year’s illnesses.  She was telling about a new young buck with an impressive set of antler!  If you ever go out to her place,  just ask to meet “John Deere,” their favorite! He is worth a lot!
We sang "Happy Birthday" to Carolyn Schmitt, Kim Bunyard, Joan Goldhardt, Dorthy Halfacre, Bobby Kimbro and Brenda Swieciki! Did you know that Ruth Reeter is 102 this year! We also missed Katy and Randy Schukar. We welcomed back Jeanie and Wolf Schlicht.
The Rev. Tom Farris gave a really good mini-sermon about lessons found in the book of Samuel. The Israelites wanted a King and rejected God. They wanted an earthly King! God warned  Samuel to heed their voice, and then told Samuel  to warn the Israelites to “Be careful of idols.”
His meaning was "Don’t let what you want get out of control.   In a simplistic fashion, the message was made more clear by an example:  If you just had $20 and needed to pay the water bill, but ordered a pizza, it would create a problem for you! God wants us hungry for Him! Samuel’s sons were problematic like this: they liked to play and eat, but didn’t like to do their work and LEAD the people. So God let them have a king to love instead of him. This king ruled over Israel the way all kings do:
He would take your sons or make them run away from you.
He would make you a captain of hundreds of men and  pay you very little if at all.
He would make you plow the king's ground.
He would use your equipment for his ground.
He would only give your daughter’s low-level employment.
He would take the best of your fields for his use.
He would take one-tenth of everything for his service.
He would make all the young people (male and female) work as slaves.
He would make you cry, and God would not listen or care anymore.
He would not let you come to God or church or see your family or friends.
We then all fervently prayed that this never happens to us!
Our entertainment  was a sweet young Ashton Ferguson and her mother Carol. (Her father is Joey, and they all live in Vandalia.) Ashton was brave enough to sing acapella on stage by herself and she also  played the piano. She opened with “Happy All The Time” and  “You Are My Sunshine” acapella, then played and sang “My Country  Tis Of Thee” and “You're A Grand Old Flag.”
She was very enthusiastic when she sang “Take Me Out To The Ballgame” and “If You’re Happy And You Know It.”
The most AMAZING part of her performance was what she did next! You should see this young girl tumble – WOW! She has a graceful, strong and athletic body, which wouldn’t stop! She did back bends, cartwheels, back and front flips, walking on all four backwards, she even made a “Broken Arrow” and touched her toes to her head (from the back)! She ended her performance with a repeat of two of her songs, which we got to sing with her. A fine performance!
Our pinochle table was happy to have Rosamund Hobler back.  She teamed up with Mary Woolsey, but they tied with Shirley Locke and Susan Meador. I was just happy that Wolf was back to referee.
Please come next week. We always have fun, because God wants it that way!
“We make a living by what we get, we make a life by what we give.” (Winston Churchill). 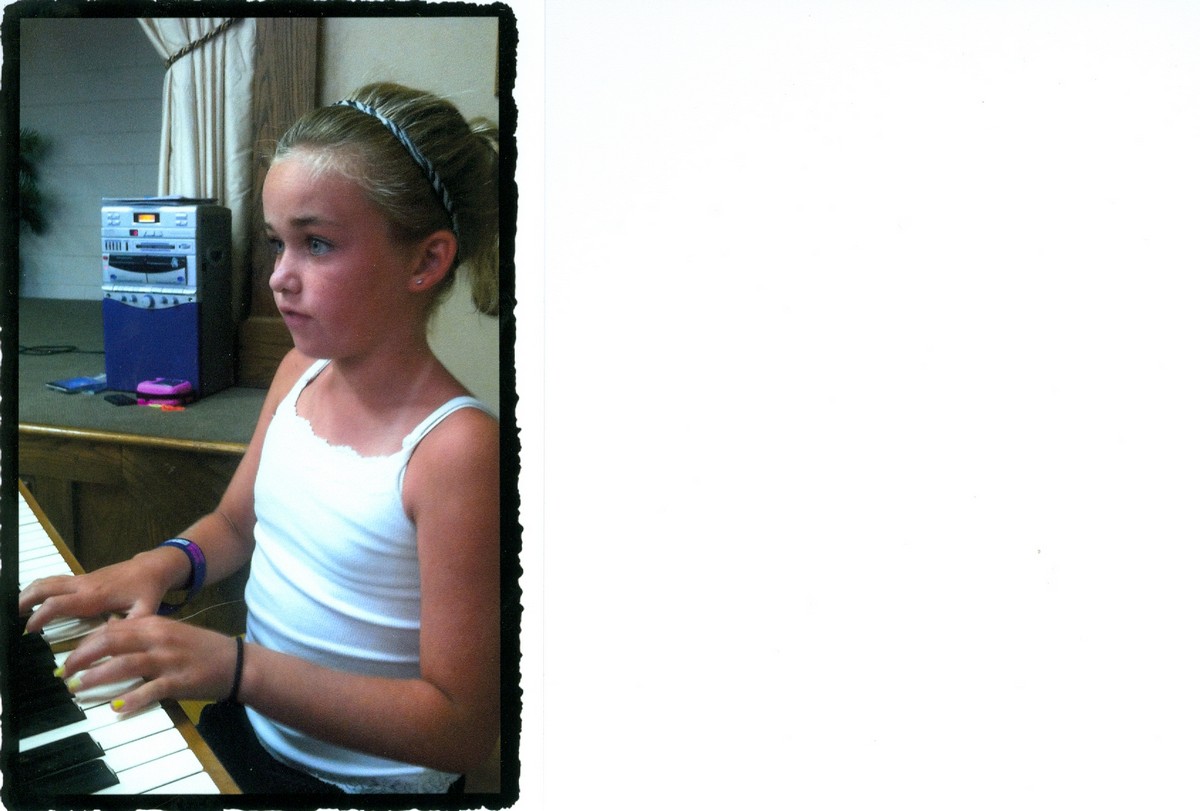