In a move designed to position the company for the future, South Central FS recently completed construction of a $5-million plant near Vandalia’s western I-70 interchange.

“By investing in this plant, we’ve made a strong commitment to Fayette County,” said Byron Sikma, chief executive officer of the nine-county company. “Our company has been around more than 80 years, and this is a huge step in guaranteeing our existence long-term.”
The 20-acre site includes two main structures.
The larger building, which measures 180 feet by 220 feet, stores and mixes dry fertilizer – primarily nitrogen, phosphate and potash. It is capable of holding 16,000 tons of product in open-topped concrete “rooms” that are filled by an overhead conveyor system. The building also features a state-of-the-art mixing system that can blend 200 tons of fertilizer and nutrients per hour – four times the speed of the previous mixing system.
The other building houses the company’s liquid crop protection products. Again, Sikma described it as a state-of-the-art, computerized system that blends the products according to the customer’s order. That second building also serves a variety of other purposes – housing an office, a shop where FS equipment can be repaired and a storage facility for a variety of feeds, seeds and petroleum products and mini bulk tanks of chemicals.
Just being finalized at the far eastern end of the new location is an anhydrous storage and loading facility. It will include two large storage tanks and a loading area. Sikma said the loading capacity will be twice that of the previous location on Ill. Route 185. An average tank will be filled in about 10 minutes, he said.
Speed is a common theme in all three areas of the new facility.
“Timing is so critical in agriculture today,” Sikma said. “The seasons have compressed and the equipment has gotten so large that farmers can do so much in a short time. That means that our window for applying fertilizer or crop protection products is much smaller than it was even 20 years ago. Most everything we do happens in about 10 days or less.”
The location of the new FS facility was selected because it provided excellent road access and it was strategically located in an area that complemented the company’s three other major hubs – Sullivan, Casey and Flora.
“We wanted to design a facility that would allow us to service an area within a 45-minute drive from that location,” Sikma said. “This gives us four very efficient and fast facilities that will serve our current and future customers’ needs for many years to come.”
In addition to speed, the local facility was designed to be environmentally friendly. All areas containing liquid products include containment walls to protect against runoff concerns.
Already, in the few months it’s been operating, the new facility has attracted considerable attention from people in the industry. Sikma noted that the Flora facility was recognized in 2013 with a national award for protecting the environment.
“For 2014, we expect that the Vandalia plant will earn that award. This facility is as good as what you’ll run into anywhere in the U.S.,” Sikma said. 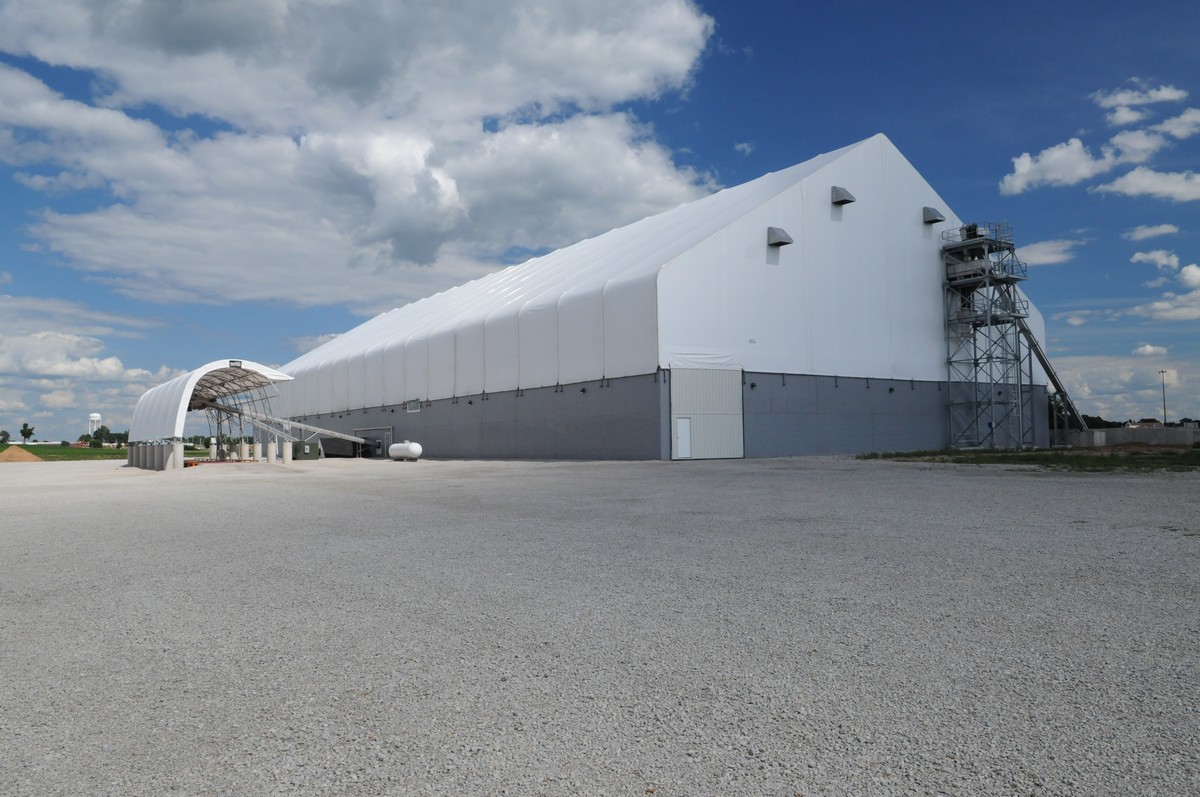 The most visible structure on the new South Central FS property is the dry fertilizer building. It houses as much as 16,000 tons of fertilizer and also contains a mixing system that allows fertilizer orders to be prepared four times faster than the previous system. 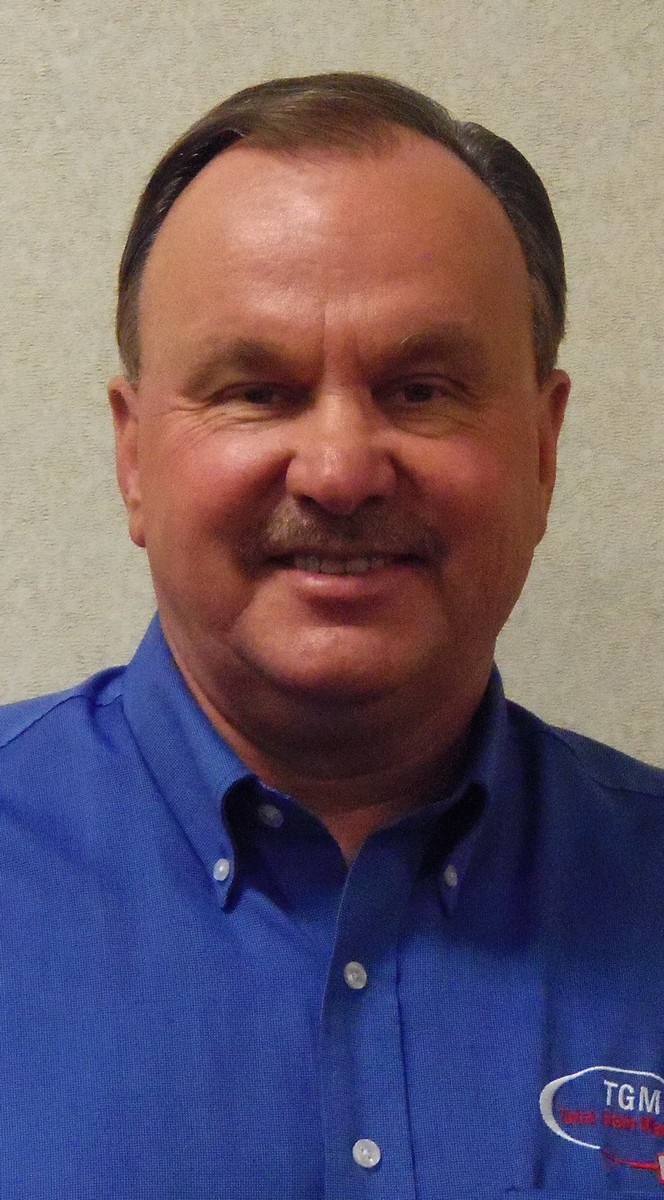 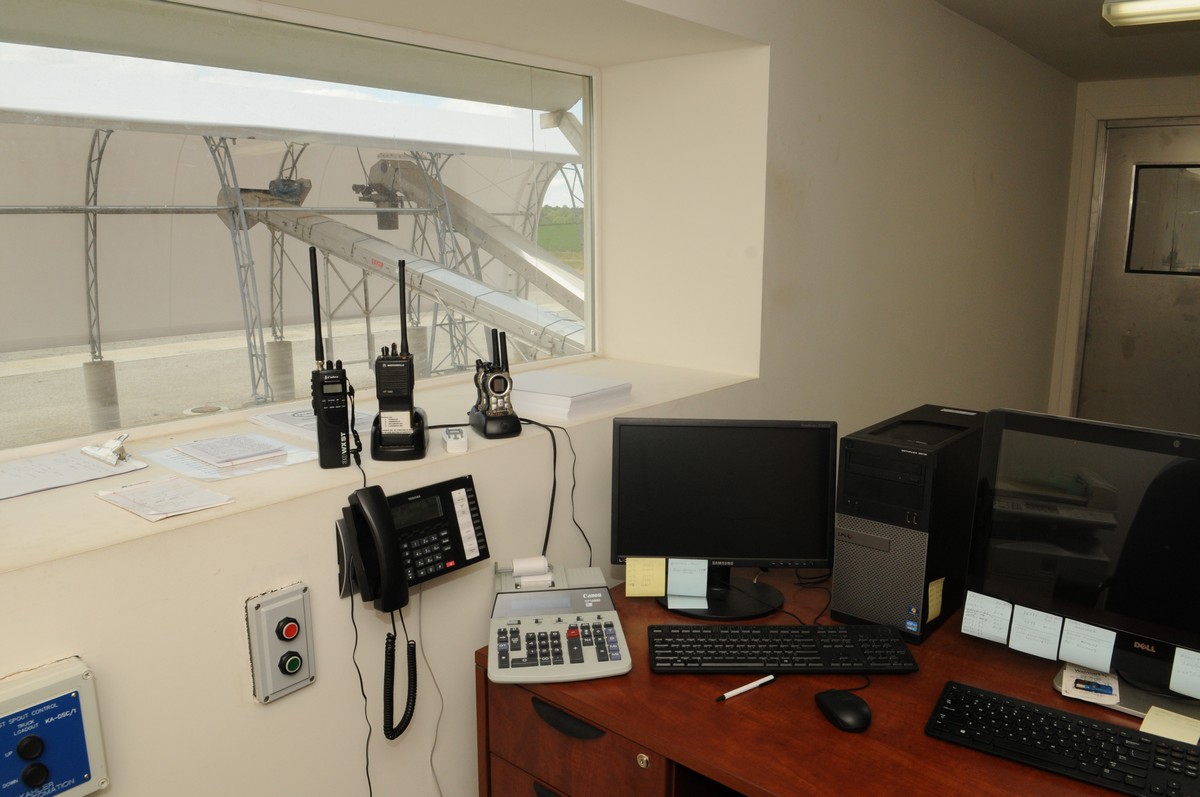 The control office in the dry fertilizer building gives operators a direct view of the loading process. 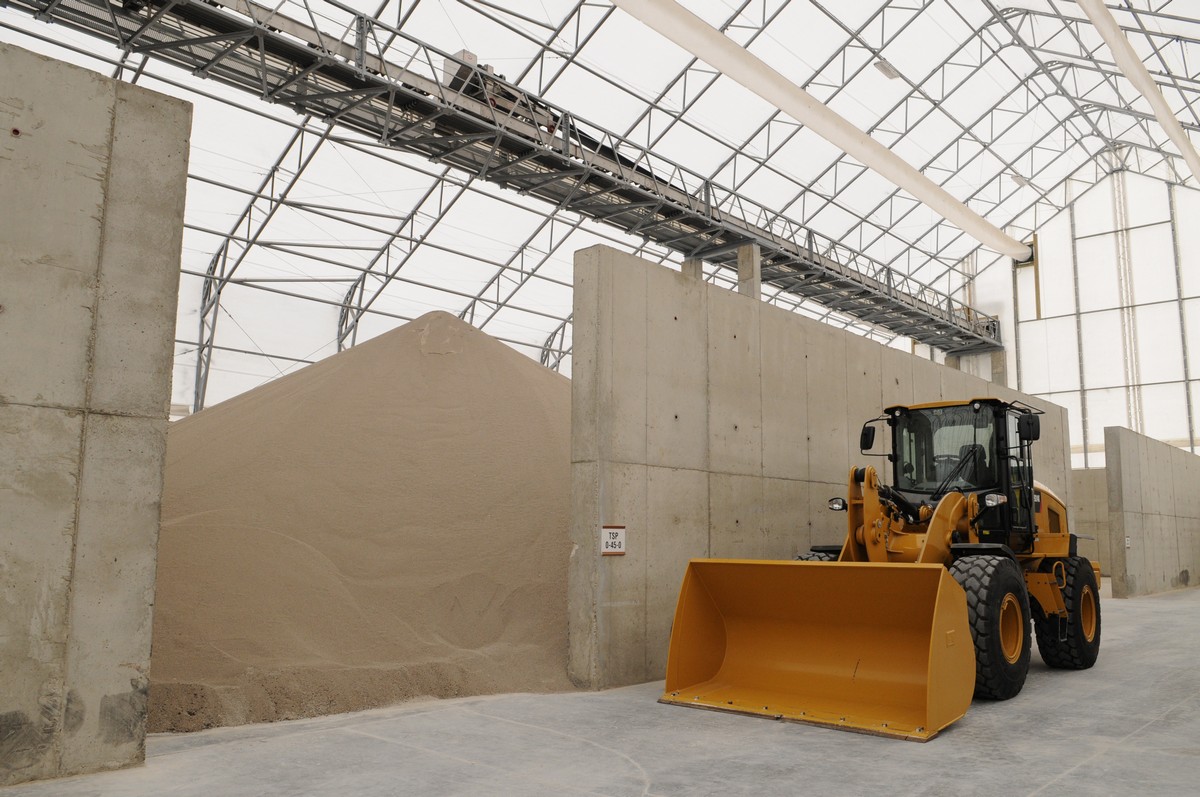 Dry fertilizer is moved into the storage building by an overhead conveyor system and stored in concrete ‘rooms.’ 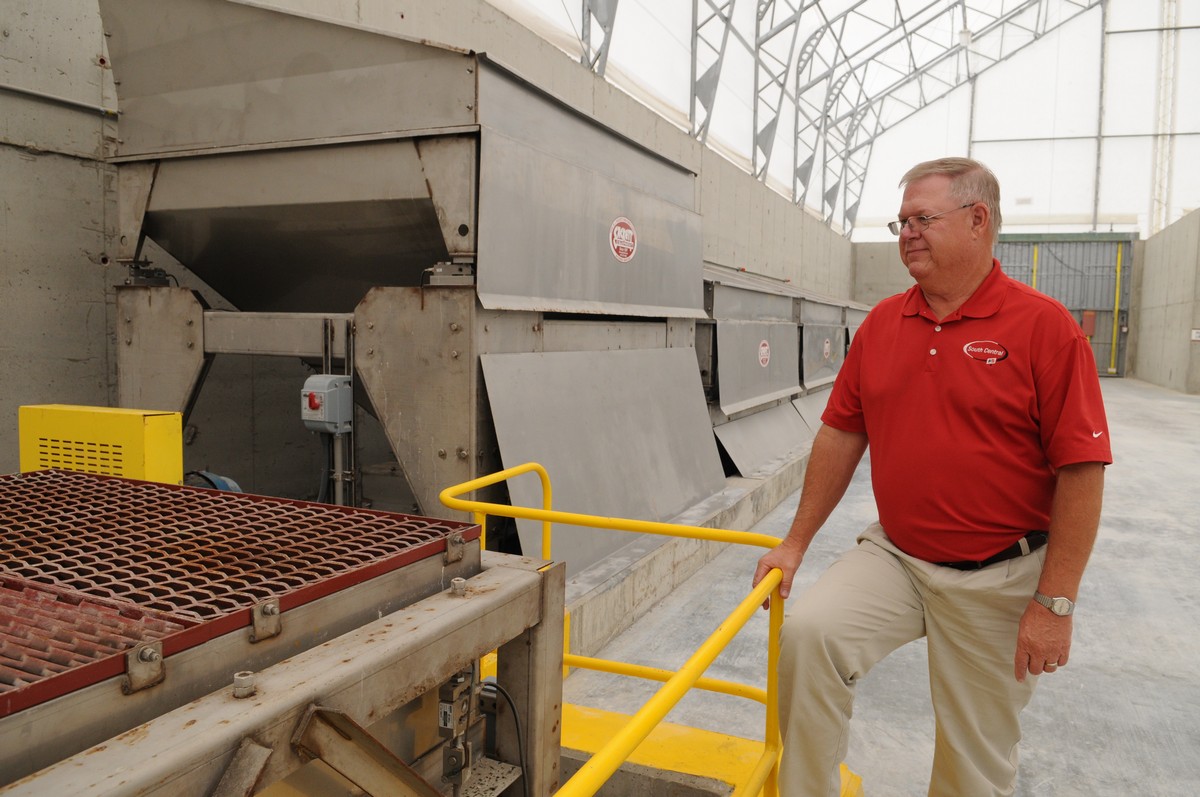 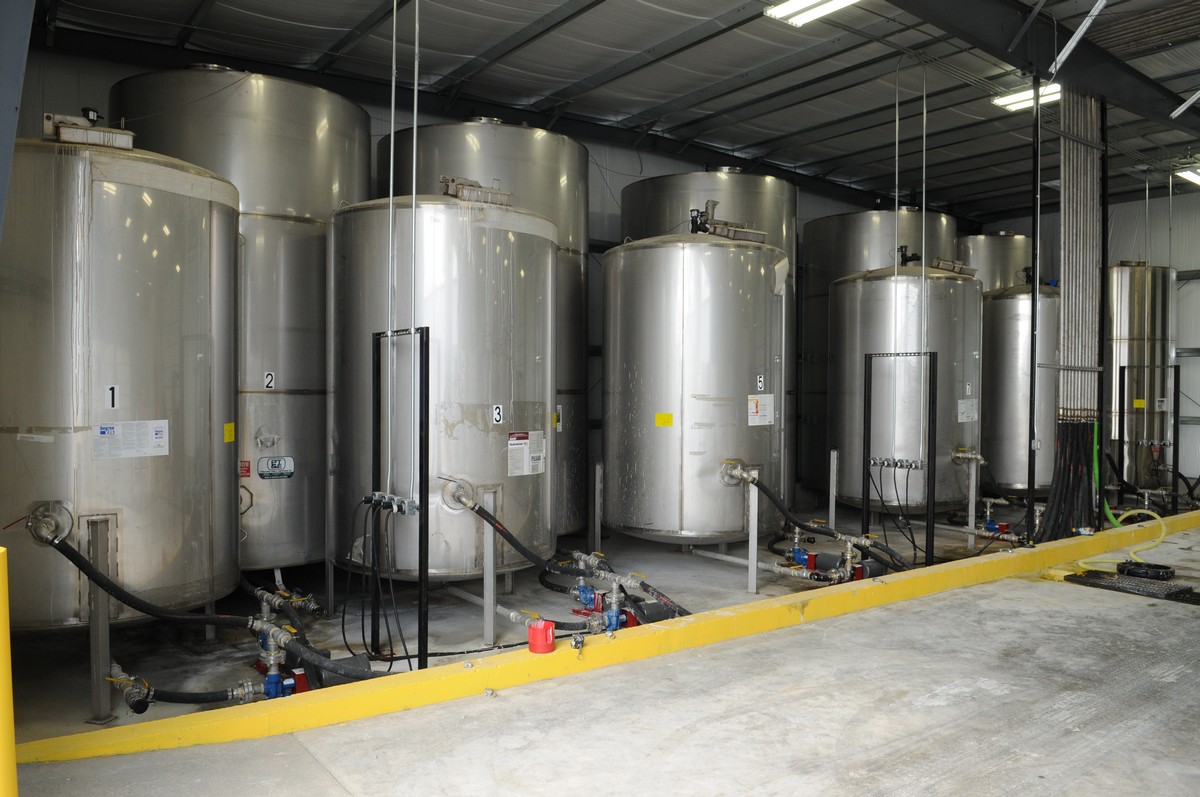 Liquid crop protection products are stored in several bulk tanks at the facility. That area of the building includes concrete berms to contain any leaks that might occur. 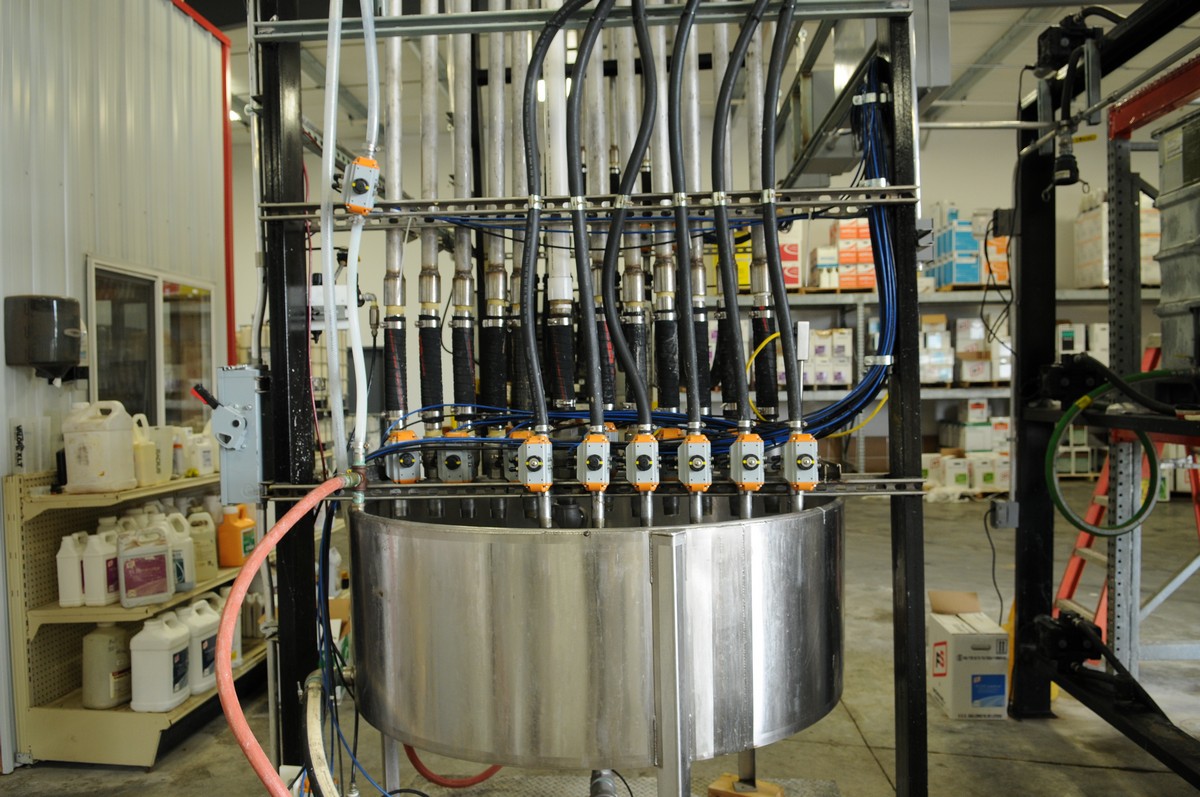 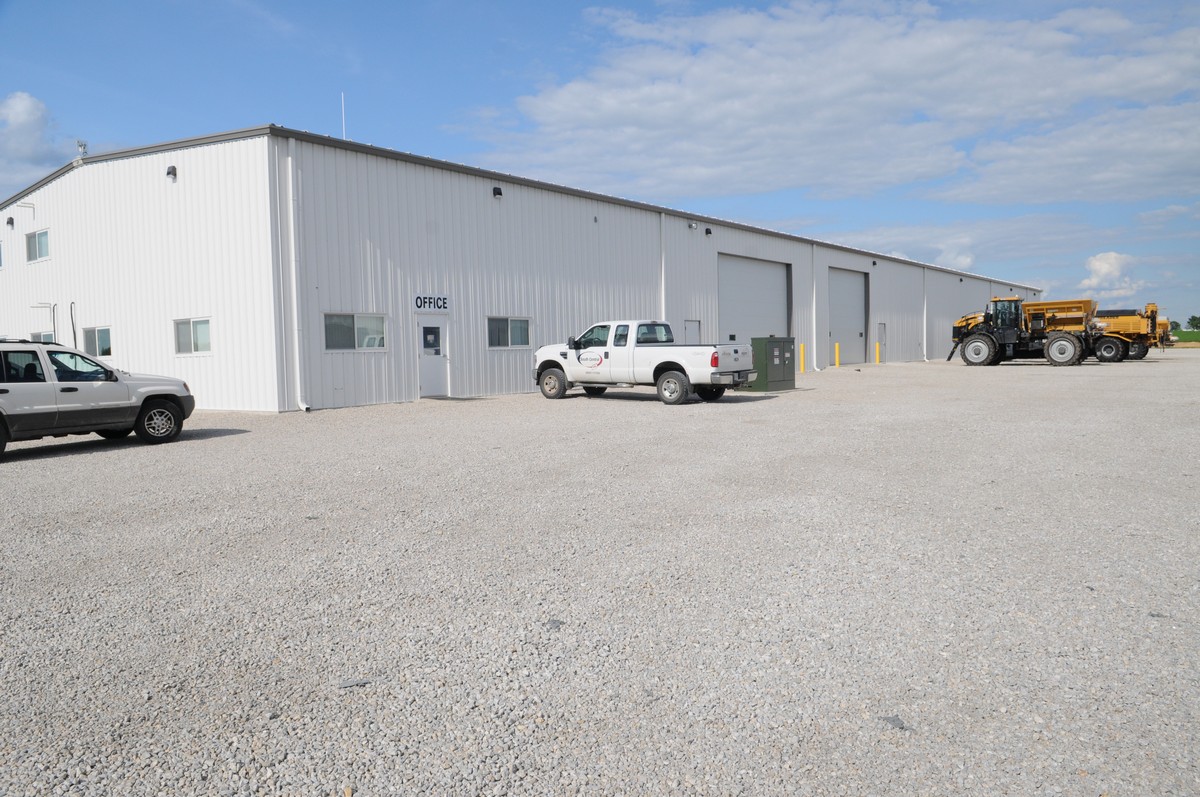