Three people were injured in a four-vehicle accident last Friday afternoon that caused the closure of a section of Interstate 70 near Vandalia for more than an hour.

According to the Illinois State Police, James Williams, 25, of White Sulfur Springs, W. Va., was driving a 2009 Peterbilt tractor and trailer in the westbound lanes when he failed to notice that traffic ahead of him had slowed near a construction zone.
The state police said that at the 65-mile marker of I-70, Williams struck the rear of a 2014 Volvo SUV driven by William Dixon, 47, of Fairport, N.Y., then hit the rear driver’s side of a 1999 Chevrolet Blazer driven by Dana Mendenhall, 53, of Robinson, and then struck the rear of a 2005 International tractor and trailer driven by Richard Nickels, 38, of Quincy.
The accident pushed the Dixon vehicle off the roadway to the right and down an embankment.
Williams was airlifted from the scene to Barnes-Jewish Hospital in St. Louis, and Mendenhall was airlifted to Memorial Medical Center in Springfield.
Nickels was taken to Fayette County Hospital in Vandalia by ambulance for treatment.
Williams was issued citations  by the Illinois State Police for failure to reduce speed to avoid an accident and following too closely. 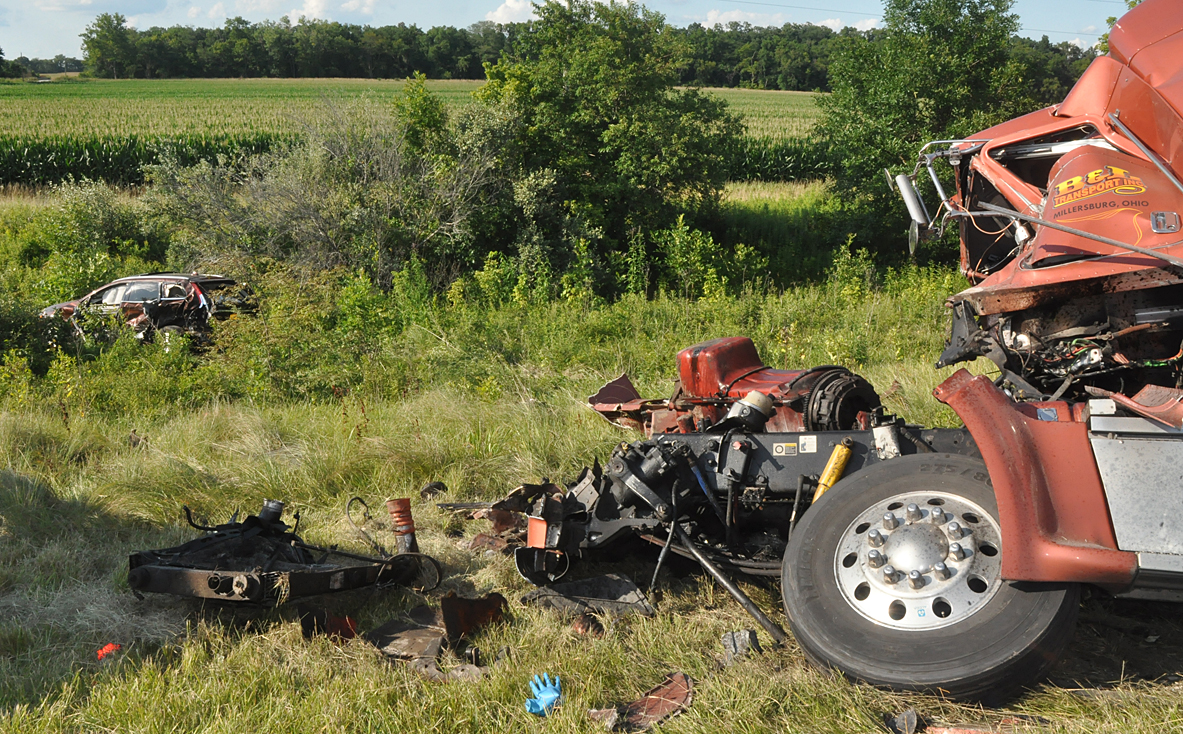 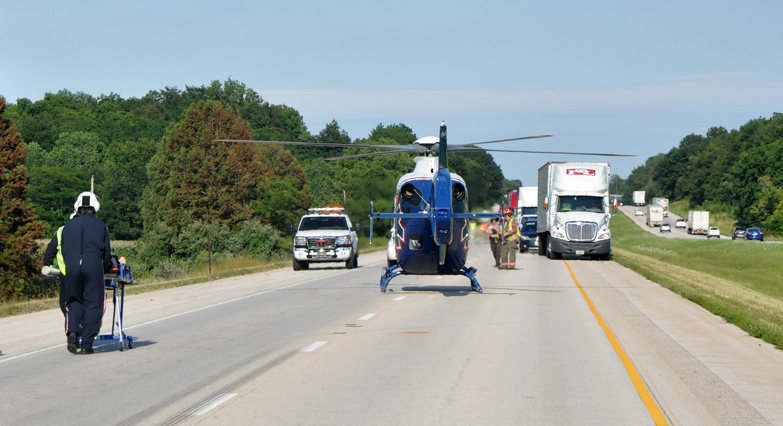