Beasley ripped a towering home run to right last Wednesday to pull Vandalia back within a run of the lead after five innings, setting up a momentum shift that included an eight-run sixth as Post 95 picked up a must-win 13-6 victory against Robinson in the Sr. Legion District Tournament.

Also pitching in relief, Beasley allowed a pair of runs in the fifth to give Robinson a 6-2 lead, but by following an RBI double by Noah Powless with a two-run homer in the bottom of the frame, Vandalia found a renewed energy.

That is what willed him to allow just four base runners over the final four innings.

“These guys are a lot of fun to play with, and I’d feel awful if I gave them the loss,” he said. “I wanted to keep playing with these guys, so I’m going to do whatever it takes.”

Vandalia (29-8) collected eight hits in the sixth and moved runners in every at-bat.

Brock Trexler capped the rally with a three-run double, but was tagged out while trying to stretch the hit into his first triple of the summer. He had four RBI in the inning, doubling his previous season-high.

“In the first game, we hit well,” said coach Rod Mueller. “It wasn’t our best game, but it worked and the game came to us.”

For the 15th time, Post 95 had at least 10 hits in a game, recording 15, including multiple hits for four players – Trexler, Beasley, Bray and Austin Schwarm.

Tyler Woods hit a ground-rule double to put Robinson on the board in the top of third inning, but a towering pop-up by Bray in the bottom of the frame fell between two fielders and allowed Schwarm and Wadkins to score.

For Schwarm, it was the 20th straight game in which he has scored.

Robinson added back-to-back RBI hits in the fourth and scored on a wild pitch and an RBI single in the fifth. 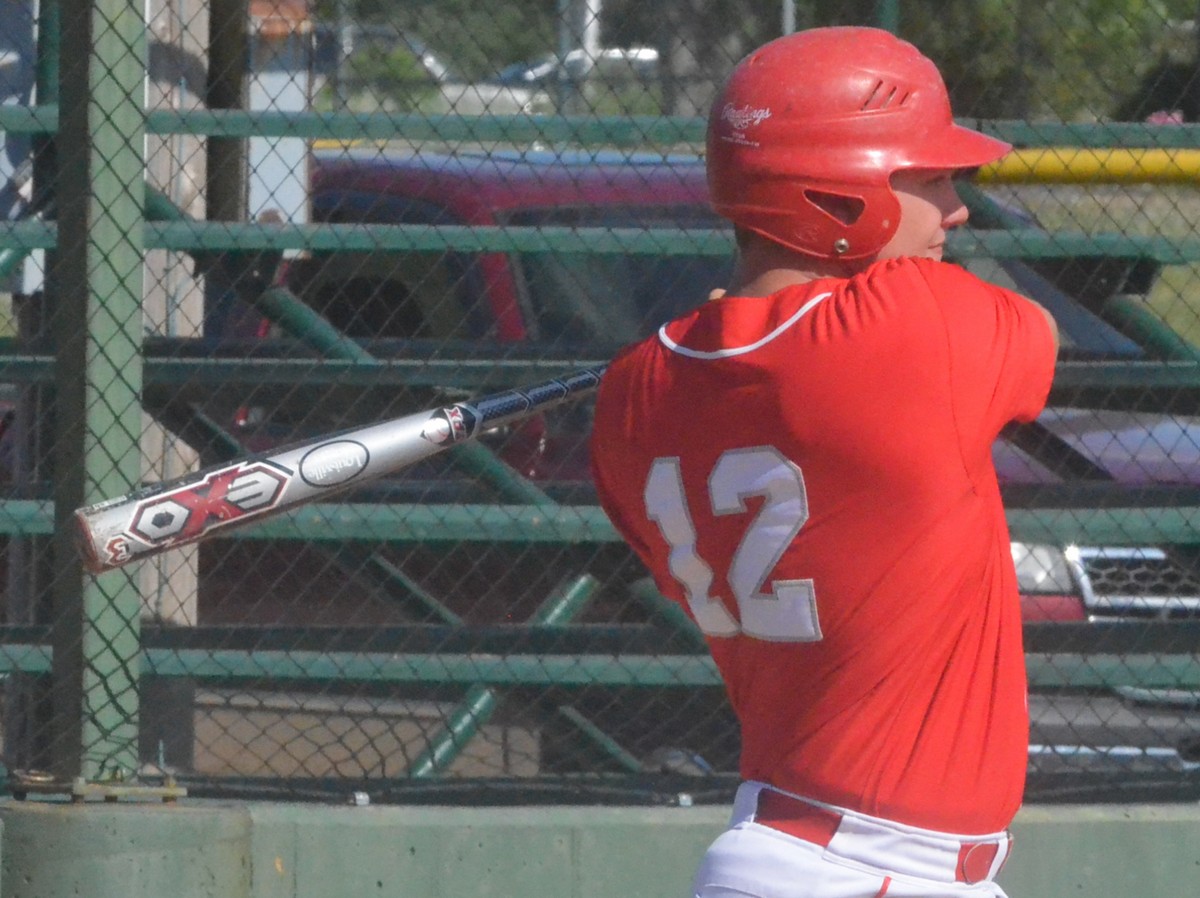 Dalton Crisman collects a hit last Wednesday during the District Tournament in Robinson.