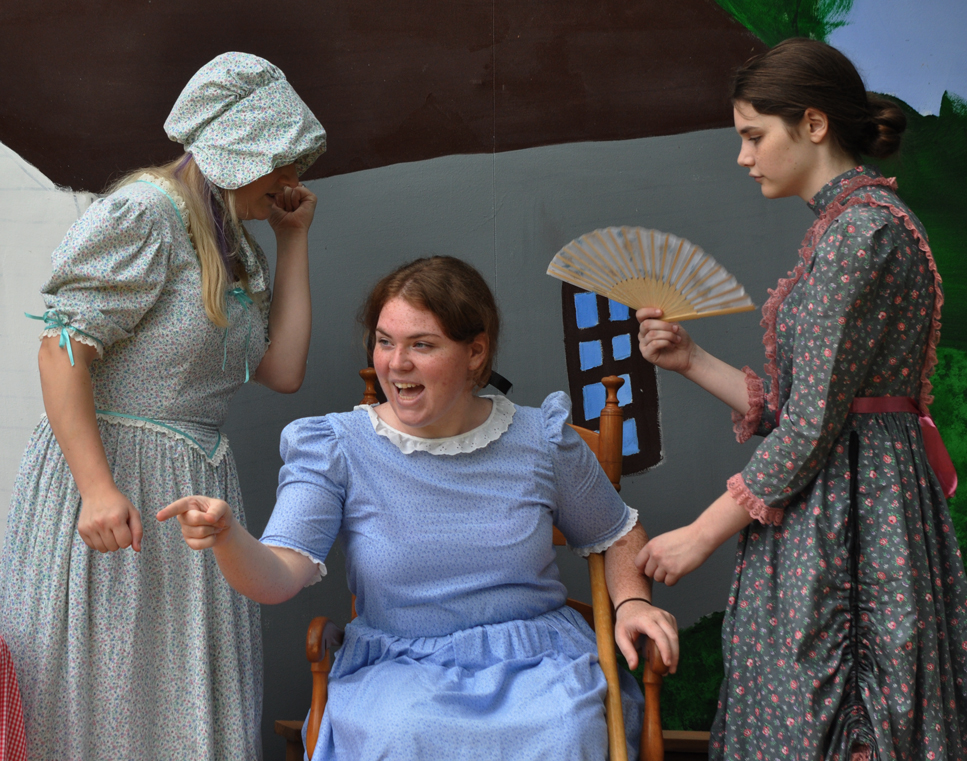 Nicole Wells, left, and Nicole Manley, right, try to calm an excited Arika Craig during ‘The Jail’ skit at the Lincoln Heritage Festival in Rogier Park. 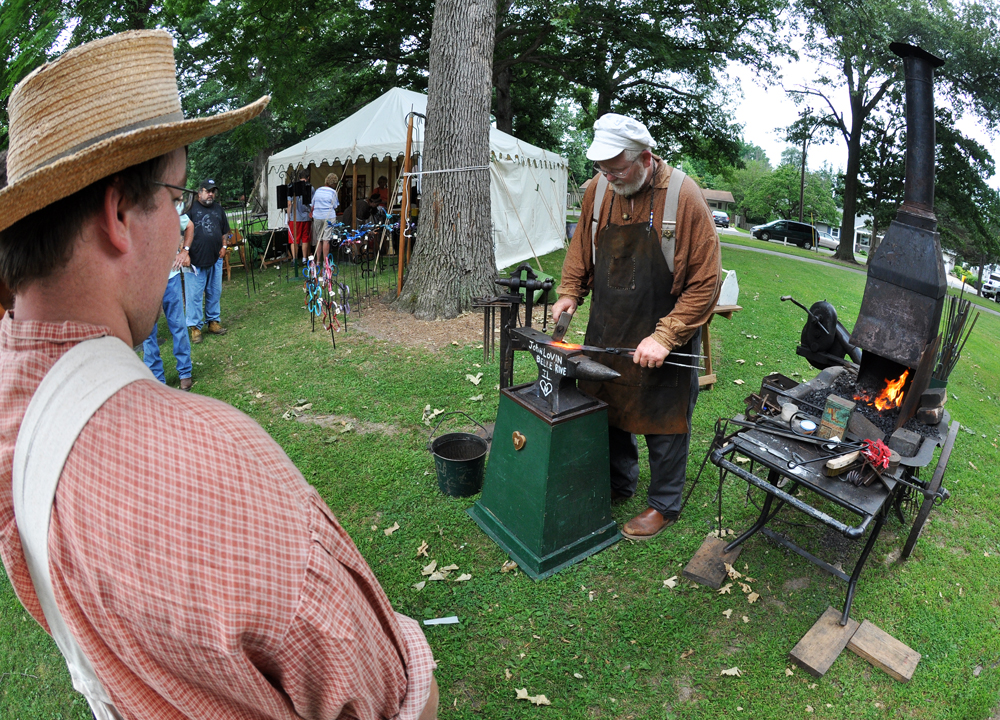 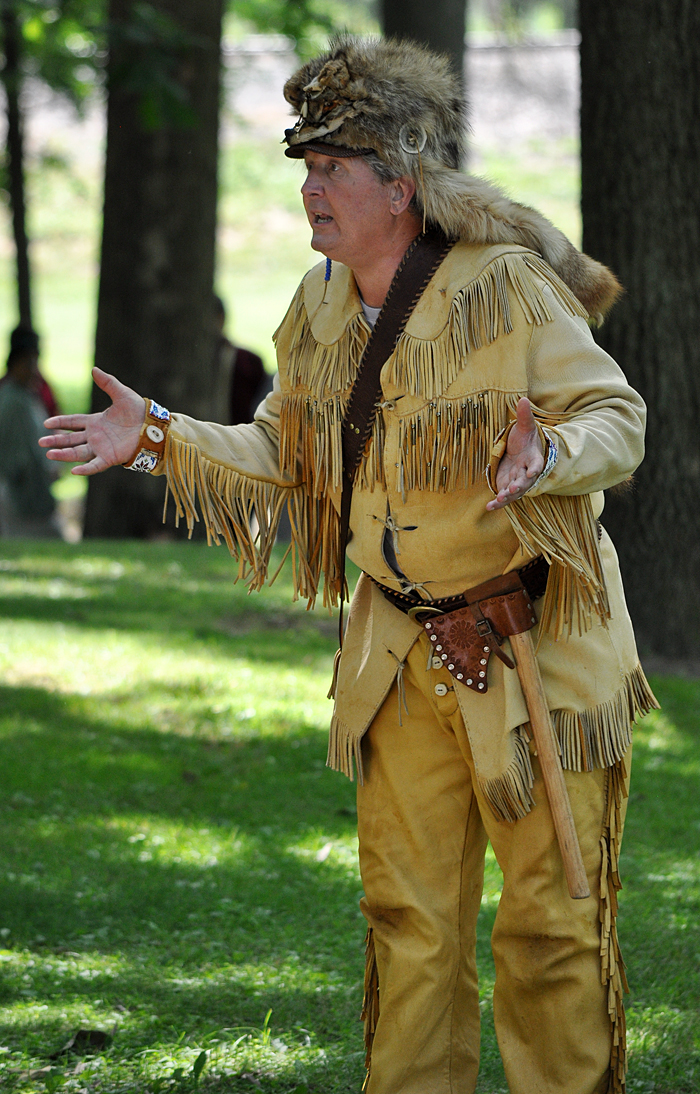 Brad Brannon portrays an ‘Indian hater’ during the ‘White Man and Indian of Fayette County’ skit. 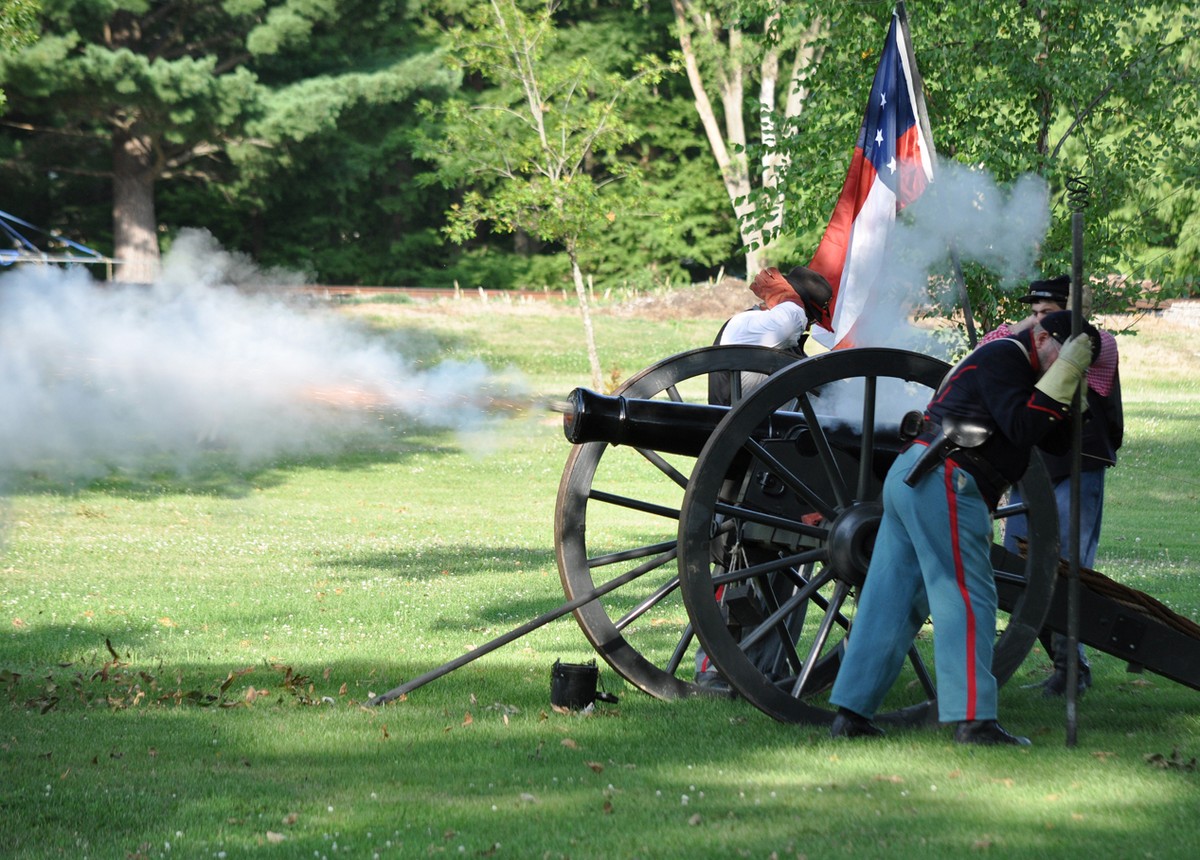 Confederate soldiers fire a cannon blast at Union troops in one of two Civil War skirmishes held during the festival in Vandalia’s parks this past weekend. 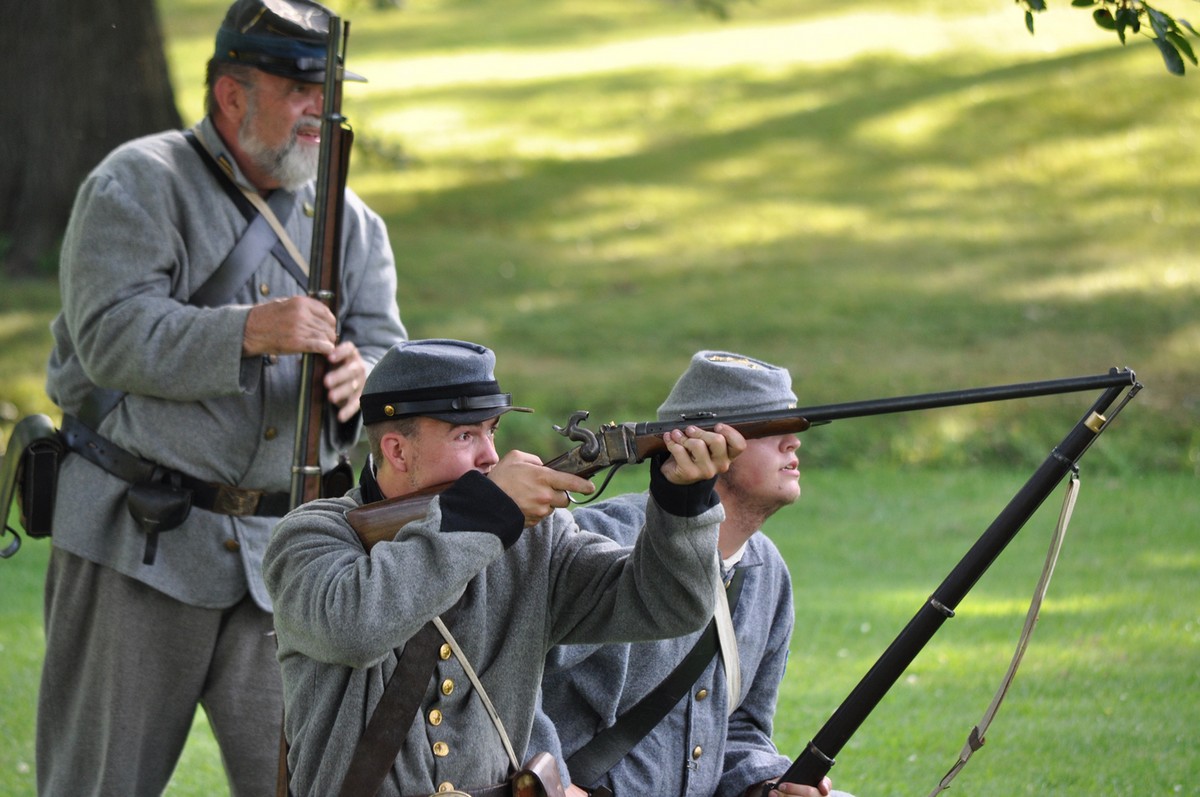 Confederate soldiers fire at Union soldiers during the Civil War skirmish in Sonnemann Park on Saturday afternoon during the Lincoln Heritage Festival. 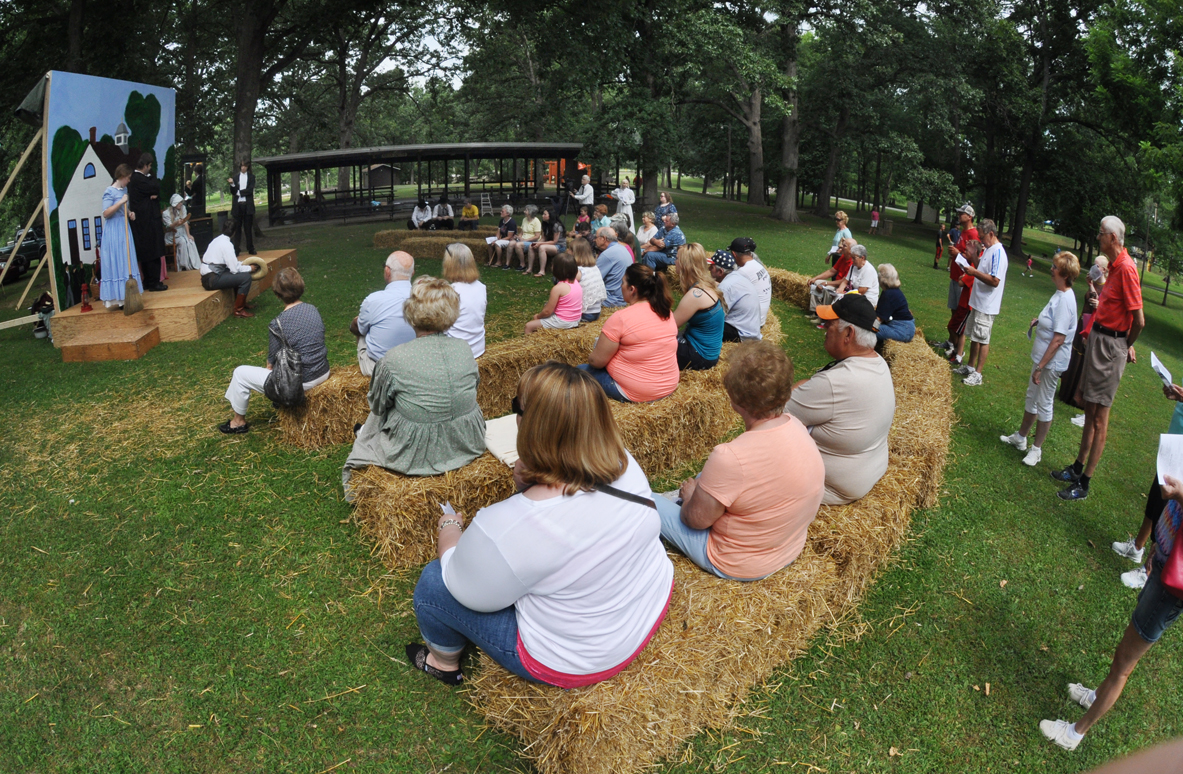 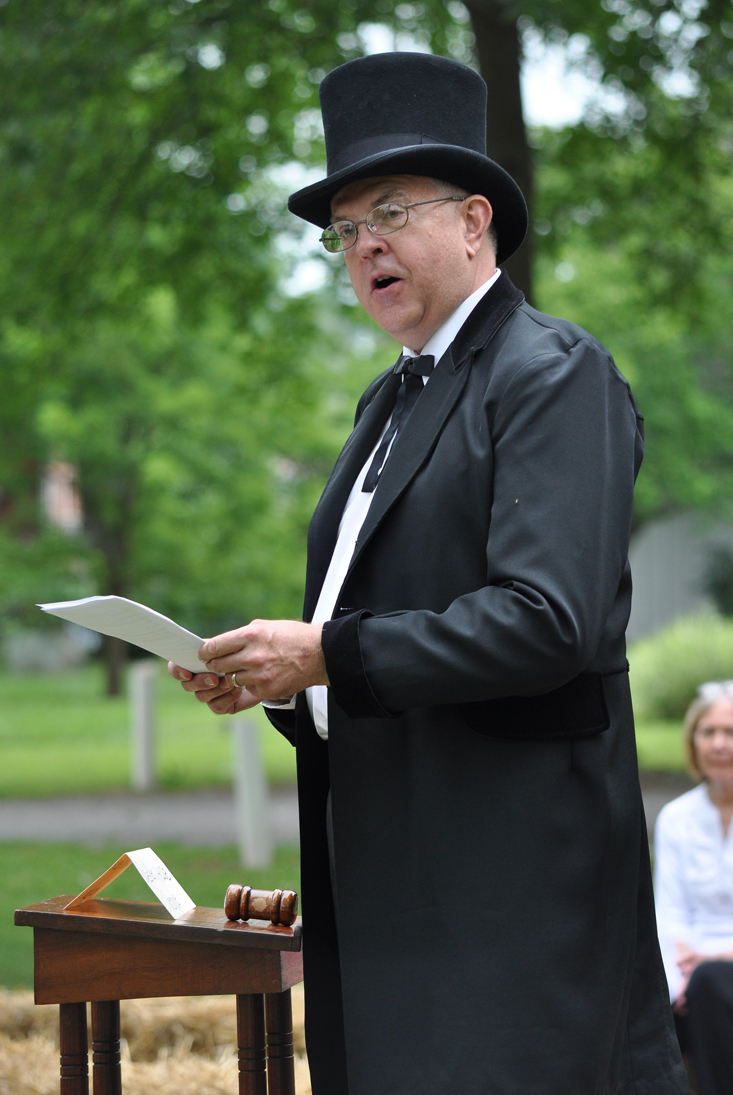 Dale Timmermann performed as the Speaker of the House 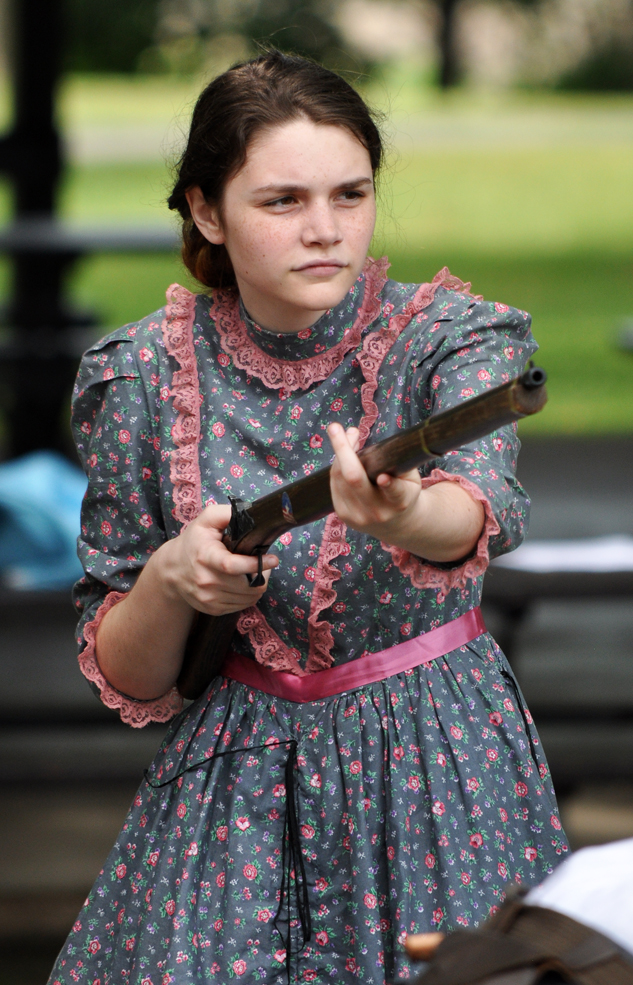 Nicole Manley is the ‘Lady to the Rescue’ in one of the historical skits at the Lincoln Heritage Festival in Rogier Park. 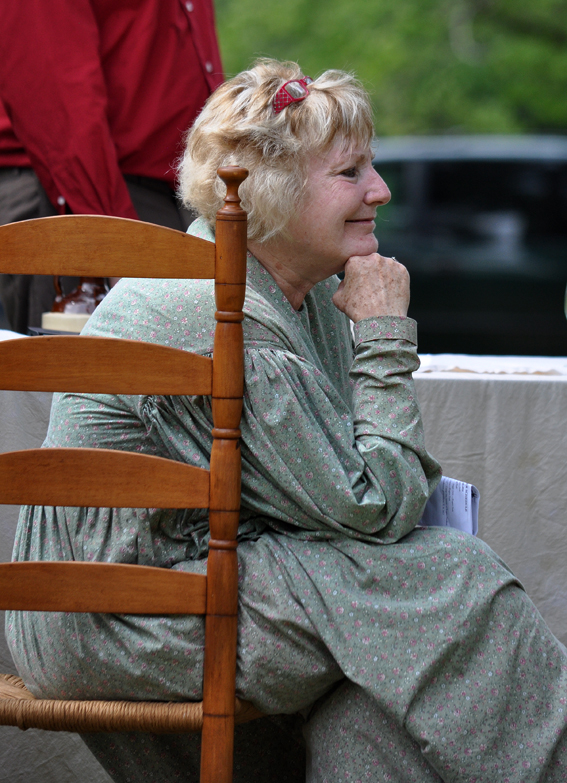 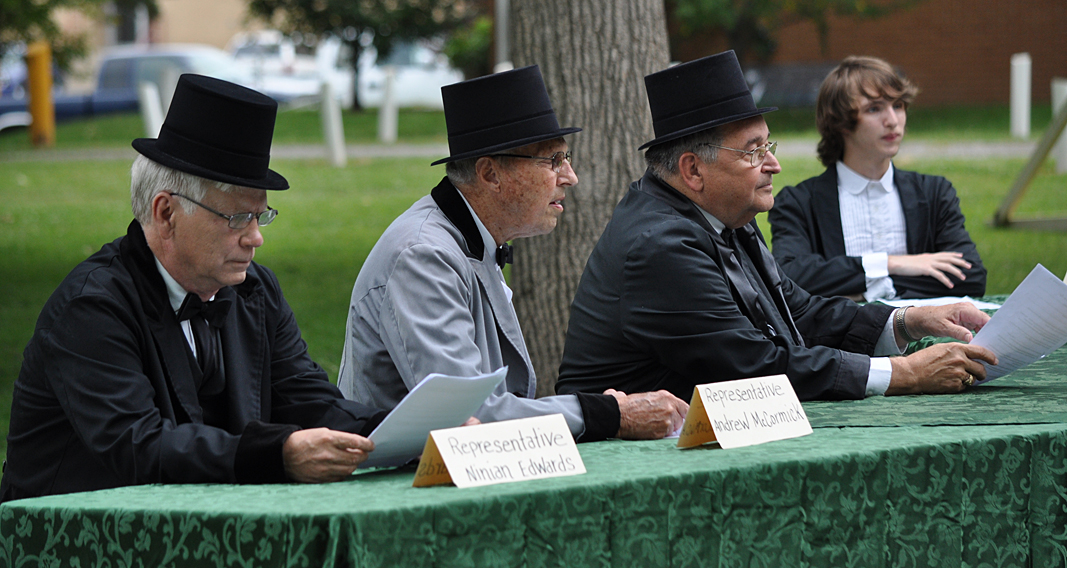 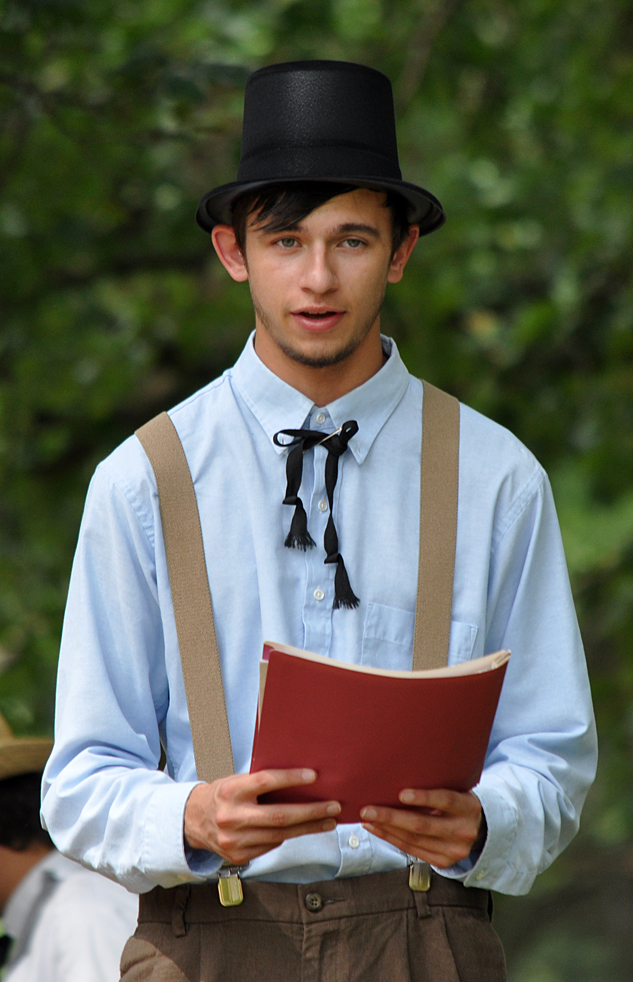 Sawyer Dickinson served as the narrator of the historical sketches. 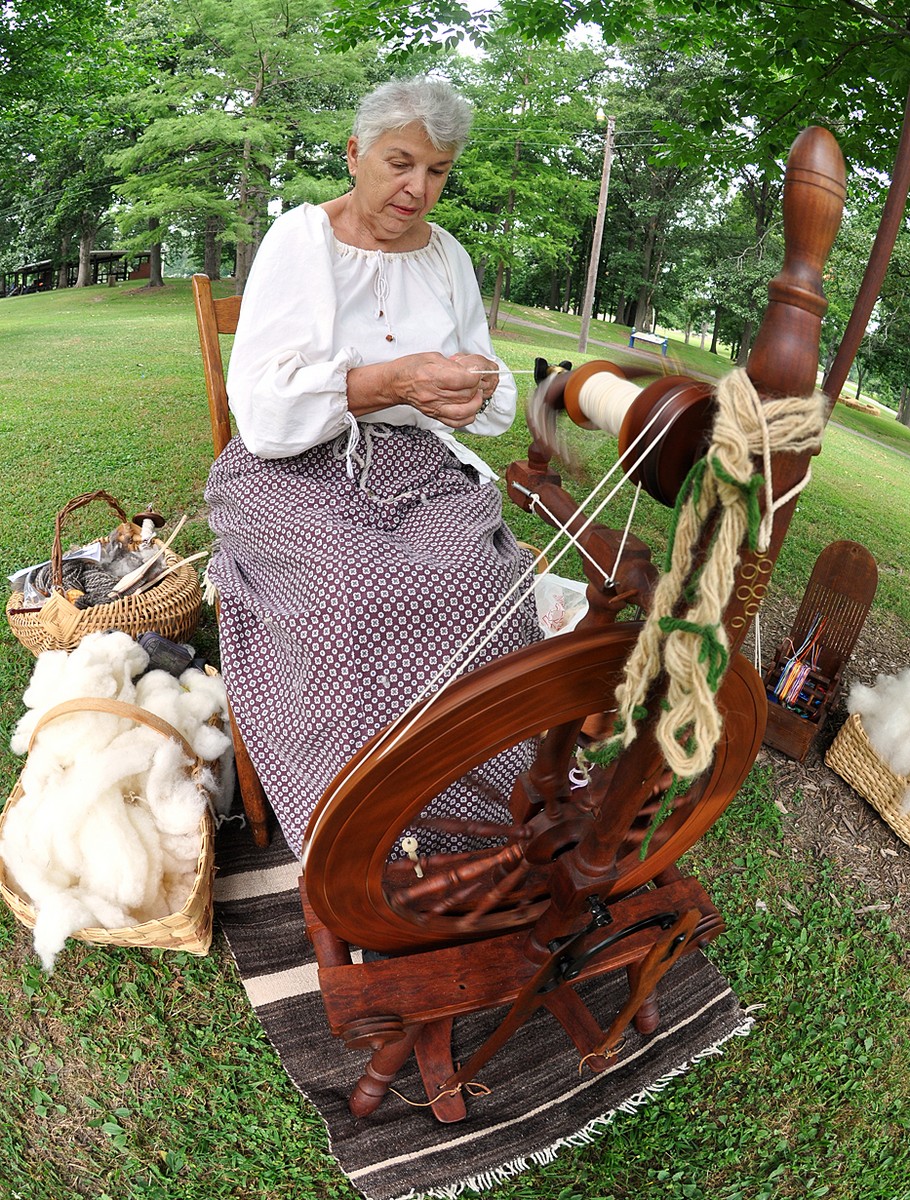