Several months ago I was contacted by the Tim Metzger family for information on the Metzger Hotel built by Tim’s great-grandfather, John Ulrich Metzger.

Tim’s daughter, Ashley, who operates her business, All About You Day Spa, in the lower level of the former hotel, had some information about the building, such as construction date (1904); however, many questions went unanswered.
This is where I come in. Using the date 1904 as a starting point, I checked the late December 1904 files of The Vandalia Union newspaper on microfilm to see if a recap of the important news for the year had been printed. I was rewarded with a news snippet that an open house for the new Metzger House had been held.
The Jan. 28, 1904, issue of The Vandalia Union announced the grand opening of the hotel.
“Travelers will no longer ‘fight shy’ of Vandalia, as has often been said, because there is not a modern hospice within its gates.”
People were invited to see the new hotel,  and the newspaper editor was given a special tour. The first proprietor of the hotel, John "Jack" Yarbrough, was known as a first-class caterer. “He had the building furnished throughout with new furniture, carpets, etc.  He proposes to keep a first-class table, and make his house attractive by making it homelike.”
The office was on the first floor and opened onto Gallatin Street, with a wash room and gentlemen’s closet adjacent. The dining room at the back of the office would seat 100.
There were 36 bedrooms, including two elegant suites (these fronted onto Gallatin Street) and an elegant parlor on the second floor. Each bedroom was connected to the office by an electrical bell, and the entire building was electric lighted. A stairway led from the back of the building upstairs.
Lewis K. Hoar was the contractor, designer and builder, with H. Spaulding as his foreman. The finishings in the building were of heart cypress and the grill and ornamental work was all handmade and handsome.  An additional space was built on to house a saloon and lunch room, operated by Lee Spangler.
The 1904 Historical Souvenir of Vandalia refers to John U. Metzger as a capitalist, and long before he built the Metzger House, he had many investments. Early on, he and his father, John, had operated a hotel – possibly in Shobonier. John U. then went to work in Vandalia, and by 1872 was manager of the stave factory.
In 1880, he moved to Shobonier, where he began to buy grain. The following year,  he built a mercantile there, and in 1895 built a store in Augsburg on the northeast corner of the crossroads. A bell donated to the Immanuel Augsburg congregation by John U. and Helena Metzger stands in front of the church today as a reminder of this couple.
John and his wife, Helena, nee Ehrat, built a grand home in Shobonier. According to a biographical sketch of Metzger in the 1910 Encyclopedia of History of Fayette County, he owned “three business properties in Vandalia, three residences and the Metzger Hotel.” Metzger also served on the board of directors of the Farmers and Merchants Bank,  being appointed to the board in 1890.
At the same time, John U. had the old Schumann Hotel demolished, along with a couple of buildings that flanked it, in order to erect his two-story brick hotel. He also owned a hotel in Shobonier.
Throughout the years of operation, there were many proprietors or managers. Tim Cheshier had the Metzger House until 1919, when “Abner Tinker took charge of this hotel in 1919, purchasing it from Tim Cheshier.” At the time the Tinkers operated the business, there were 24 rooms with steam heat and hot and cold running water, and many regular boarders.
In the early 1920s, John U. Metzger, along with a partner, invested in the Watkins & Stephenson building, now Something Special Florist, also operated as a hotel.  They added a 1,600-square-feet room addition to the south side of the building. How long his interest in the building lasted is unknown.
In 1931, Ira A. Brown was the proprietor, having taken over from the previous manager. Brown died of a stroke in December of that year,  but I do not know the name of his successor. In July 1937, Lydia Metzger, representing the estate, leased business space on the lower level, including the room formerly occupied by the Post Office, for a new Walgreen System Drug Store. The wooden awnings were taken down at this time and new plate glass windows installed.
John U. Metzger died on July 2, 1934, at the age of 89, with his wife, Helena preceding him in death. It is believed that shortly after his death, the doors to the hotel were closed. 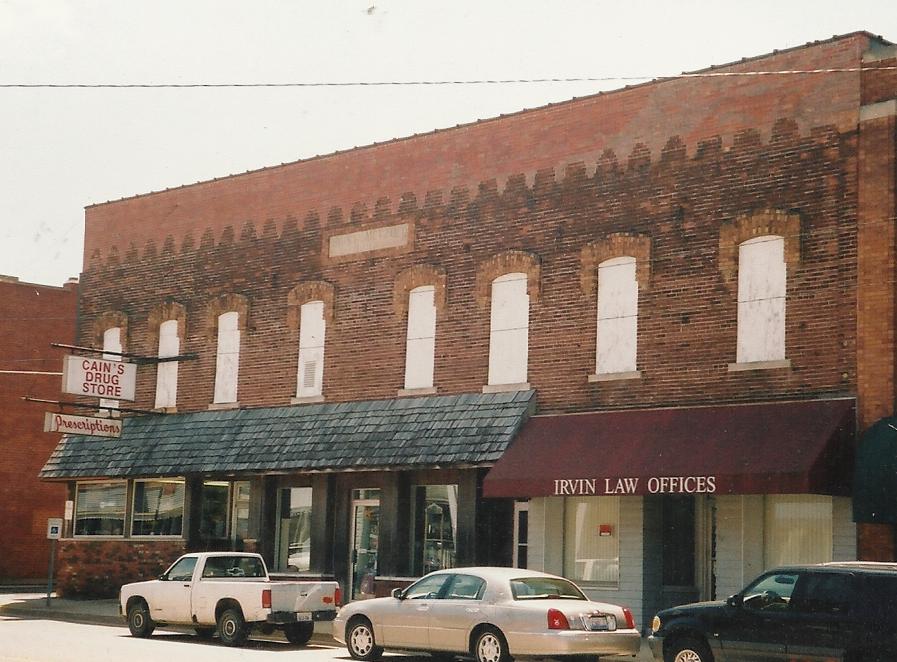 The building that formerly housed the Metzger Hotel still stands in the 500 block of Gallatin Street in downtown Vandalia. Much of it now houses All About You Day Spa.