VANDALIA – Two errors proved costly in the top of the seventh inning last Friday, as they helped Effingham score twice to take a 4-3 victory from Vandalia in District play.

After a leadoff single in the seventh, an out was recorded when a sacrifice bunt turned into a fielder’s choice, but a pair of errors by third baseman Aaron Huber followed, the second leading to the tying run.

A deep sacrifice fly in the next at-bat gave Effingham the winning run, and Post 120 followed with a 19-5 win in the second game to sweep the doubleheader.

Effingham’s Lane Koenig struck out the side in the bottom of the seventh to earn the save in game one.

Noah Murray was 3-for-4 for Post 95, Zach Schaal had two RBI and Austin Hoehn had an RBI single and scored a run.

After a double play ended the top of the first inning, Vandalia took a 2-0 lead in the bottom of the frame.

Murray drove the third pitch he saw to center for a single, and after taking second on a passed ball, he scored when Hoehn hit the second pitch of his at-bat to nearly the same spot.

Schaal had an RBI single to score Murray in the fifth, giving Vandalia 3-0 lead.

From the pitcher’s mound, Schaal was sharp through five innings, allowing three hits and striking out six.

In the sixth, he began to waver, allowing four hits and hitting a batter to spot Effingham a pair of runs.

Colby Utz induced a double play in the bottom of the sixth, and earned the win.

Next up for Vandalia is the District Tournament in Teutopolis. It is scheduled to begin Thursday, but a full schedule was not released by press time. Game times will be released online as they become available. 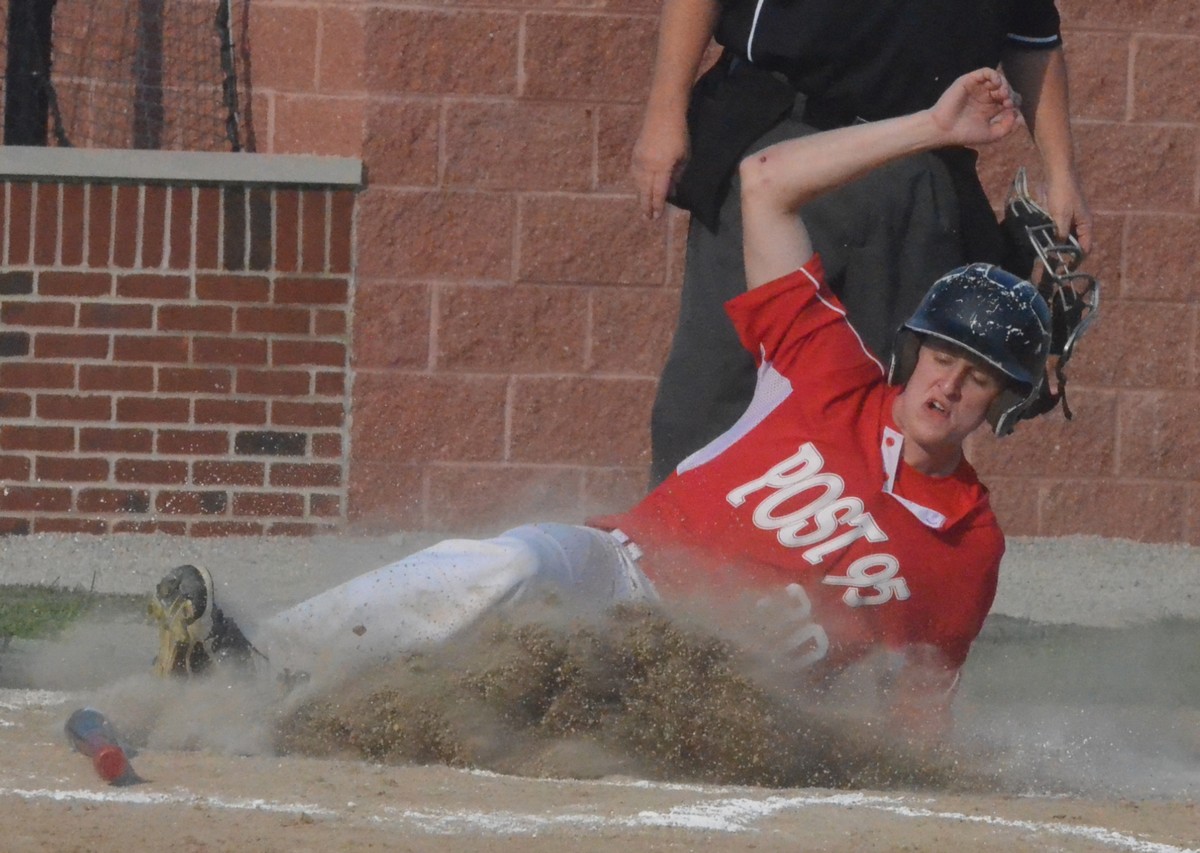 Noah Murray scores a run for Vandalia in last Friday’s 4-3 loss to Effingham. 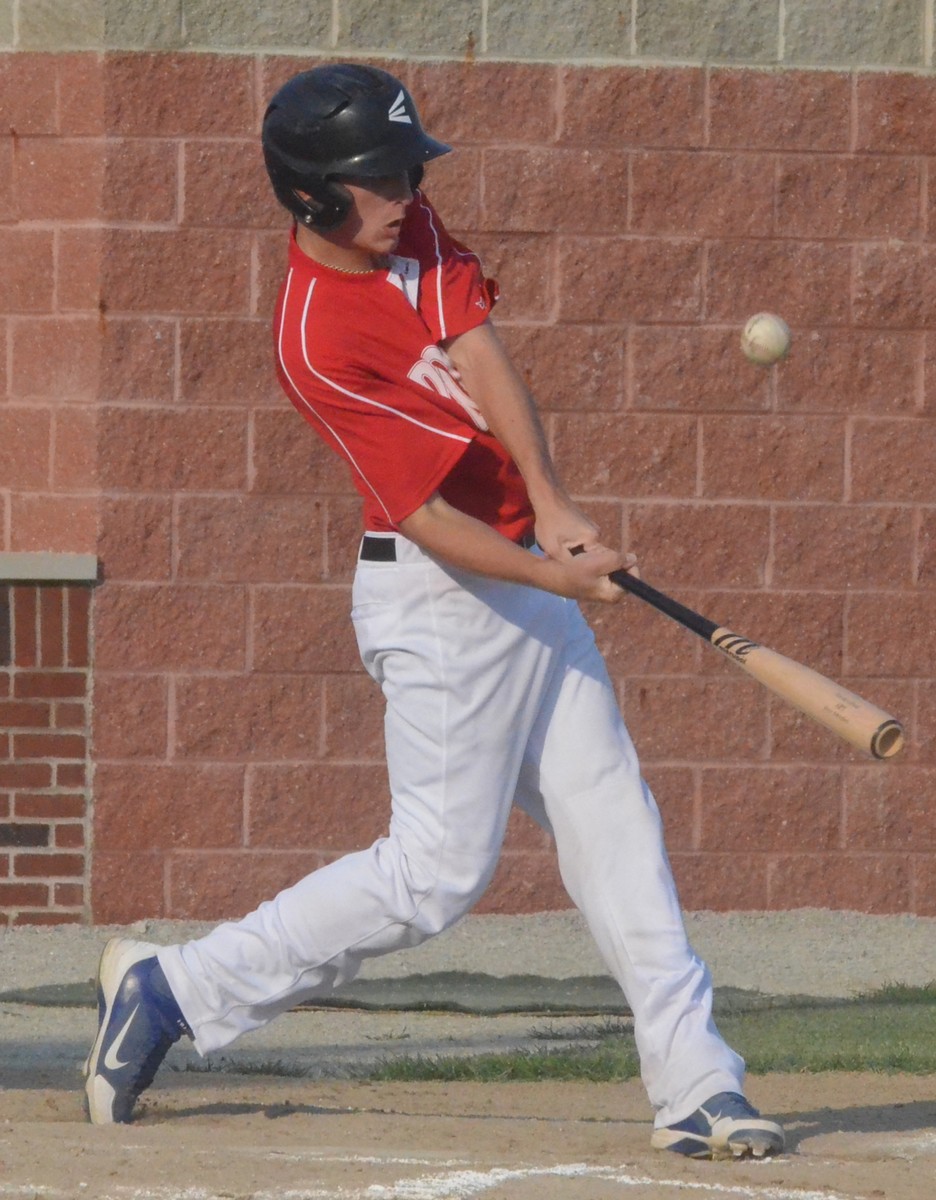