An Ohio man was airlifted to a Springfield hospital with serious injuries sustained in a Tuesday afternoon accident that halted traffic on a section of Interstate 70 near Vandalia.

According to the Illinois State Police, Michael Zickasoose, 49, of Huber Heights, Ohio, was westbound in a 2007 Kenworth tractor and trailer when he failed to see that a tractor-trailer ahead of him had slowed for a road construction zone about a mile east of Vandalia.
The state police said that Zickasoose hit the rear of a 2014 Kenworth tractor and trailer driven by Dennis M. Smalley, 62, of Traverse City, Mich., in the rear and then left the roadway to the right.
His tractor overturned with Zickasoose trapped inside.
He was extricated from his truck by volunteer firefighters from Vandalia and Brownstown and was airlifted from the scene to Springfield Memorial Hospital. Emergency medical personnel from Fayette County Hospital also responded to the scene.
Smalley was taken to Fayette County Hospital for the treatment of minor injuries. 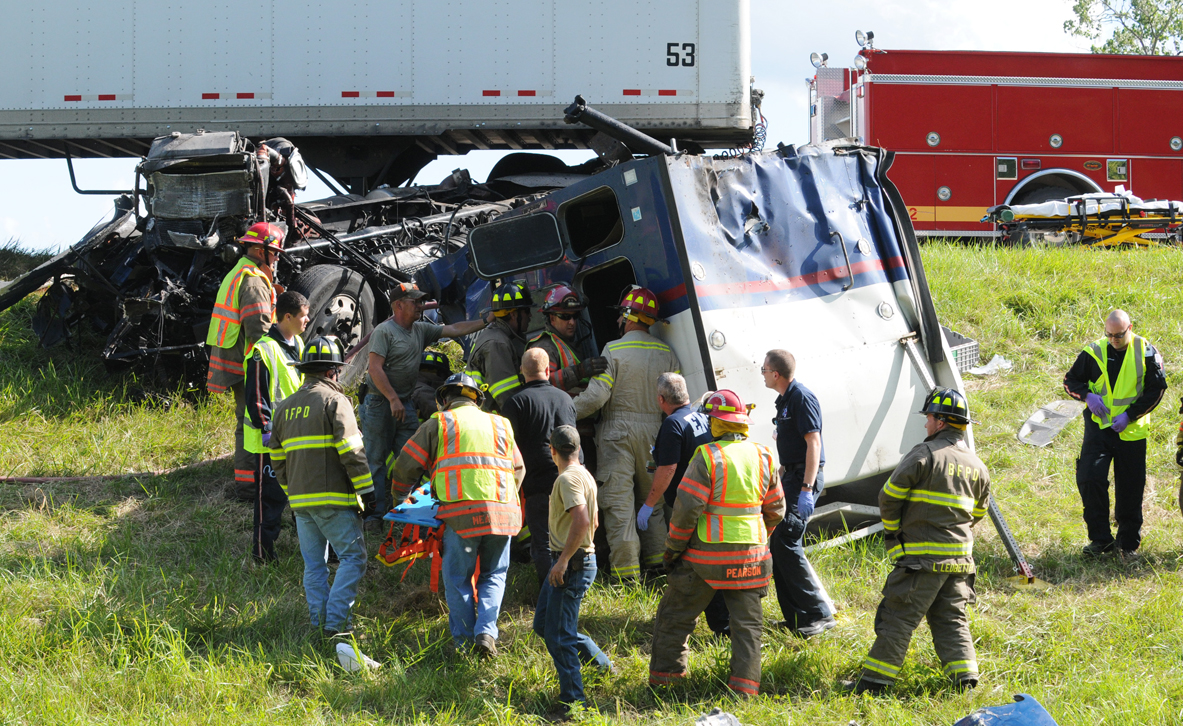 andalia and Brownstown firefighters begin the work of extricating Michael Zickasoose of Ohio from his tractor following an accident on Interstate 70, about one mile east of Vandalia, on Tuesday afternoon. Zickasoose was airlifted at the scene to Springfield Memorial Hospital.