Punch a few numbers into a spreadsheet after each game, and it will generate his .329 batting average or his .381 on-base percentage or countless other figures developed to help tell how much value a player brings to his team.

But what that spreadsheet doesn’t tell about is a player’s hustle or a player’s smooth swing or a player’s ability to scoop a low throw at first base – attributes that turn a seemingly average player into a quiet star.

Ryan Miller doesn’t always pass the eye test on paper, but after watching him play for a few innings, it’s clear that a baseball diamond is where he belongs.

“We get a bunch of ballplayers who don’t look like great players, and he was one of them,” said Patoka High School coach Joey Eddy. “People write them off, but they know how to play the game and go out and do their business.”

After finishing his high school career in May, the 5-foot-9 Miller has cemented his role as the starting first baseman or designated hitter for Vandalia’s Sr. Legion team, a who’s who of the area’s small-school all-stars.

But the story of Ryan Miller is more about the labels, and how he shed them.

Following his junior season with Patoka, Ryan Miller had high hopes of receiving a spot on the all-conference team for the Egyptian-Illini Conference.

He hit for a strong average. always seemed to be reaching base and was a standout defender at first base.

After the conference’s coaches convened following the season, there were five Patoka players named all-conference.

Miller was not included.

Instead, his was the first name among those who didn’t make the cut.

“That was the first time I saw him mad about something,” Eddy said. “He went out and made sure that wouldn’t happen again.”

Miller turned that disappointment into motivation, setting himself up for a big senior season and helping lead the Warriors to the regular-season conference championship.

He went 3-for-3 in the second game of the season, and by the end of the fall, his name was printed on the EIC’s all-conference squad.

“I thought I did well that (junior) year, so I was disappointed that I didn’t make it,” Miller said. “I came out harder and tried as hard as I could to put in more effort as a senior.”

Eddy said it was during Miller’s sophomore season when he discovered how strong of a hitter he had, and he watched Miller develop into a potential collegiate hitter.

“From his freshman year to senior year, he changed so much,” Eddy said. “He really had an attitude that he was going to be a baseball player, and got stronger, quicker and made the team better.”

Miller still plays like he has something to prove – hustling out of the batter’s box on routine grounders and popups, swiping a quick tag on every pickoff attempt and trying to at least knock down every ball thrown his way, no matter how high or low.

And that’s with good reason.

Ryan Miller always believed he had enough talent to earn a spot on a college roster.

But with the likes of Illinois College’s Quinn Wadkins and Greenville College’s Johnnie Clift in the same lineup, Miller was often overlooked.

Even Miller would admit that the past two Most Valuable Players of the EIC were deserving, but the 2013 MVP said that Miller’s contributions were just as valuable as his own.

“He hits the ball really well, and has a hard work ethic,” Clift said. “He easily could have won MVP.”

A conference MVP award certainly would have put college coaches on notice, but as it stands, Miller has to stand out in other ways.

His summer in Vandalia should be helping his cause.

Not only are coaches for Post 95 frantically searching for Miller’s next team, he is showing he belongs at the Sr. Legion level, which is scattered with college players, including six teammates and several others who should sign after high school.

“You might have a pitcher up there who thinks he can burn a fastball by him, but he’ll switch it and burn the pitcher by hitting a deep double or something,” said Clinton Hood, one of Miller’s classmates who is also a Vandalia teammate. “It’s awesome to have a guy who people overlook but has the ability to produce at the Sr. Legion level.”

Miller was hitting as high as .480 this summer after recording two hits in four of five games from June 8-14, and though his average has cooled to .329, he still has played in 11 of the past 12 games because his bat is such a threat.

Whether or not Miller can shed the label that he isn’t a college player is yet to be determined, but if he can’t, it’s at some college’s loss.

One label Miller doesn’t need to shed is – and always will be – that he is a team-first athlete, doing his part on and off the field to ensure his team is in its best position to win.

“He has a lot more to offer than his bat in the lineup and his glove in the field,” Hood said. “You never see him get down on himself or get mad at anybody else.

“If he ever sees an opportunity to lift somebody up, he does,” he said. “He’s a fun guy and a team guy, and that is what you want in a teammate.”

Miller – also an avid fisherman, whose big catch is a 10-pound bass at the Patoka reservoir – understands that one player can’t do the work of nine on a baseball field, so he has done his part to master his position, scooping several of his teammate’s errors out of the dirt in the process.

He has some power – more often in the way of doubles than home runs – but he’s never been one to look for a home run in a close game when a single will drive home an important run.

A third of his hits this summer have gone for extra bases, and he has 17 RBI in 23 starts. He strikes out only once every five to six at-bats, the sixth-best rate among regulars.

So maybe his numbers don’t lead his team, and maybe they would never lead any winning team.

Given a chance at the next level, Miller’s numbers very easily could catch up.

“He has the mentality to work at it,” Eddy said, “and if you have that, you can find roster spot.”

A love affair was born.

“That Marucci?” said teammate Johnnie Clift. “That was his baby. I’m actually surprised he started using it.”

“He treated that new bat like it was his son,” said Patoka High School coach Joey Eddy. “He was a mother hen to that thing.”

Miller had eight other senior teammates for the Warriors, and because baseball is played in both the fall and spring seasons, all of them had plenty of time to get to know each other’s quirks.

And, as most high school kids do, exploit those quirks as often as possible.

The fun has continued as Miller, Clift, Clinton Hood and Quinn Wadkins have been reunited in Vandalia for the Sr. Legion season.

Miller probably still keeps at least one eye on his bat at all times, but his protection has paid off.

“I got a brand new Marucci, and I didn’t want anybody to use it but me, because I didn’t want it to get broken,” Miller said. ”Everyone always grabbed it and acted it like they would hit rocks with it, but that bat’s doing well today.” 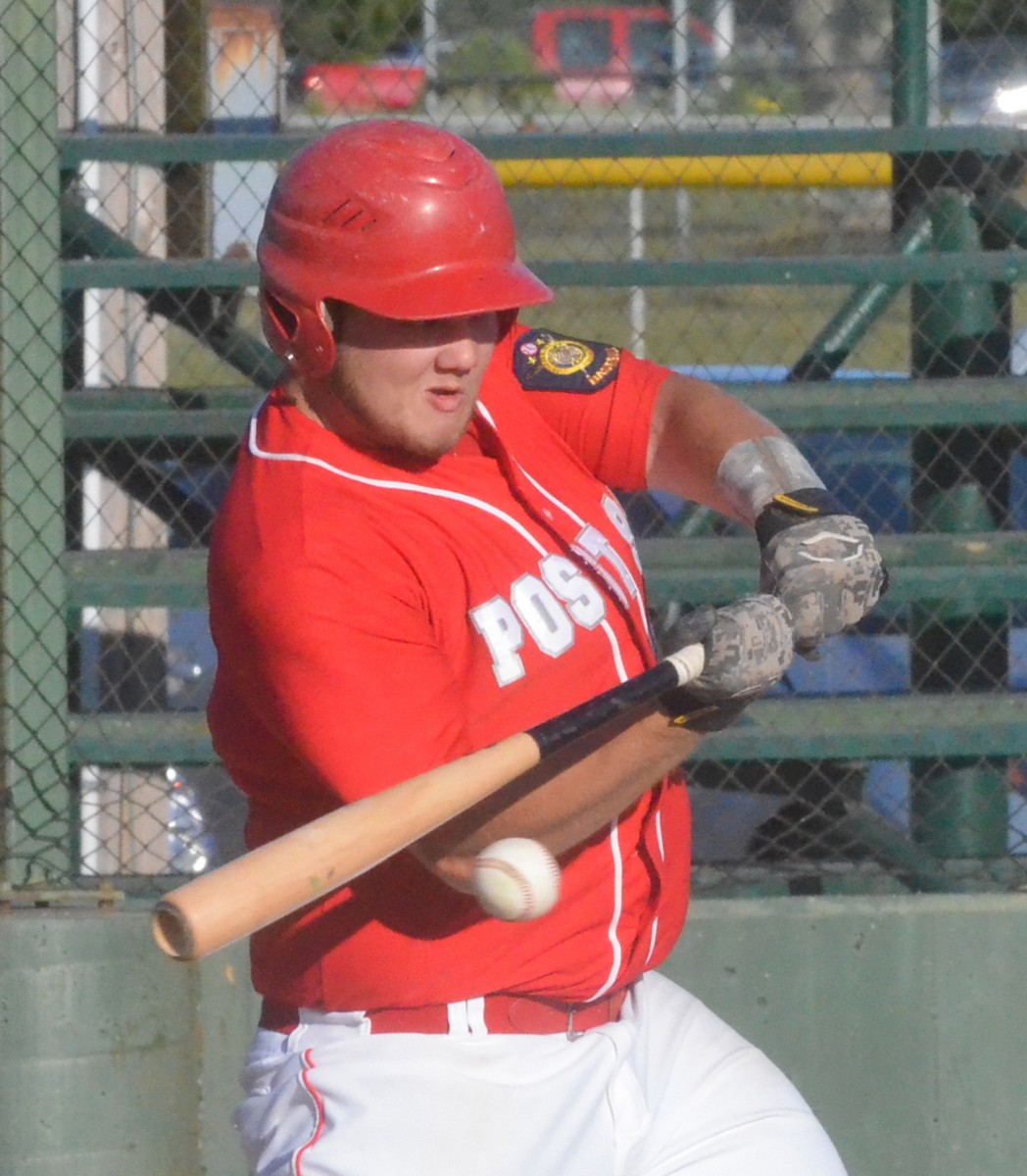