Five of six individuals riding in a van that crashed on Interstate 70 at Vandalia last Wednesday required medical treatment.

According to the Illinois State Police, Eleanor F. Schmeh, 67, of Oklahoma, was driving a Chrysler van east on I-70  shortly after 4 a.m. when she went off the road to the north near the 62-mile marker, striking a guard rail head-on.
Then, the ISP said, the vehicle rolled over on the driver’s side and slid across both lanes, coming to rest against the concrete bridge rail on the south side of the eastbound lanes.
Schmeh was extricated from the vehicle by the Vandalia Volunteer Fire Department and taken to St. Louis University Hospital in St. Louis.
Also taken to SLU Hospital were Jonathon Schmeh, 34, and Albert Schmeh, 68, both of Oklahoma.
Stephanie Forga, 33, and William Forga, 10 months, were taken to Fayette County Hospital for treatment.
A sixth passenger in the van did not require treatment. 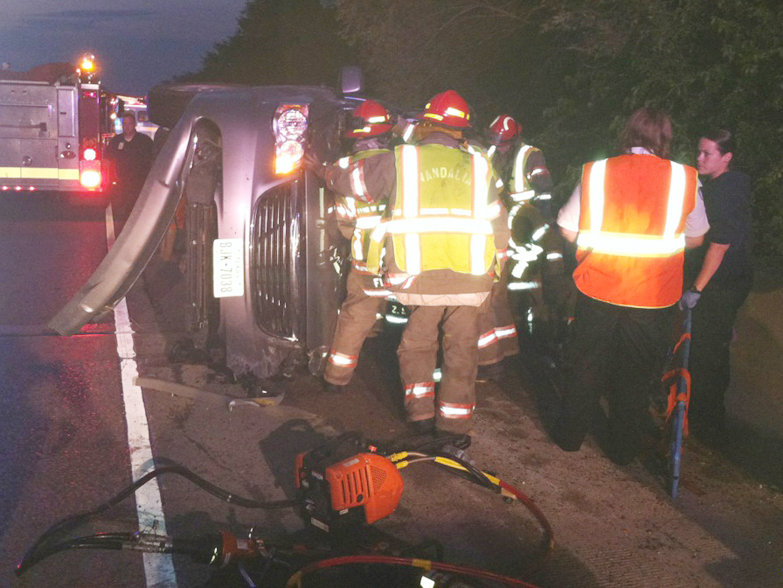 Vandalia firefighters extricate Eleanor Schmeh of Oklahoma following an accident near the 62-mile marker of I-70 early last Wednesday morning.