In a letter dated April 9, 1914, Sarah McAfee Jerauld responded to a request by the editor of The Vandalia Union to write of her experiences for the anniversary issue of the newspaper.
She wrote, “When I moved to Vandalia in March 1852, there was not a foot of brick pavement in town and only 10 brick houses.

“These included the old State House, the school house which stood where the High School now stands (Central High Apartments), the Blackwell building, the G.H. Dieckmann building used for a drug store below, the family occupying the second floor and the Masons on the third floor, now the G.A.R. hall and Misses Hanley’s Millinery Store and further down the street A.H. Dieckmann lived in a two-story house which was torn down in 1863 and the present house (known as the Aragon Hotel) built which Mr. Dieckmann occupied until his death.
“A three-story brick was on the corner of Gallatin and Sixth Street and Mr. Cheney had been conducting a dry goods store on the lower level, family living above but the store was in the hands of a receiver when I came in 1852.
“Where Mr. Stone now lives was a small one-story house where Mr. Charles Capps lived, a brother to Ebenezer and Benjamin Capps and on Eighth Street was a little brick house known as the Henrietta Yerker house and another just north of Mr. J. Bennyhoff’s present house where Mr. and Mrs. Banington lived and last, but not least, the Illinois Central depot with the agent living upstairs.
“There was not a street light and everyone carried a lantern or waded the mud as he chose.
“There were four churches, Presbyterian who met in the old frame building on their present location, the Methodist Episcopal just north of the Gregory home on Fourth Street, the Lutheran on Main Street, east of Sonnemann Lumber yard and the Catholic Church on the corner of Eighth and Randolph Streets.
“Church lines then were not so closely drawn as now and when either church went to make up the preacher’s salary they went to everybody or if they were going to have a strawberry festival or bazaar (all the kinds of entertainment we had), we solicited from everybody and all came to eat or buy.
“In the manner of dress is also much change and we never thought of wearing our Sunday clothes during the week and always wore our shakers or corded sunbonnets to prayer meeting and calico was 35 cents a yard; bleached factory muslin 40 cts. a yard; unbleached a little less; coal oil 40 cts. a gallon and other things in proportion and coffee was so high that most people used rye, chicory, beans or other substitute.
“There were no ready made clothes for men or women and you bought your goods, wife or some other woman or the tailor cut and made all the clothes for the family from the father down to the youngest child; perhaps they did not fit as nicely as now but they wore them and we knit all the stockings and socks for the family, both cotton and woolen, but they did not knit them so long as they are now worn and expert knitters could knit a pair of socks in a day.”
Written memories from people such as Sarah Jerauld are very helpful to historians and history buffs and the people, places and events that people such as Mrs. Jerauld wrote about are the closest we can get to the times and trials that people of Fayette County encountered during the early days. 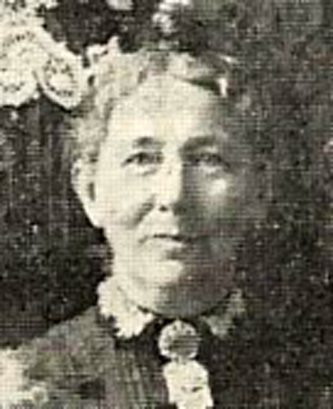