About 200 clients of FAYCO Enterprises from Vandalia and Hillsboro were surprised to see a special visitor at their day camp on Friday, June 20.

Michael Jackson impersonator Nancy Ansley attended the day camp, held at the American Legion Home in Vandalia.
FAYCO Executive Director Kim Taylor said that the sheltered workshop holds two day camps each year, one in the summer and one at Halloween.
The theme of this summer's day camp was "Celebrities."
Taylor said that Ansley's performance was sponsored in part with a donation from OTS Logistics in Brownstown, and that the Fayette County Knights of Columbus provided the meal for the day camp. 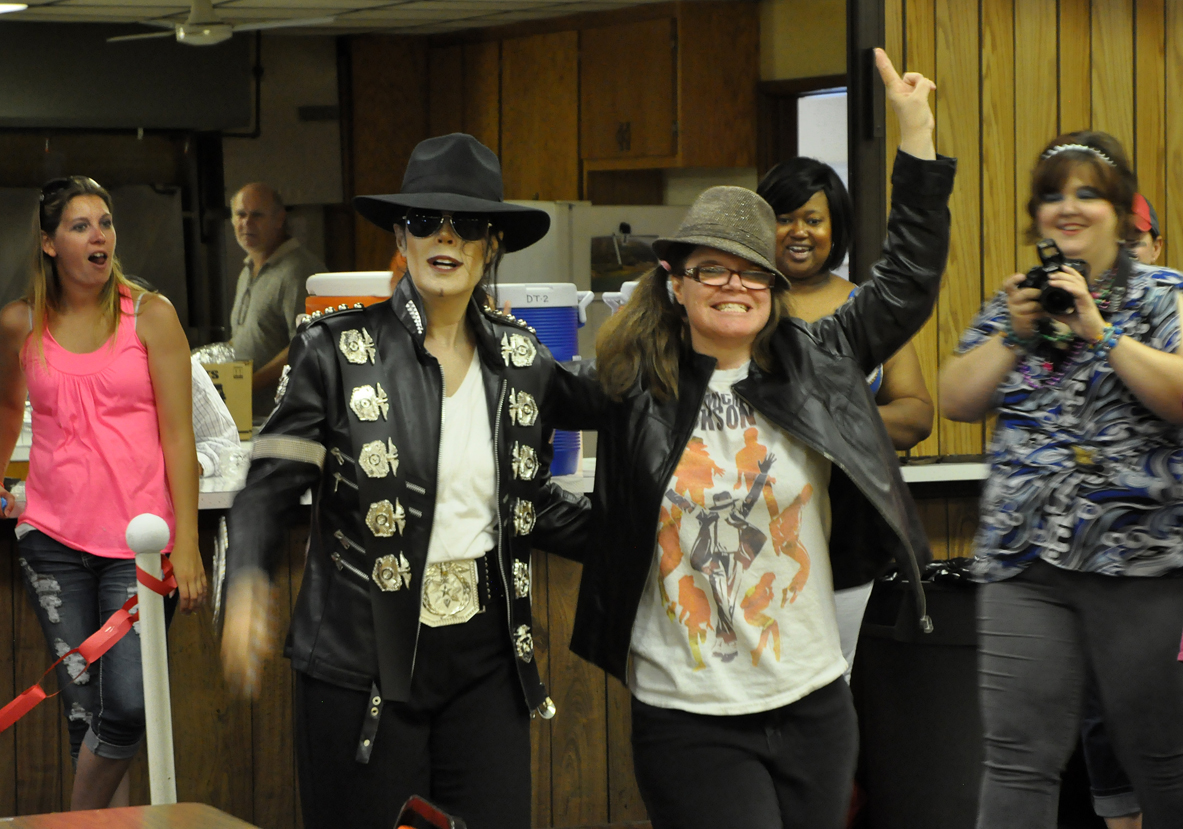 Ansley performs for FAYCO clients at their day camp on Friday, June 20, at the American Legion Home. 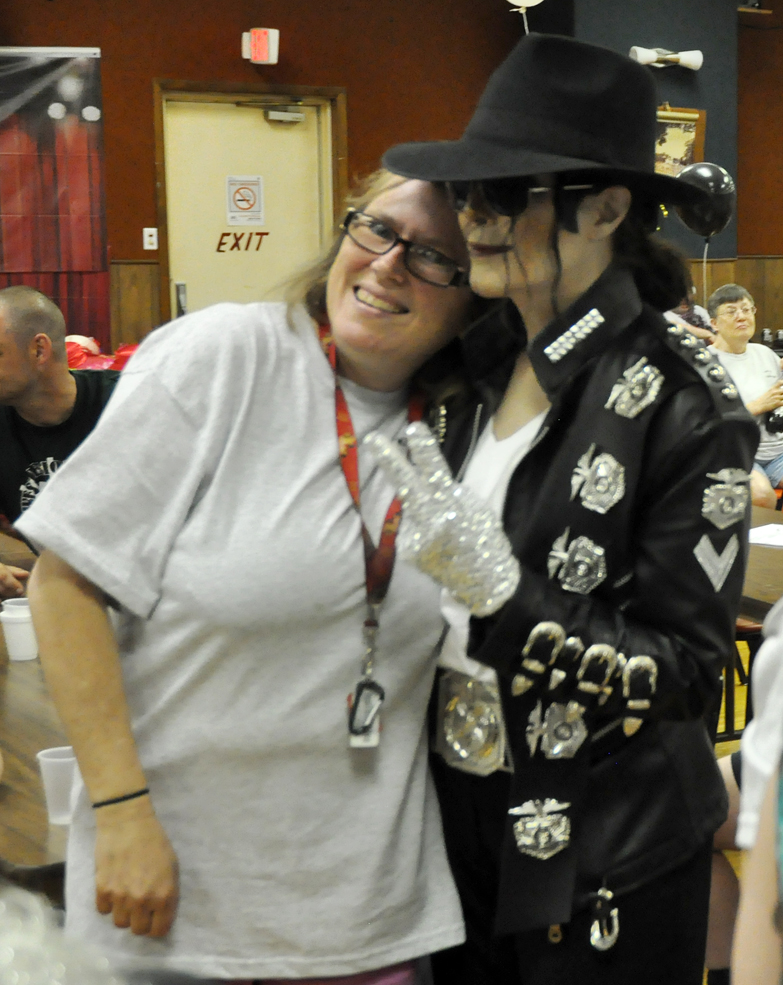 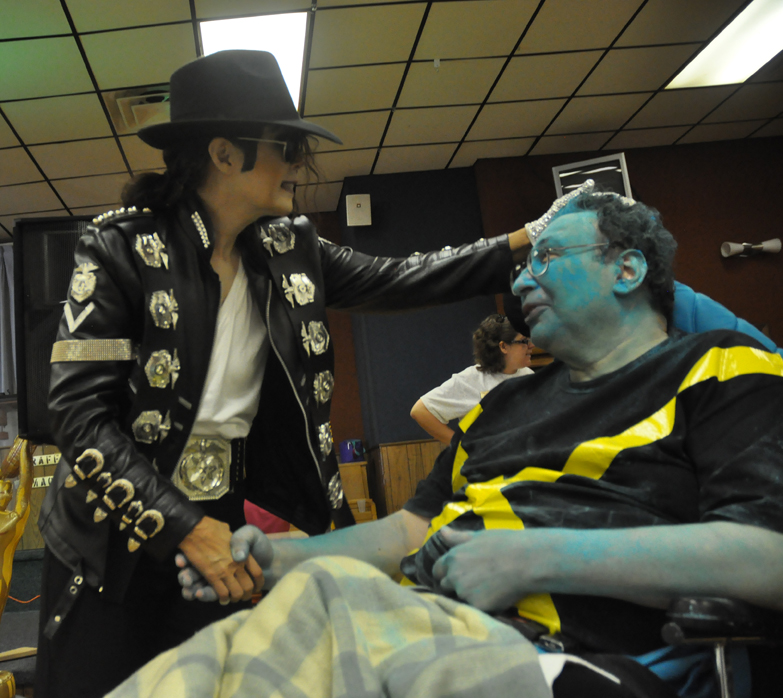 Nancy Ansley is greeted by FAYCO client Tom Petry, who dressed as his favorite character from the X-Men movie.