Catholic Daughters of the Americas met on June 2 for its monthly meeting, which began with installation of new officers.

Marge Pearcy, district deputy, was present to lead the installation ceremony.
Old business was discussed, which included the members donating peanut butter and jelly for the Summer Lunch Program locally.
Rosaries will still be collected and sent to soldiers overseas.
Members were encouraged to visit of the upcoming Right To Life booth that will again be set up at the Fayette County Fair the second week in July.
A trip to Our Lady of the Snow and a showing of the movie “The Song of Bernadette” were discussed for later this summer.
The meeting was ended with group prayer. 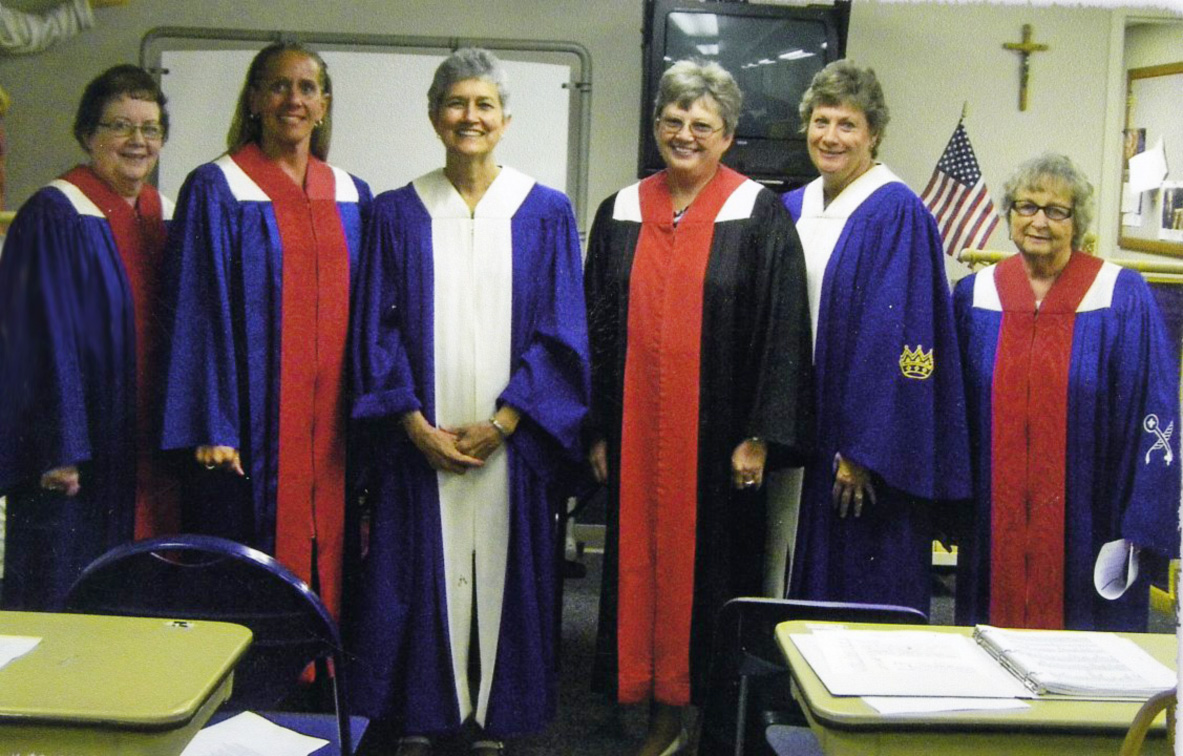 The new Catholic Daughters of America officers are pictured above. From left to right are: Grace Thull, treasure