VANDALIA – Vandalia’s Jr. Legion squad doesn’t have a roster filled with big-name players from the area, but Steve Dangbar has the team playing well, despite a losing record.

Of Vandalia’s 11 losses, five have come by three runs or fewer. If the team can find a few more clutch hits as the season wears on, Post 95 could be a dark horse team in the District Tournament, which begins on July 17.

Zach Schaal stroked an RBI double, and Zeke Cassidy brought in a run on a groundout against Altamont, but those sixth-inning runs were the only two of the game for Vandalia (5-11).

Noah Murray and Austin Hoehn each had two hits.

Altamont took an early lead with a run in the top of the first inning, and a leadoff triple and run in the second.

Two more runs crossed with one out in the fourth inning.

After that, however, Matt Rademacher found his groove, and finished with a quality start for Post 95.

He struck out five in a complete game, allowing four earned runs on five hits, three walks and two hit batsmen, as he searched for his first win since June 8. 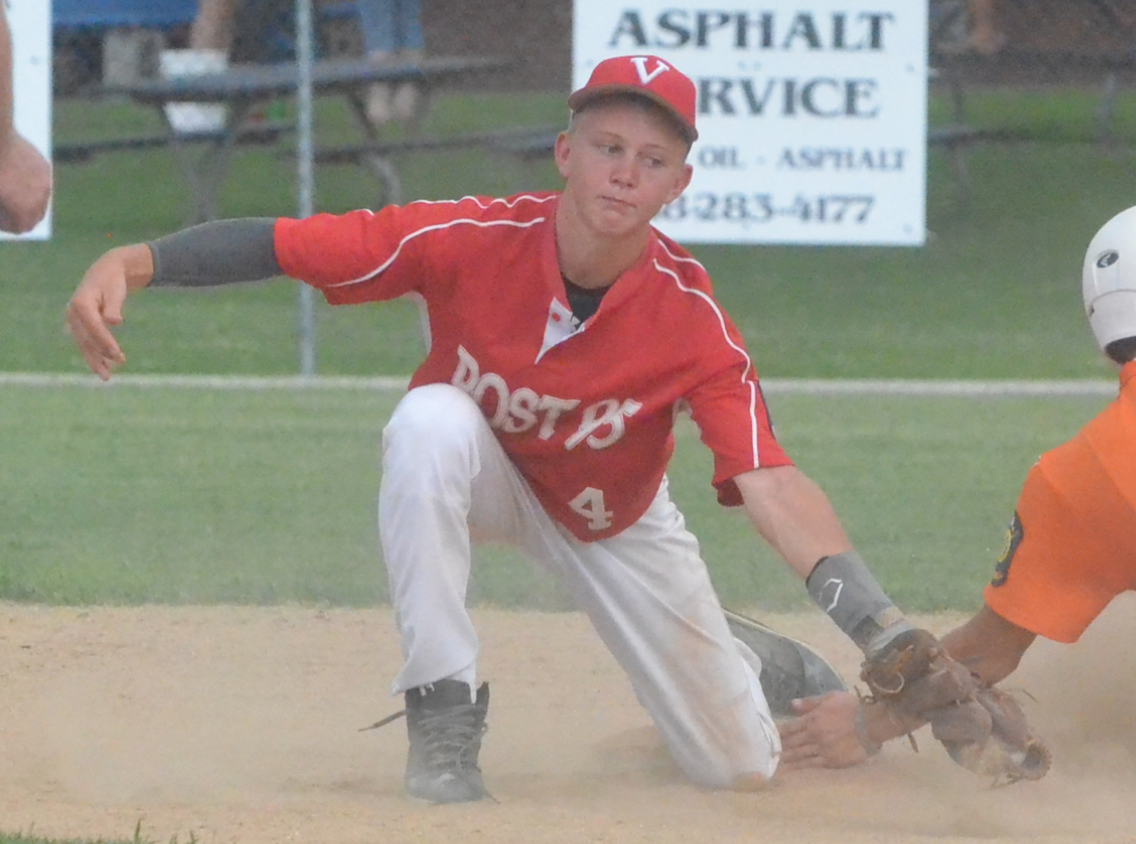 Vandalia’s Cole Horner tags out a base stealer during last Friday’s 4-2 loss to Altamont.